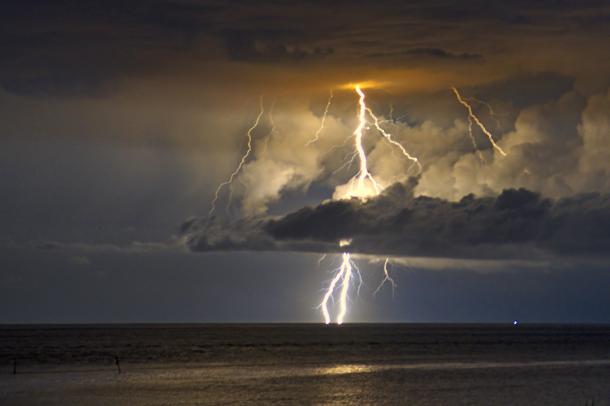 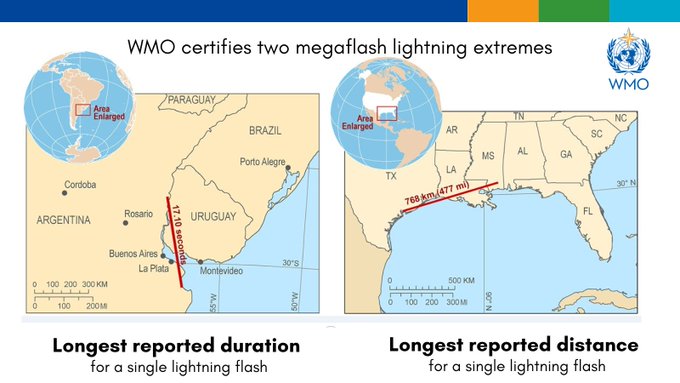 The new record for the longest detected megaflash distance is 60 kilometres more than the previous record, with a distance of 709 ± 8 km (440.6 ± 5 mi) across parts of southern Brazil on 31 October 2018. Both the previous and new record used the same maximum great circle distance methodology to measure flash extent.

The longest duration megaflash had a previous duration of 16.73 seconds which was derived from a flash that developed continuously over northern Argentina on 4 March 2019, 0.37 seconds shorter than the new record.

The findings were published in the Bulletin of the American Meteorological Society.

“These are extraordinary records from single lightning flash events. Environmental extremes are living measurements of the power of nature, as well as scientific progress in being able to make such assessments. It is likely that even greater extremes still exist, and that we will be able to observe them as lightning detection technology improves,” said Professor Randall Cerveny, rapporteur of Weather and Climate Extremes for WMO.

Noted lightning specialist and committee member Ron Holle noted, “these extremely large and long-duration lightning events were not isolated but happened during active thunderstorms. Any time there is thunder heard it is time to reach a lightning-safe place.”

The only lightning-safe locations are substantial buildings that have wiring and plumbing; not structures such as at a beach or bus stop. The second reliably safe location is inside a fully enclosed metal-topped vehicle; not dune buggies or motorcycles. If lightning is within 10 km as found with reliable lightning data, go to the lightning safe building or vehicle. As these extreme cases show, lightning can arrive within seconds over a long distance, but they are embedded within larger thunderstorms, so be aware.”

The previous assessments that established the flash duration and extent records used data collected by ground-based Lightning Mapping Array (LMA) networks. Many lightning scientists acknowledged that there are upper limits for the scale of lightning that could be observed by any existing LMA. Identifying megaflashes beyond these extremes would require a lightning mapping technology with a larger observation domain.

"Lightning is a surprisingly elusive and complex natural phenomenon for the impact that it has on our daily lives. We are now at a place where we have excellent measurements of its many facets, which allow us to discover surprising new aspects of its behavior. Now that we have a robust record of these monster flashes, we can begin to understand how they occur and appreciate the disproportionate impact that they have. There is still a lot that we do not know about these monsters, but as an early career scientist, it is a privilege to stand among my colleagues at the forefront of this new and exciting area of research and to push the boundaries of our understanding of what lightning is capable of."” said lead author and evaluation committee member Michael J. Peterson, of the Space and Remote Sensing Group (ISR-2) of Los Alamos National Laboratory, USA.

The space-based instruments will provide near-global coverage of total lightning (both intracloud flashes and cloud-to-ground flashes). 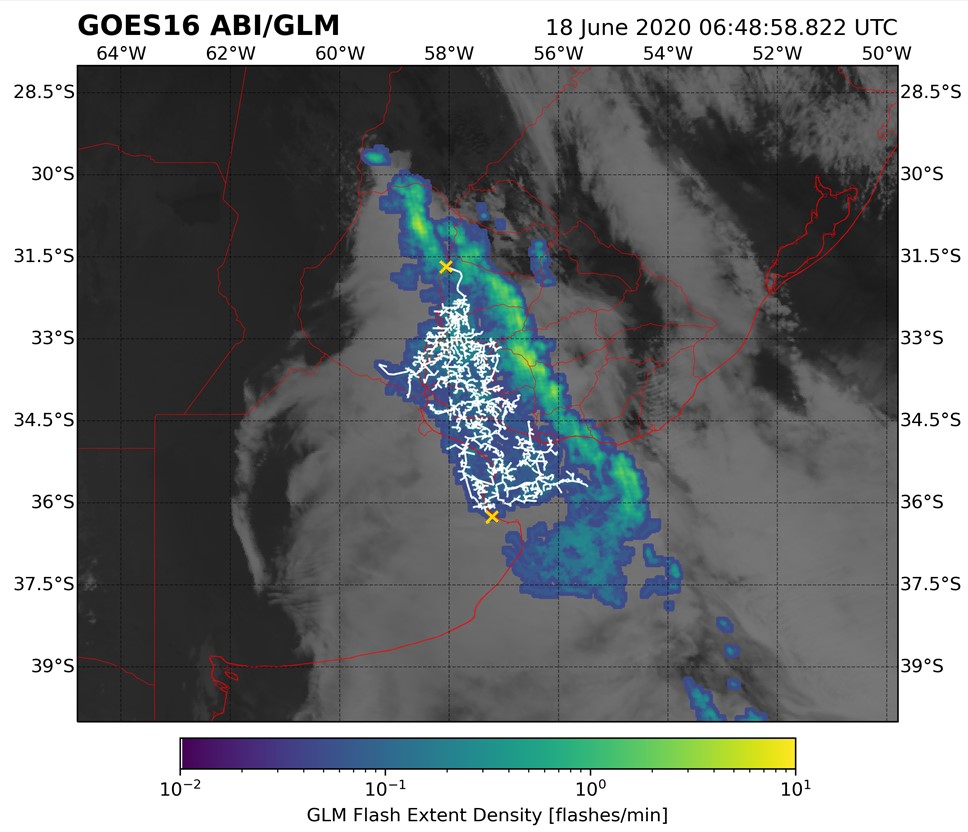 Satellite image of record duration of lightning flash over Uruguay and Argentina on 18 June 2020 with a 17.102 s duration. The horizontal structure (white line segments) and maximum extent (gold X symbols) of this megaflash are overlaid. 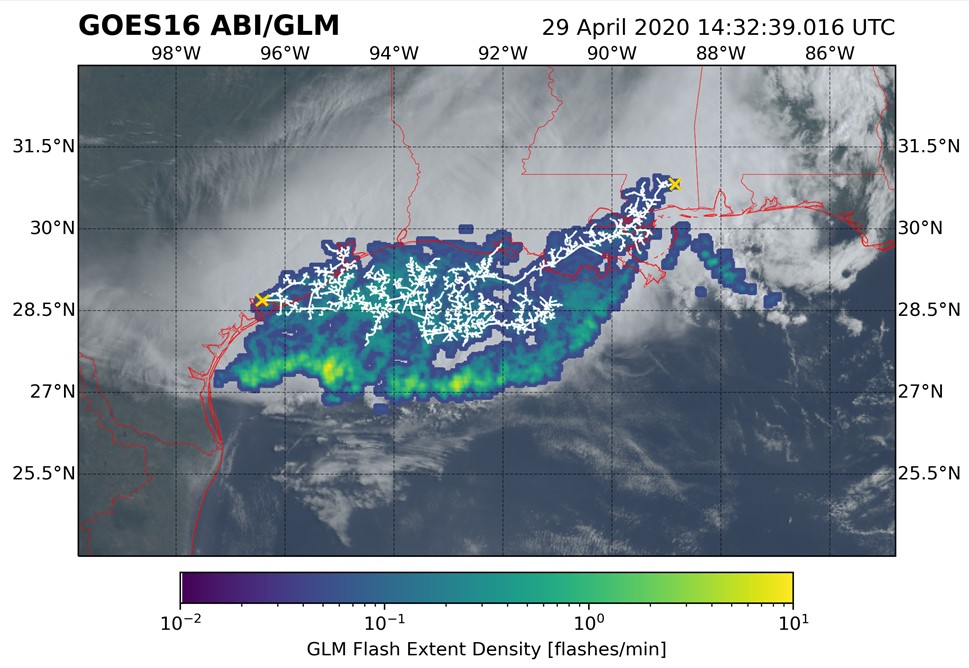 Satellite image of record extent of lightning flash over the southern United States on 29 April 2020 covered a horizontal distance of 768 ± 8 km (477.2 ± 5 mi).  The horizontal structure (white line segments) and maximum extent (gold X symbols) of this megaflash are overlaid.