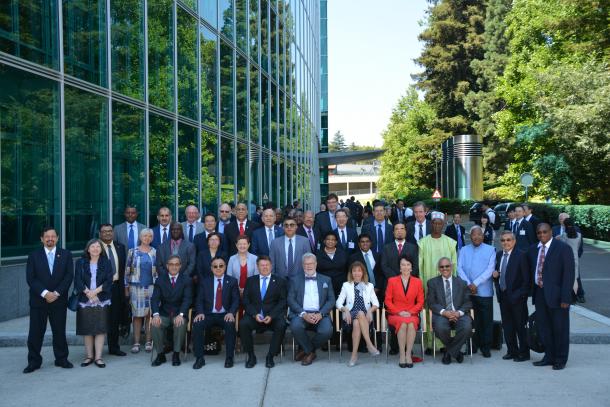 Geneva, 20 June 2018 - The World Meteorological Organization’s Executive Council holds its annual session from 20-29 June, with a focus on addressing high-impact weather, climate change and environmental challenges. It will also discuss evolving relationships with the rapidly growing private sector, as well as observations, satellites and data exchange. There will be a special one-day dialogue on water. 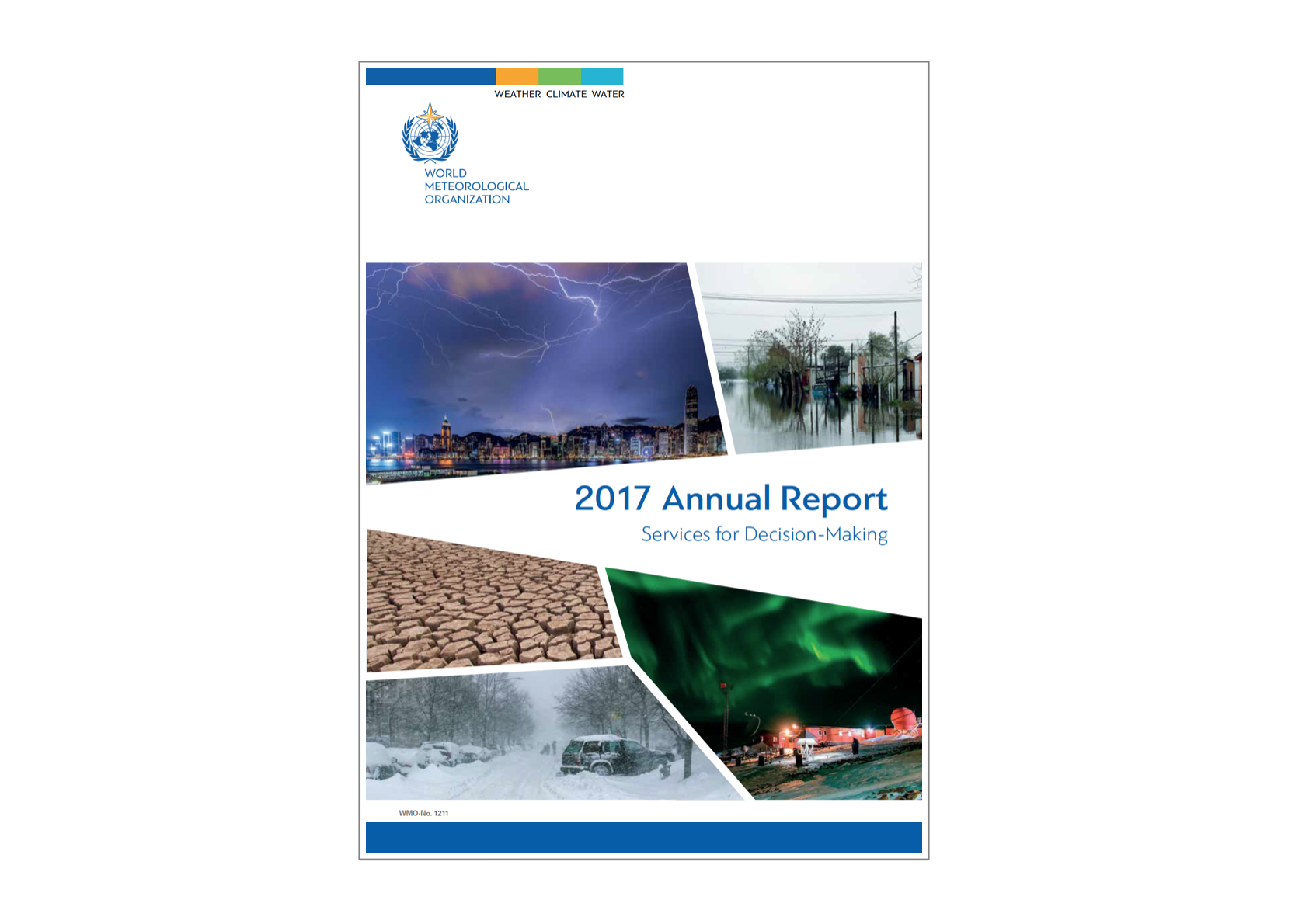 The outcomes of the Executive Council will help shape the WMO contribution to the global agenda on disaster risk reduction, sustainable development and climate change. The Executive Council will discuss reform of WMO’s structure to meet the rapidly growing need for weather, climate and water services and scientific know-how to enhance the value of WMO activities for its Members and other international organizations.

WMO is strengthening partnerships within the UN system on issues such as disaster risk reduction, food security, health and air quality. WMO is also seeking to meet the needs of development and humanitarian agencies as well as support its developing country Members with more information on El Niño and La Niña events and seasonal predictions, as well as warnings of extreme weather through a global MeteoAlarm system.

“The warming climate is having significant socio-economic impacts, from climate migrations, increases in climate-related disease that disproportionally impact vulnerable communities, scarcity of water leading to food insecurity,” said WMO President David Grimes, adding that poor air quality leads to an estimated 3.7 million premature deaths per year. Despite the growing challenges, huge progress has been made in protecting people and property, said Mr Grimes.

“Decision-makers need to understand how climate variability and change are likely to affect key sectors such as agriculture, water resources, energy production, finance, migration, public health and disaster risk management. Integrating weather and climate information with socioeconomic, geographical and other data makes it possible to create particularly powerful decision-support tools. WMO has recently signed new partnership agreements with the World Health Organization on air quality, climate and health and with  the Food and Agriculture Organization on agricultural and food security services,” according to Mr Taalas.

In 2017 the world witnessed an array of destructive weather events and record-breaking climate extremes. That trend has continued in the first six months of 2018, accompanied by long-term climate change indicators including record carbon dioxide levels and low sea ice.

The average monthly concentration of carbon dioxide in the atmosphere at Mauna Loa Observatory in Hawaii for the first time in recorded history was above 410 parts per million in April. Arctic sea ice cover is yet again well below the long term average. The rate of sea level rise resulting from the melting of the Antarctic ice sheet has tripled over the past five years, according to new research.

The start of the South Asian monsoon season has brought unusually heavy rainfall to Bangladesh, adding to the misery of hundreds of thousands of refugees. Floods and have affected hundreds of thousands of people and killed dozens in East Africa. Rare tropical cyclones hit Somalia, Djibouti, Yemen and Oman. Sand and dust storms in India have killed several hundred people whilst Pakistan has suffered successive heatwaves.

Unusually high temperatures and lack of rainfall have combined to pose a risk of wildfires in Scandinavia and the Baltic region, whilst other parts of Europe such as France have seen new daily rainfall records this month.

The Caribbean is preparing for yet another hurricane season, whilst still trying to recover from the 2017 devastating season, which was the costliest on record. Drought is gripping the southwest USA and southern Australia.

The Executive Council will finalise the proposed WMO Strategic Plan, which forges the Organization’s vision through to 2030 with key priorities on disaster risk preparedness and reduction, climate change adaptation and socioeconomic benefits. The plan defines strategic objectives for 2020-2023 aiming at greater integration of critical Earth system systems and services of observations, data exchange and scientific research.

The Executive Council will also discuss the budget for 2020-2023 and future structure of constituent bodies of the WMO to ensure that WMO can effectively engage best technical and scientific expertise and leverage more resources to enable all Members to deliver on SDGs in a rapidly changing world. The need for regular reform is being driven by growing demand from Members, as well as by environmental degradation, resource constraints, increased competition, technological advances, and other forces.

The goal for WMO is to remain fit-for-purpose and to become more and more nimble and cost-effective. The reform aims to coordinate systems of observation and data management, to standardize observations and measurements, to provide mechanisms for engaging with partners beyond the WMO community and to harmonize services for decision-making and socioeconomic benefits.

The potential benefits of the WMO reform process:

The Executive Council coordinates programmes, manages the budget, considers and acts on resolutions and recommendations from the regional associations and technical commissions, and studies and makes recommendations on matters affecting international meteorology and related activities. 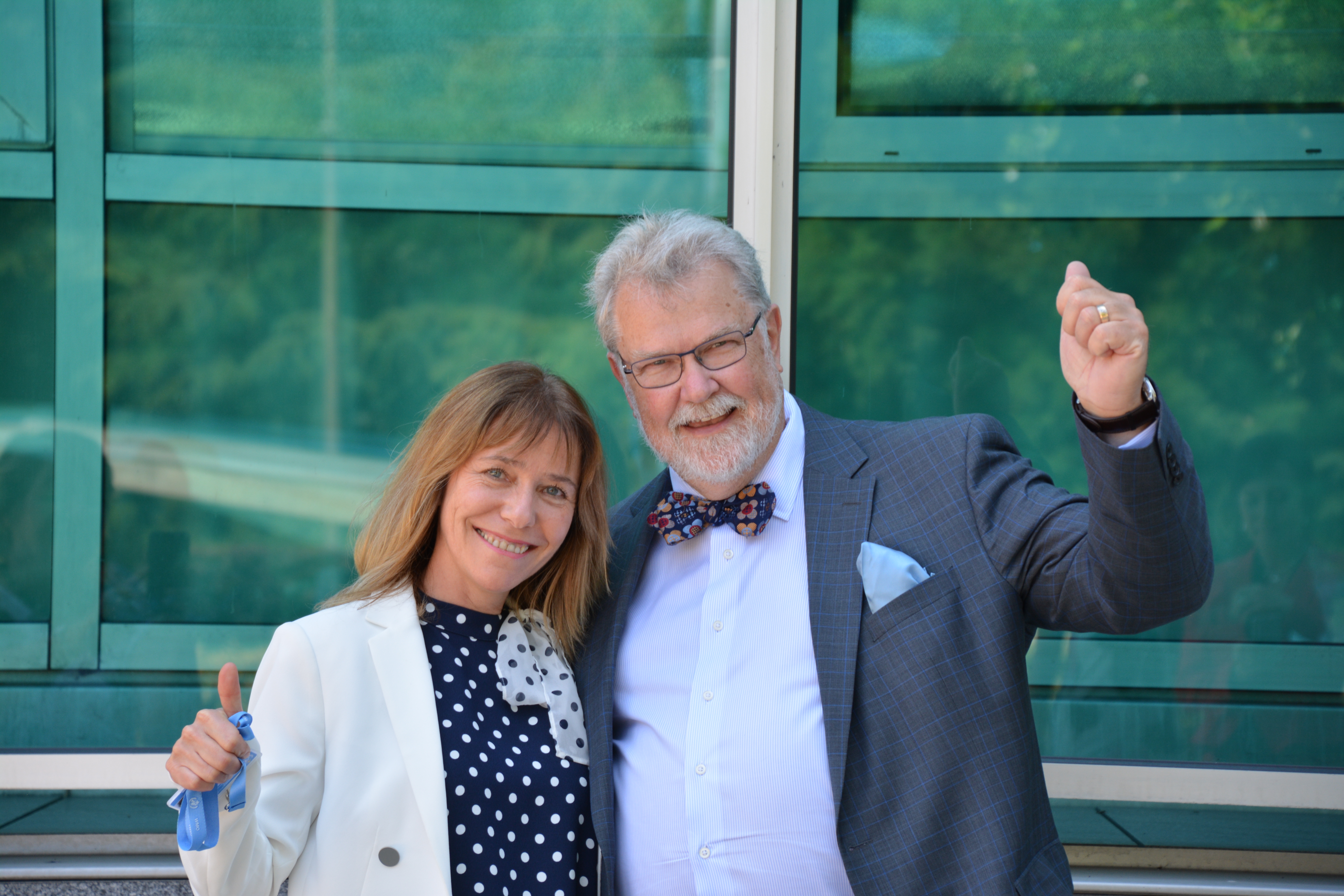 WMO President David Grimes (Canada) presides over the session, supported by a Vice-President Celeste Saulo (Argentina). The presidents of WMO’s six regional associations, and 27 directors of National Meteorological and Hydrological Services also sit on the Council.