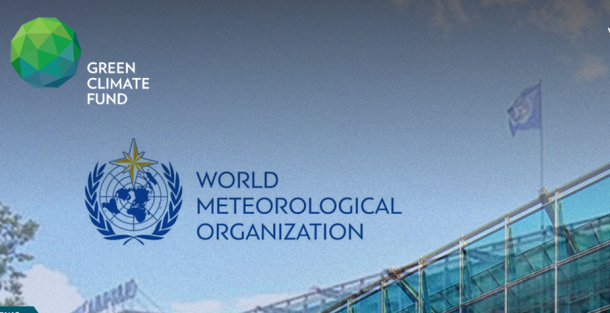 June 3, 2016 (WMO) The World Meteorological Organization (WMO) has become the first UN specialized agency to formalize its relationship with the Green Climate Fund (GCF). By signing its accreditation master agreement with GCF, the WMO can now receive financial resources for climate action programmes and projects.

This development represents an important milestone for both GCF and the UN system, signaling the role of the Fund in supporting international organizations to advance low-emission, carbon-resilient and adaptation programmes and projects through GCF in developing countries.

“The Green Climate Fund is pleased to have the World Meteorological Organization as the first UN organization to formalize its relationship with the Fund,” said Héla Cheikhrouhou, Executive Director of GCF. “As the lead coordinating body for global climate research, the WMO brings a high level of expertise and a unique perspective to strengthen the support GCF will provide to countries in implementing the Paris Agreement,” she said.

“WMO is honoured to be the first UN agency to formalize its relationship with the Green Climate Fund,” said WMO Secretary-General Petteri Taalas. “WMO is currently drawing up proposals for submission in support of climate change mitigation and adaptation in developing countries.”

“Carbon dioxide levels are reaching unprecedented heights. Global temperatures have broken  historic records by wide margins, and extreme events such as flooding and heatwaves are becoming regular occurrences. This underlines the urgency of implementing the Paris Agreement without delay. The Green Climate Fund will help developing countries access the finance necessary to do this,” said Mr Taalas.

WMO’s proposals will focus on GCF investment priorities. These include:

Within these broad priorities, WMO will seek support for developing an Integrated Global Greenhouse Gas Information System that will allow governments to identify and closely monitor specific sources of national emissions (for instance, urban areas) in order to craft more targeted measures for limiting them. This would be build on the successful WMO Global Atmosphere Watch Programme which measures atmospheric greenhouse gas concentrations.

An accreditation master agreement is the central instrument in the relationship between GCF and an Accredited Entity. It sets out the basic terms and conditions as to how the accredited entity and GCF can work together for the use of GCF resources.

In addition to WMO, several other UN system organizations are in the process of finalizing their respective accreditation master agreement with the Fund.