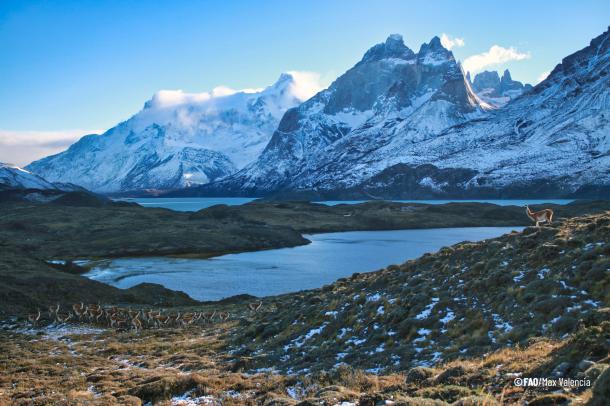 Cartagena/Geneva, 22 July 2022 (WMO) - Extreme weather and climate change impacts including mega-drought, extreme rainfall, land and marine heatwaves and glacier melt are affecting the Latin America and the Caribbean region, from the Amazon to the Andes and from Pacific and Atlantic Ocean waters to the snowy depths of Patagonia.

The World Meteorological Organization (WMO) State of the Climate in Latin America and the Caribbean 2021 highlighted the far-reaching repercussions for ecosystems, food and water security, human health and poverty.

Deforestation rates were the highest since 2009, in a blow for both the environment and climate change mitigation. Andean glaciers have lost more than 30 percent of their area in less than 50 years. The “Central Chile Mega drought” is the longest in at least 1,000 years. 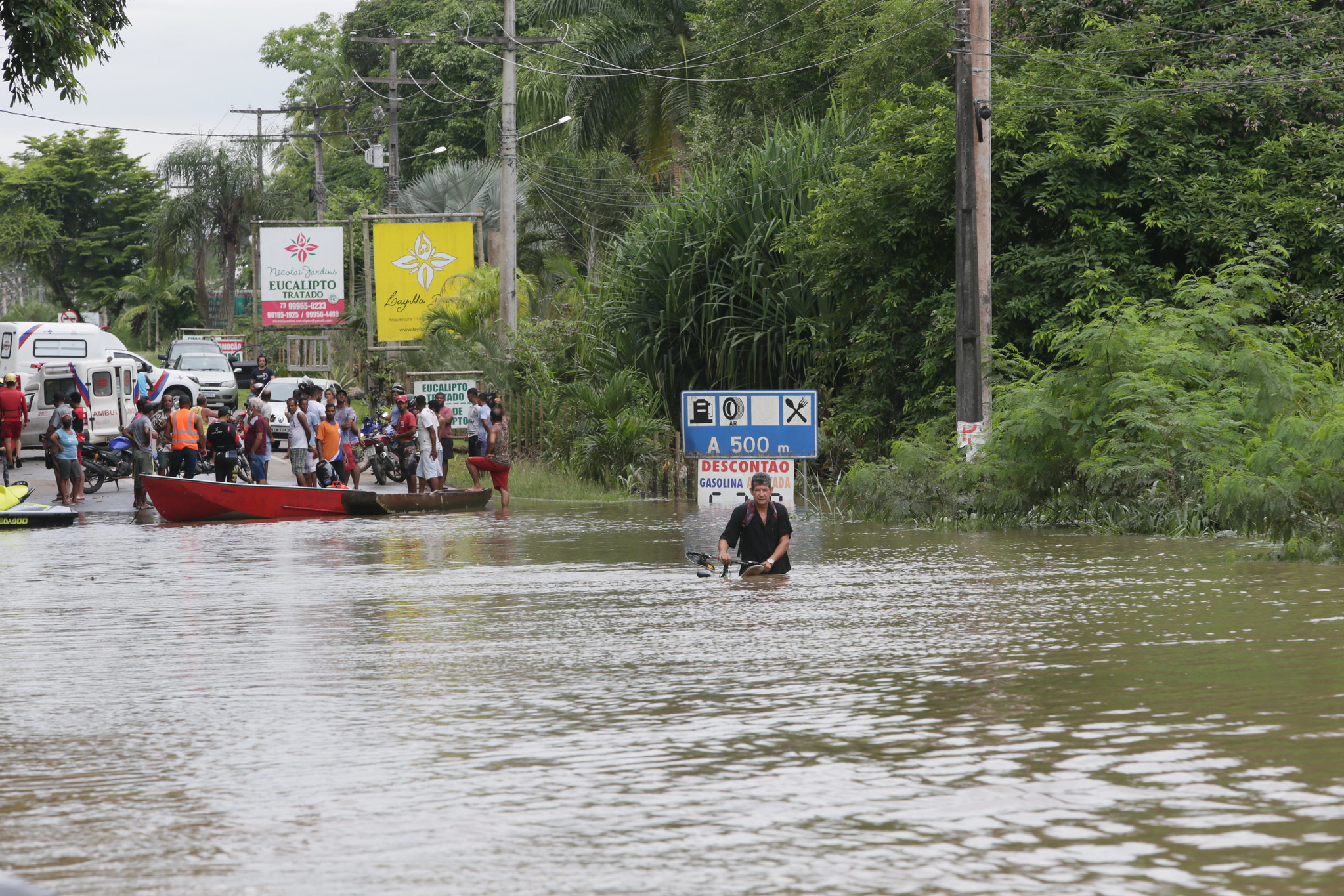 “Increasing sea-level rise and ocean warming are expected to continue to affect coastal livelihoods, tourism, health, food, energy, and water security, particularly in small islands and Central American countries. For many Andean cities, melting glaciers represent the loss of a significant source of freshwater currently used for domestic use, irrigation, and hydroelectric power. In South America, the continued degradation of the Amazon rain forest is still being highlighted as a major concern for the region but also for global climate, considering the role of the forest in the carbon cycle,” said Prof. Taalas.

The report was released during a WMO Regional Technical Conference for South American countries, organized by WMO in Cartagena, Colombia, on 22 July 2022.This is the second year that WMO has produced this annual regional report, which provides decision-makers more localized information to inform action. It is accompanied by an interactive Story Map.

“Worsening climate change and the compounding effects of the COVID-19 pandemic have not only impacted the biodiversity of the region, but have also stalled decades of progress against poverty, food insecurity and the reduction of inequality in the region,” said Dr. Mario Cimoli of Economic Commission for Latin America and the Caribbean (ECLAC).

“Addressing such interconnected challenges and their associated impacts will require an interconnected effort. No matter how it is taken, action must be informed by science. The State of the Climate in Latin America and the Caribbean report, the second of its kind, is a critical source of science-based information for climate policy and decision-making. ECLAC will continue to play an active role in this dissemination of weather and climate information to foster more partnerships, improved climate services and stronger climate policy across Latin America and the Caribbean,” he said.

Reasons of concern and knowledge gaps 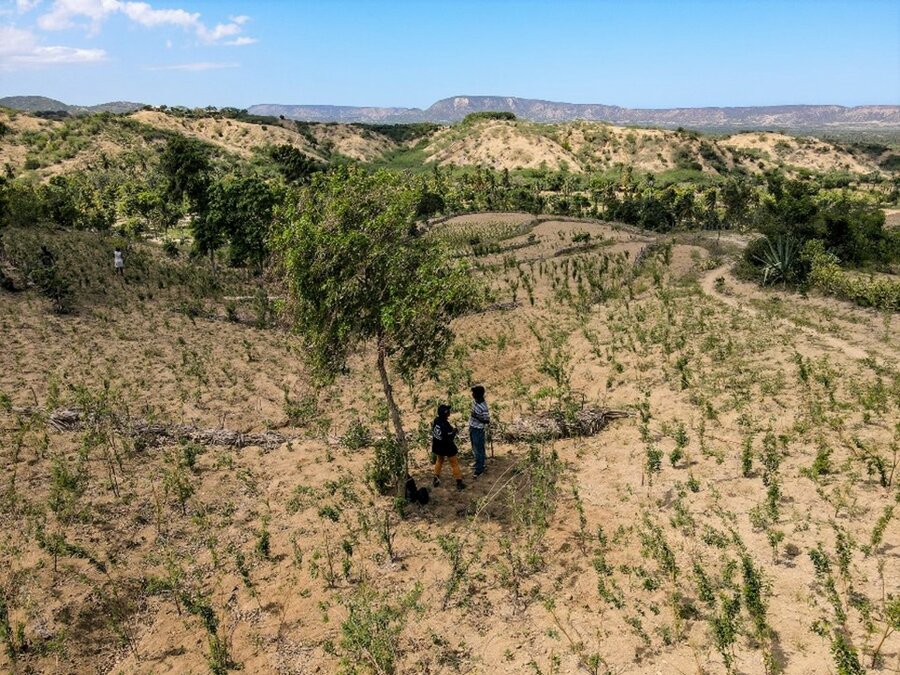 The IPCC Sixth Assessment Report shows how precipitation patterns are shifting, temperatures are rising, and some areas are experiencing changes in the frequency and severity of weather extremes such as heavy rains.

The two great oceans that flank the continent—the Pacific and the Atlantic—are warming and becoming more acidic as a result of carbon dioxide while sea level also rises.

Unfortunately, greater impact is in store for the region as both the atmosphere and ocean continue to rapidly change. Food and water supplies will be disrupted. Towns and cities and the infrastructure required to sustain them will be increasingly at risk.

Human health and welfare will be adversely affected, along with natural ecosystems.  Amazonia, northeastern Brazil, Central America, the Caribbean, and some parts of Mexico will likely see increased drought conditions, while hurricanes impacts may increase in Central America and the Caribbean. Climate change is threatening vital systems in the region, such as the glaciers in the Andes, the coral reefs in Central America, the Amazon forest, that are already approaching critical conditions under risk of irreversible damage.

In addition to impacts from the COVID-19 pandemic, in the LAC region the United Nations Office for Disaster Risk Reduction registered a total of 175 disasters during the 2020-2022 period. Of these, 88% have meteorological, climatological and hydrological origins. These hazards accounted for 40% of recorded disaster-related deaths and 71% of the economic losses.

To reduce adverse impacts of climate-related disasters and support resource management decisions and improved outcomes, climate services, end-to-end early warning systems, and sustainable investments are required but are not yet adequately deployed in the LAC region.

WMO extends its gratitude for all the dedicated hard work from WMO’s network of experts who ensure that this report is an authoritative source of information. We are especially grateful to Dr Jose Marengo of Brazil’s National Centre for Monitoring and Early Warning of Natural Disasters who acted as lead author.

Information used in this report is sourced from a large number of National Meteorological and Hydrological Services (NMHSs) and associated institutions, as well as Regional Climate Centres.