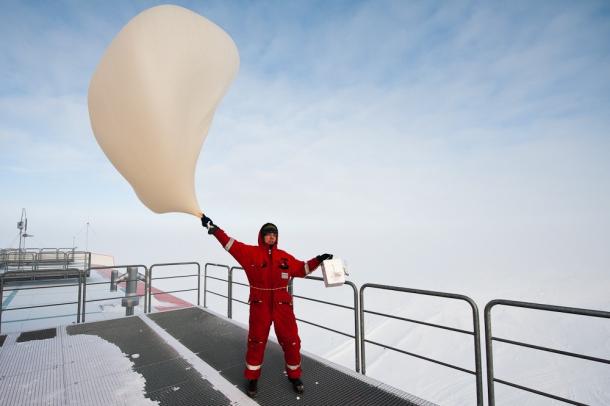 Air quality regulations and anti-pollution measures in Europe and North America have had very positive impacts on air quality. Since the year 2000, both average and peak surface ozone concentrations  have levelled off and even started to fall at some locations after increasing throughout the twentieth century, according to a new report from the World Meteorological Organization.

By contrast, the few available monitoring stations in East Asia have measured a continuous increase in ozone levels. Tropospheric ozone is harmful to human health, crops and ecosystems and is also a greenhouse gas and, due to long-distance atmospheric transport, some surface sites on the west coast of North America also show a continued increase, according to the WMO Reactive Gases Bulletin.

“The stratospheric ozone layer protects us by absorbing harmful ultraviolet radiation from the sun. However, in the low-level troposphere, ozone is harmful to human respiratory and cardiovascular systems and contributes to the premature death of hundreds of thousands of people each year,” said Martin Schultz from the research center Jülich, Germany, who until recently chaired WMO’s Reactive Gases Scientific Advisory Group.  “Scientific assessments of tropospheric ozone are a vital tool to inform health policies and action on long-range transboundary air pollution,” continued Mr Schultz.

The WMO Reactive Gases Bulletin emphasizes that there is a need for more widespread and systematic surface observations, which are sparse or lacking in many parts of the world. This would enable better scientific assessments of the global distribution and impacts of ozone. There is also a need for more urban monitoring of ozone precursors, which is necessary to investigate episodes of high ozone levels and to verify compliance with air quality regulations.

Even in locations which have seen a clear downward trend in ozone concentrations,  high ozone levels are still occurring. Thus, in Europe, there were extreme ozone episodes in 2003 and 2006 as a result of heatwaves that affected  the continent in those years, with an increase in mortality resulting from both heat stress and ozone pollution. Ozone levels in 2018 were also high, but the data still need to be fully analysed and quality controlled.

“Climate change is leading to more frequent and intense heatwaves, and this may have an impact on exposure to high  ozone concentrations which are damaging human and plant health,” said Oksana Tarasova, Chief of WMO’s Atmospheric Environment Research Division.

Air pollution is one of the largest causes of death worldwide, claiming 7 million lives per year, according to  WHO.

Ozone is one of the air pollutants that shows the strongest evidence of health effects, in addition to particulate matter, nitrogen dioxide and sulphur dioxide. Eight of ten cities in the world exceed WHO Air Quality guideline levels.

WMO is one of the co-organizers  of the WHO’s  Global Conference on Air Pollution and Health  under a joint commitment to improve health outcomes through better weather, climate, atmospheric and hydrological services and through improved monitoring and management of environmental health risks, such as hazardous air quality.  WMO is working with WHO to ensure closer coordination between the agencies, which observe and predict air quality, and health authorities, which deal with the impact of human exposure to pollutants. 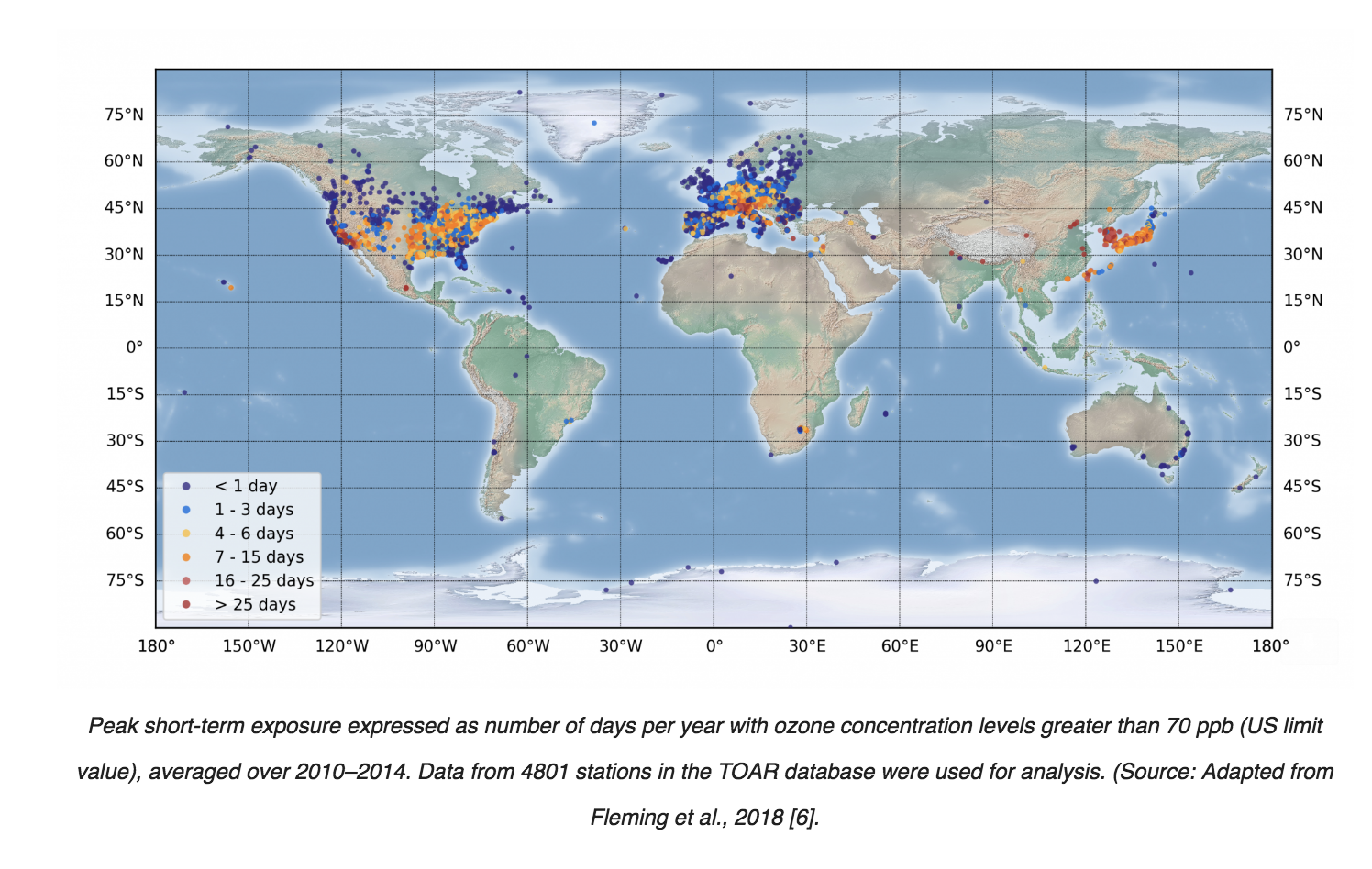 Tropospheric ozone is both a greenhouse gas and a secondary air pollutant which is harmful to human health, crops and ecosystem productivity. It is not directly emitted but is formed by the chemical reactions of so-called ozone precursors in the presence of sunlight. The main precursors are nitrogen oxides, carbon monoxide, methane and non-methane volatile organic compounds. Anthropogenic sources, such as industry and vehicle emissions are mainly responsible for high ozone concentration levels.

In mid- and high-latitude regions, summer is considered the ozone season because warm temperatures, abundant sunlight, long days and the presence of ozone precursors, such as NOxand VOCs, favour ozone formation. Air pollution is particularly persistent under stagnant high-pressure conditions such as during heatwaves, as the lack of precipitation and light winds do not favour quick removal or mixing of the ozone precursors

Many countries have implemented ozone air quality standards for the protection of human health through an exposure limit based on the maximum 8-hour average ozone concentration. For example, in Europe, the threshold value is 60 parts per billion (ppb), in the United States 70 ppb and in China 75 ppb, whilst the one recommended by the World Health Organization (WHO) is 50 ppb.

High-peak short-term ozone exposure is, in relative terms, more frequent at urban sites than at non-urban sites. Among the areas where measurements are available, current summertime peak short-term exposure values are highest in East Asia, southern Europe and the west coast of North America. Evaluation of the ozone peaks in other regions is limited due to lack of data.
Since the 1990s, peak ozone concentrations and therefore human exposure have decreased in Europe and North America and increased in East Asia. Established emission control measures for ozone precursors (for example in China, in 2011) are too recent to have had a noticeable effect on the ozone trend.
In the generally decreasing trend of high ozone episodes in Europe, there were high ozone levels registered in 2003 and 2006 related to heatwaves . An increase in temperature of 10°C was calculated to have given rise to a 5% increase in peak ozone values during the heatwave in August 2003.

Ozone pollution affects agriculture. At present, globally, 85 million tonnes of wheat grain are lost annually due to ozone exposure  and ozone damage causes economic losses in the range of US$ 10–20 billion annually due to its effects on staple food crops such as wheat, soybean and maize, according to figures quoted in the Reactive Gas Bulletin.

Ozone is also a greenhouse gas. With reference to the pre-industrial period, the global average radiative forcing of ozone is similar to that of methane, and about one quarter of that due to carbon dioxide, but the lifetime of ozone is much shorter and its impact on climate occurs primarily shortly after its formation. Ozone also has indirect impacts on climate, including damage to vegetation, which reduces plant productivity  thereby leading to decreased carbon dioxide uptake.