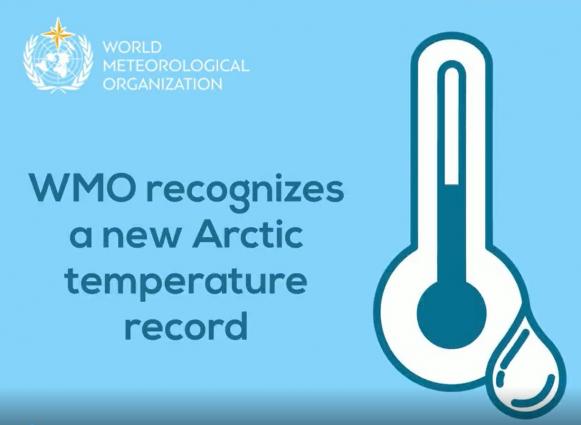 GENEVA, 14 December 2021 (WMO) – A temperature of 38°C (100.4°F) in the Russian town of Verkhoyansk on 20 June 2020 has been recognized as a new Arctic temperature record by the World Meteorological Organization (WMO).

The temperature, more befitting the Mediterranean than the Arctic, was measured at a meteorological observing station during an exceptional and prolonged Siberian heatwave. Average temperatures over Arctic Siberia reached as high as 10 °C above normal for much of summer last year, fuelling devastating fires, driving massive sea ice loss and playing a major role in 2020 being one of the three warmest years on record.

“This new Arctic record is one of a series of observations reported to the WMO Archive of Weather and Climate Extremes that sound the alarm bells about our changing climate. In 2020, there was also a new temperature record (18.3°C) for the Antarctic continent,” said WMO Secretary-General Prof. Petteri Taalas.

“WMO investigators are currently seeking to verify temperature readings of 54.4°C recorded in both 2020 and 2021 in the world’s hottest place, Death Valley in California, and to validate a new reported European temperature record of 48.8°C in the Italian island of Sicily this summer.  The WMO Archive of Weather and Climate Extremes has never had so many ongoing simultaneous investigations,” said Prof. Taalas.

The Arctic is among the fastest warming regions in the world and is heating more than twice the global average. The extreme temperature and ongoing climate change prompted a WMO panel of experts to add a new climate category “highest recorded temperature at or north of 66.5⁰, the Arctic Circle” to its international Archive of Weather and Climate Extremes. 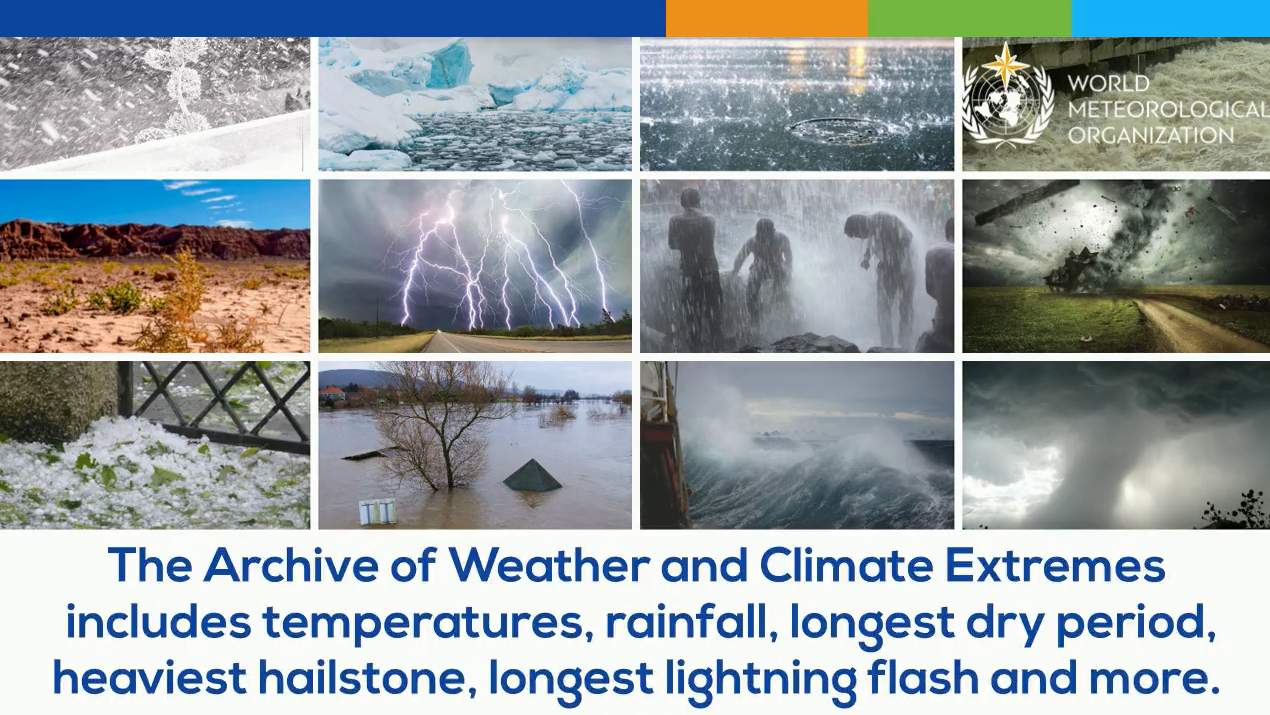 The creation of the new category means that both Polar regions are now represented. Since 2007, the WMO has listed temperature extremes for the Antarctic region (polar regions at or south of 60⁰S, corresponding to the land and ice shelf areas included in the Antarctic Treaty.

Verkhoyansk is about 115 kilometres north of the Arctic Circle and the meteorological station has been observing temperatures since 1885. It is located in the northern part of Republic of Sakha (Yakutia), is in a region of Eastern Siberia which has an extreme very harsh dry continental climate (very cold winter and hot summer).

“Fundamentally, this investigation highlights the increasing temperatures occurring for a climatically important region of the world.  Through continued monitoring and assessment of temperature extremes, we can remain knowledgeable about the changes occurring in this critical region of the world, the polar Arctic,” said Professor Randall Cerveny, Rapporteur of Climate and Weather Extremes for WMO.

“It highlights the need for sustaining long-term observations which provide us benchmarks of the state of the climate system,” said Prof. Cerveny.

As with all WMO evaluations of extremes (e.g., temperature, pressure, wind, etc.), the extremes presented before the WMO for adjudication are ‘snapshots’ of our current climate. It is possible, indeed likely, that greater extremes will occur in the Arctic region in the future.  When such observations are made, new WMO evaluation committees will be formed to verify the status of such observations as extremes.

“The record is clearly indicative of warming across Siberia,” said the noted UK climatologist and committee member Dr Phil Jones.

"Verifying records of this type is important in having a reliable base of evidence as to how our climate's most extreme extremes are changing,” said Dr Blair Trewin from Australia’s Bureau of Meteorology and another member of the evaluation committee.

The committee of experts conducted an in-depth analysis of available data and metadata, including the European Centre for Medium-Range Weather Forecasts interim (ERA5) reanalysis.

They determined that observations taken at Verkhoyansk were consistent with surrounding stations and that the equipment, siting and logistics were certified by the Yakutia Department of Roshydromet. Weather conditions – with a very strong upper-level ridge sitting over the region – were also consistent with the record temperature.

Since this was a new climate category for the WMO Archive, the committee requested that climate data be checked for other possible past Arctic extremes of comparable value.

Historical research established from the national records of Arctic countries that there were no known temperatures of 38 °C or above at any Arctic locations.  Specifically, after rigorous analysis the committee concluded that no past observations within Canada exceeded that value.

The WMO international evaluation committee consisted of polar science and climate experts from around the world:

*We sadly mourn the loss of the late Geert Jan van Oldenborgh (Netherlands) who served on this committee and we offer our condolences to his family, friends and colleagues.