WMO verifies one temperature record for Antarctic continent and rejects another 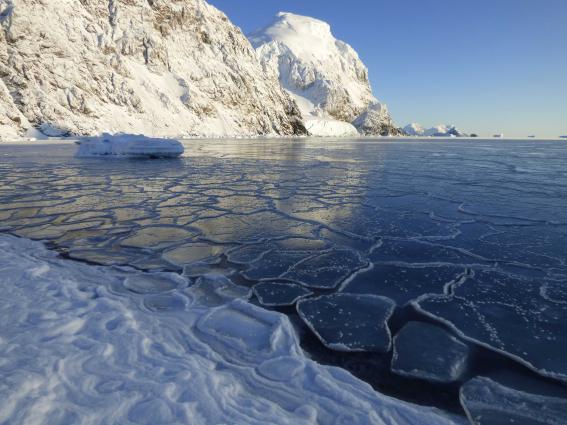 WMO verifies one temperature record for Antarctic continent and rejects another

GENEVA, 1 July 2021 (WMO) - The World Meteorological Organization (WMO) has recognized a new record high temperature for the Antarctic continent of 18.3° Celsius on 6 February 2020 at the Esperanza station (Argentina). However, it rejected an even higher temperature, of 20.75°C, which was reported on 9 February 2020 at an automated permafrost monitoring station (Brazil) on Seymour Island.

“Verification of this maximum temperature record is important because it helps us to build up a picture of the weather and climate in one of Earth’s final frontiers. Even more so than the Arctic, The Antarctic, is poorly covered in terms of continuous and sustained weather and climate observations and forecasts, even though both play an important role in driving climate and ocean patterns and in sea level rise,” said WMO Secretary-General Prof. Petteri Taalas.

“The Antarctic Peninsula (the northwest tip near to South America) is among the fastest warming regions of the planet, almost 3°C over the last 50 years. This new temperature record is therefore consistent with the climate change we are observing. WMO is working in partnership with the Antarctic Treaty System to help conserve this pristine continent," said Prof. Taalas.

A committee for WMO’s Weather and Climate Extremes Archive conducted an extensive review of the weather situation on the Antarctic peninsula at the time of the reported records. It determined that a large high-pressure system over the area created föhn conditions (downslope winds producing significant surface warming) and resulted in local warming at both Esperanza Station and Seymour Island.  Past evaluations have demonstrated that such meteorological conditions are conducive for producing record temperature scenarios.

However, a detailed analysis of data and metadata of the Seymour Island permafrost monitoring station operated by a Brazilian polar science research team indicated that an improvised radiation shield led to a demonstrable thermal bias error for the temperature sensor.

The WMO investigation committee emphasizes the permafrost monitoring station was not badly designed for its purpose, but the project investigators were forced to improvise a non-optimal radiation shield after losing the original set.  While this modification did not cause a problem with regard to the project’s specific goals involving recording permafrost variations, the thermal bias in air temperature created by the nonstandard radiation shield does invalidate the temperature observation with regard to being an official WMO weather observation.

"This new record shows once again that climate change requires urgent measures. It is essential to continue strengthening the observing, forecasting and early warning systems to respond to the extreme events that take place more and more often due to global warming, said Prof. Celeste Saulo, Director of Argentina’s SMN and First Vice President of WMO.

The new record will now be added to the WMO Archive of Weather and Climate Extremes, which includes the world’s highest and lowest temperatures, rainfall, heaviest hailstone, longest dry period, maximum gust of wind, longest lightning flash and weather-related mortalities.

Full details of the assessment are given in the on-line issue of the Bulletin of the American Meteorological Society published on 1 July 2021.

The expert committee stressed the need for increased caution on the part of both scientists and the media in releasing early announcements of this type of information.  This is due to the fact that many media and social media outlets often tend to sensationalize and mischaracterize potential records before they have been thoroughly investigated and properly validated.

Climate change and temperature increase has spurred a surge in reports of international, hemispheric and regional weather and climate extremes, especially for heat.

In a proactive act, WMO has decided to undertake ‘rapid response’ team analysis of new purported records. This will provide initial guidance to global media and the general public prior to a formal in-depth investigation, which often takes many months.

“This investigation highlights an important ‘teachable moment,’ particularly with regard to media dissemination of this type of information.  When news of these observations became known, global media quickly disseminated them with headlines of temperatures exceeding 20°C for the first time ever in Antarctica.  The examples presented here illustrate why media should be cautious in reporting temperature extremes,” said Prof. Randall Cerveny, Rapporteur of Climate and Weather Extremes for WMO.

“To achieve the level of absolute accuracy needed for our official WMO Archive of Extremes requires a great deal of attention to many factors, such as instrument maintenance, placement and type - factors that are often not appreciated by the media and the public and that are time-consuming to investigate,” said Prof. Cerveny.