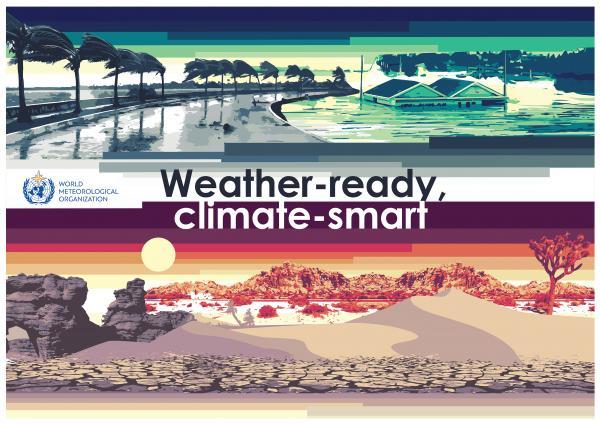 Weather-ready, climate-smart is the theme of this year’s World Meteorological Day on 23 March.  It highlights the need for informed planning for day-to-day weather and hazards like floods as well as for naturally occurring climate variability and long-term climate change. 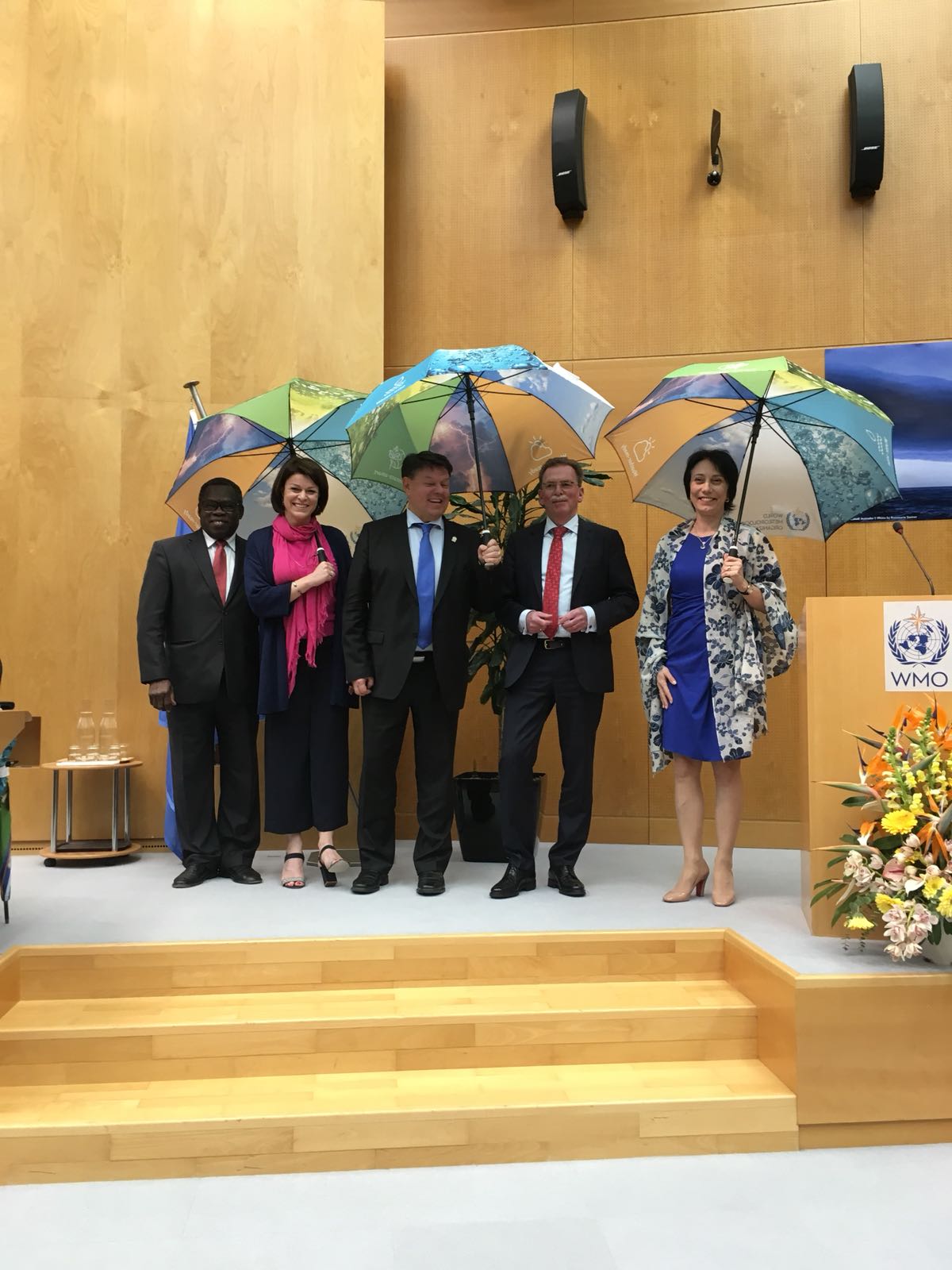 The World Meteorological Organization selected the slogan because it underlines the central role of national meteorological services in decisions as diverse as when to carry an umbrella, whether to seek shelter or evacuate from a major storm, when to plant and harvest crops, and how to plan urban infrastructure and water management decades ahead.

“Now more than ever, we need to be weather-ready, climate-smart and water-wise,” said WMO Secretary-General Petteri Taalas.

“This is because the ever-growing global population faces a wide range of hazards such as tropical cyclone storm surges, heavy rains, heatwaves, droughts and many more. Long-term climate change is increasing the intensity and frequency of extreme weather and climate events and causing sea level rise and ocean acidification. Urbanization and the spread of megacities means that more of us are exposed and vulnerable,” he said.

The World Meteorological Day ceremony featured presentations from Peter Hoeppe, former Head of Geo Risks Research/Corporate Climate Centre (Munich Re) and Expert for Natural Hazards, Climate Change, Biometeorology and from Jill Peeters, Belgian TV weather presenter and founder, Climate Without Borders, which seeks to empower weather presenters to communicate about climate change. Mr Taalas took part in a Facebook Live linkup with NASA's Globe programme. Ada Monzon, a television weather presenter and US National Weather Service meteorologist in Puerto Rico, made a presentation about the impact of Hurricane Maria, which hit the island in 2017.

“The start of 2018 has continued where 2017 left off – with extreme weather, which has claimed lives and destroyed livelihoods. The Arctic experienced unusually high temperatures, whilst densely populated areas in the northern hemisphere were gripped by bitter cold and damaging winter storms. Parts of Australia and Argentina suffered extreme heatwaves, whilst drought continues in Somalia and the South African city of Cape Town struggles with acute water shortages,”said Mr Taalas.

The 2017 hurricane season was the costliest ever for the United States – and eradicated decades of developments gains in small islands in the Caribbean such as Dominica.  Floods uprooted millions of people on the Asian subcontinent, whilst drought is exacerbating poverty and increasing migration pressures in the Horn of Africa, according to the Annual Statement on the State of the Global Climate in 2017.

The statement confirmed that 2017 was one of the three warmest years on record, and was the warmest year without an El Niño. Because the societal and economic impacts of climate change have become so severe, WMO has partnered with other United Nations organizations to include information on how climate has affected migration patterns, food security, health and other sectors.

One of the top priorities of WMO and National Meteorological and Hydrological Services (NMHSs) is to protect lives, livelihoods and property from the risks related to weather, climate and water events.

The dramatic reduction in the lives lost due to severe weather events in the last thirty years has been largely attributed to the significant increase in accuracy of weather forecasting and warnings and improved coordination with disaster management authorities. Thanks to developments in numerical weather prediction, a 5-day forecast today is as good as a 2-day forecast twenty years ago.

“But forecasts of what the weather will BE are no longer enough and increasingly the focus is on what the weather will DO. WMO is therefore working to establish a global and standardized multi-hazard alert system in collaboration with National Meteorological and Hydrological Services worldwide, said Mr Taalas.

In addition, WMO worked with a wide range of partners to draw up a multi-hazard early warning systems checklist. Published on World Meteorological Day, the checklist is an important, practical tool to boost resilience.

To be effective, early warning systems need to actively involve the people and communities at risk from a range of hazards, facilitate public education and awareness of risks, effectively disseminate messages and warnings and ensure there is a constant state of preparedness and that early action is enabled.

The Multi-Hazard Early Warning Systems Checklist is structured around these four key elements of early warning systems. It  aims to be a simple list of the main components and actions to which national governments, community organizations and partners within and across all sectors can refer when developing or evaluating early warning systems.

Notes to editors: World Meteorological Day takes place on 23 March to commemorate the entry into force, on that date in 1950, of the convention creating the WMO.

Message on the occasion of World Meteorological Day 2018 (subtitled)