Year of Polar Prediction – from research to improved environmental safety 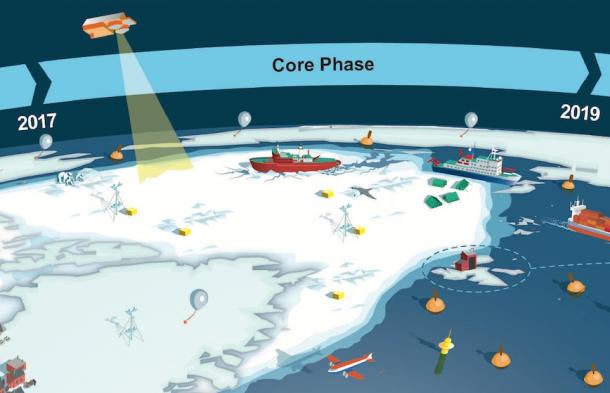 Year of Polar Prediction – from research to improved environmental safety

A concerted international campaign to improve predictions of weather, climate and ice conditions in the Arctic and Antarctic has been launched to minimize the environmental risks and maximize the opportunities associated with rapid climate change in polar regions and to close the current gaps in polar forecasting capacity.

The Year of Polar Prediction takes place from mid-2017 to mid-2019 in order to cover an entire year in both the Arctic and Antarctic and involves the World Meteorological Organization (WMO), Germany’s Alfred Wegener Institute (AWI) and a wide array of partners around the globe.

During the next two years, a large international and interdisciplinary network of scientists and operational forecasting centers will jointly undertake intensive observation and modeling activities in the Arctic and Antarctic. As a result, better forecasts of weather and sea-ice conditions will reduce future risks and enable safety management in the polar regions, and also lead to improved forecasts in lower latitudes where most people live.

“The effects of global warming due to greenhouse gas emissions are felt more intensely in the polar regions than anywhere else. The Arctic and parts of the Antarctic are heating twice as rapidly as the rest of the world, causing melting of glaciers, shrinking sea ice and snow cover. The impact of this is felt in other parts of the globe – as exemplified by rising sea levels and changing weather and climate patterns,” said Thomas Jung, of the Alfred Wegener Institute Helmholtz-Centre for Polar and Marine Research, and chair of the Polar Prediction Project steering committee.

“Arctic sea-ice maximum extent after the winter re-freezing period in March was the lowest on record because of a series of ‘heat-waves.’ Antarctic sea ice minimum extent after the most recent Southern Hemisphere summer melt was also the lowest on record. The rate and implications of polar environmental change is pushing our scientific knowledge to the limits,” said Mr Jung.

“Because of teleconnections, the poles influence weather and climate conditions in lower latitudes where hundreds of millions of people live. Warming Arctic air masses and declining sea ice are believed to affect ocean circulation and the jet stream, and are potentially linked to extreme phenomena such as cold spells, heat waves and droughts in the northern hemisphere,” said WMO Secretary-General Petteri Taalas.

The dramatic changes in weather, climate and ice conditions at the poles are leading to increased human activities such as transportation, tourism, fisheries are and natural resource exploitation and extraction.

“The expected increase in activity comes with its own share of risks to both the environment and society, including traditional indigenous livelihoods. Ice-laden polar seas are a challenge to navigate, whilst any oil spills could be catastrophic. Less ice does not mean less danger,” said Mr Taalas. “Accurate weather and sea-ice information will thus become increasingly vital in order to improve safety management in polar regions and beyond,” he said.

When it comes to the extreme environment at the poles, forecasts of weather and sea-ice conditions have serious shortcomings. The Arctic and Antarctic are the world’s most poorly observed regions. Lack of data and forecasts in the Arctic and Antarctic impacts on the quality of weather forecasts also in other parts of the world. It is therefore expected that advances in polar prediction will lead to improved weather forecasts and climate predictions both for polar regions and densely populated countries.

The Year Of Polar Prediction was officially launched during WMO’s annual Executive Council meeting. Polar and high mountain activities are among WMO’s top strategic priorities because of the growing impact of climate change from greenhouse gas emissions, because of the need to improve our understanding of weather phenomena in extreme regions and because the poor monitoring network leaves gaping holes in the global weather observing capability.

During special observing periods, the number of routine observations, for example through weather balloon launches from meteorological stations and buoy deployments from research vessels, will be enhanced; coordinated aircraft campaigns and satellite missions will be carried out; and new automatic weather stations will be installed at different polar locations.

In addition, coordinated field campaigns will from mid-2017 to mid-2019 will raise the number of observations in both polar regions. A growing number of international projects, network and organizations are already involved with activities during the Year of Polar Prediction, including several EU Horizon 2020 projects.

There will be a special focus on sea ice forecasting capabilities. On shorter time scales, sea-ice information includes information on zones of strong ice convergence which is important for safe shipping. On monthly to seasonal time scales, the focus will include the prediction of sea-ice conditions in the Northern Sea Route and in the Southern Ocean around Antarctica.

Changes in the Arctic Circle are likely to result in an opening of the sea, more severe waves and more challenging ice conditions for shipping. In an ice-free Arctic, wave height conditions of 25-feet or greater could be the new norm that mariners may have to design and plan for. The ability to better understand and predict the effects of phenomena such as Arctic polar lows or Antarctica extreme winds will help polar nations prepare for considerable management and maintenance issues on existing roads, airports, buildings, and pipelines.

All observational data will be shared via the WMO Information System – allowing operational forecasting centres around the world to receive the data in real time to feed their forecasts. In addition, social scientists will look at how polar forecasts can be factored into socio-economic decision making, whilst key stakeholders in transport, shipping and tourism sectors will provide input on the practical needs of the user community.

The science and technology improvements developed under the umbrella of the Year of Polar Prediction will both strengthen physical understanding of the Arctic and Antarctic, and provide the foundation of better observational and predictive systems for the future.

A new animation on the Year of Polar Prediction is available at https://www.youtube.com/watch?v=fMKo5zlzx9A&feature=youtu.be

More information on the Year of Polar Prediction including a media kit https://www.dropbox.com/sh/l8o73rha5fbdw2e/AAAUvgWceD53UERXmSFB-uMHa?dl=0 is available here http://www.polarprediction.net/

The Alfred Wegener Institute carries out research in the Arctic, Antarctic, in the high and mid latitude oceans.