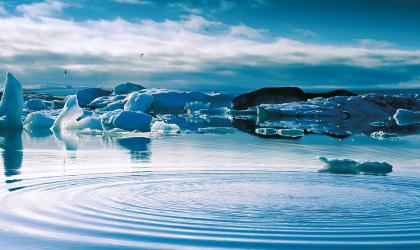 A new Water and Climate Coalition has been launched to achieve more effective integrated policy-making in an era when climate change, environmental degradation and population growth has exacerbated water-related hazards and scarcity 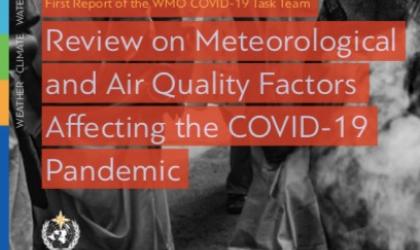 A World Meteorological Organization Task Team has issued its first report on Meteorological and Air Quality factors affecting the COVID-19 pandemic. It cautions that weather and climate conditions, including the onset of higher temperatures in the northern hemisphere spring, should not be used as a trigger to relax measures to halt the spread of the virus. 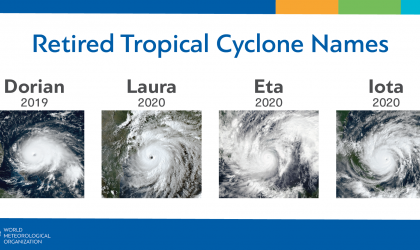 The World Meteorological Organization’s Hurricane Committee has retired Dorian (2019) and Laura, Eta and Iota (2020) from the rotating lists of Atlantic tropical cyclone names because of the death and destruction they caused. It also decided that the Greek alphabet will not be used in future because it creates a distraction from the communication of hazard and storm warnings and is potentially confusing. 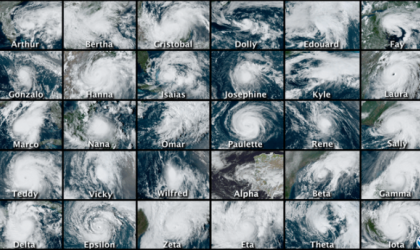 The World Meteorological Organization (WMO) Hurricane Committee annual session will review the record-breaking 2020 Atlantic season, fine-tune coordination for 2021 and discuss what names should be withdrawn from, and added to, the rotating lists. 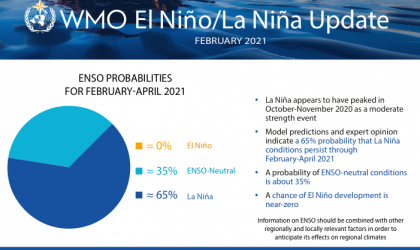 The 2020-2021 La Niña event has passed its peak, but impacts on temperatures, precipitation and storm patterns continue, according to a new update from the World Meteorological Organization (WMO). Despite the general cooling influence of La Niña events, land temperatures are expected to be above-normal for most parts of the globe in February-April 2021. La Niña appears to have peaked in October-November as a moderate strength event. There is a 65% likelihood that it will persist during February-April, with a 70% chance that the tropical Pacific will return to ENSO-neutral conditions by the April-June 2021 season, according to WMO’s El Niño-La Niña Update.