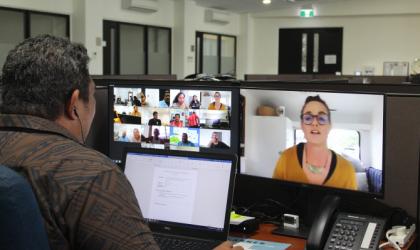 The Sixth Pacific Island Climate Outlook Forum (PICOF) ushered in a new era for the forum, which brings together representatives of Pacific National Meteorological and Hydrological Services (NMHSs), regional partners and global climate centres to ensure consistency in the access to and the interpretation of climate information for the Pacific and the implications for critical sectors. 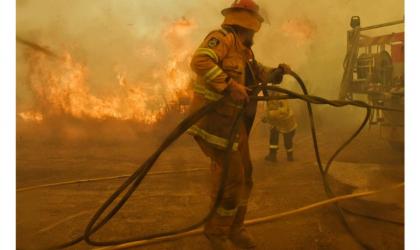 Catastrophic and unprecedented bushfires in Australia have killed more than 28 people, destroyed hundreds of homes and burned hundreds of thousands of hectares of land, causing massive devastation to wildlife, ecosystems and the environment. The fires come after Australia's hottest, driest year on record. They have led to hazardous air quality in major cities throughout Australia, impacted New Zealand and sent smoke drifting thousands of kilometres across the Pacific to South America.

An unusual, extended period of heavy rainfall over large areas of tropical Queensland began in late January 2019 and continued into February. The heavy rainfall was associated with an intense and very slow-moving monsoon low over northern Queensland that continued to affect Queensland until 9 February. While such slow-moving systems are relatively rare for this part of the country, there are a number in the historical record and they are all associated with extreme rainfall totals. The large size of monsoon lows means the areas they impact may be larger than tropical cyclones. 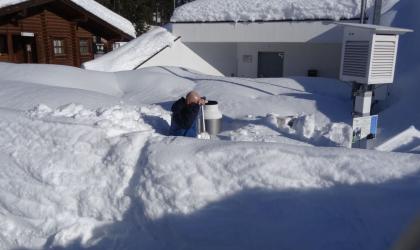 The year 2019 has started where 2018 left off – with extreme weather causing disruption, damage and loss of life. The high impact of these events – some of which are consistent from what we expect as a result of climate change -  underline why extreme weather, climate change and environmental risks dominated the World Economic Forum’s annual Global Risks Perception Survey.

The Australian Institute for Disaster Resilience recently published the Public Information and Warnings Handbook – the authoritative national guide for those who provide warnings before, during and after emergencies. The handbook outlines evidence-based, nationally agreed principles and provides guidance on developing and issuing warnings. The handbook was developed collaboratively with cross-sector input from Australian and international experts. It responds to Recommendation 2 of the 2014 National Review of Warnings and Information (ANZEMC 2015), to advance a national approach through improved knowledge management.