The Regional WIGOS Centre (RWC) Tokyo run by the Japan Meteorological Agency was designated as one of the first operational RWCs in Asia during the second part of the 17th WMO Regional Association II session in September 2021. RWC Tokyo is committed to helping enhance WIGOS implementation in the region. 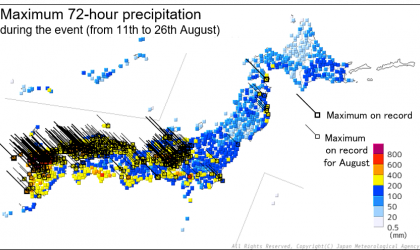 In mid-August 2021, areas from western to eastern Japan experienced record-heavy rain. The conditions observed are mainly attributed to the following: - Unusually for mid-summer in eastern and western Japan, like atmospheric flow in the latter half of the early-summer rainy season, known as the Baiu, a stationary front was strengthened by a significant north-south gradient of temperature in the lower troposphere between the Okhotsk High to north of Japan and the southward shifted North Pacific Subtropical High (NPSH) expanding to the south of Japan. A continuous confluence of water vapor from continental China and along the margin of the NPSH also contributed to widespread continuous heavy rainfall. - The southward shift of the NPSH that caused a large amount of water vapor flow into western and eastern Japan was related to the subtropical jet stream (STJ) in the upper troposphere, with an overall southward shift over East Asia. Furthermore, significant southward meandering of STJ to the west of Japan is considered to produce a favorable conditions for updraft occurrence and persistent rainfall. - The southward shift of the STJ was likely affected by sea surface temperatures (SSTs) in the tropical Indian Ocean and related convective activity over the Asian summer monsoon region. 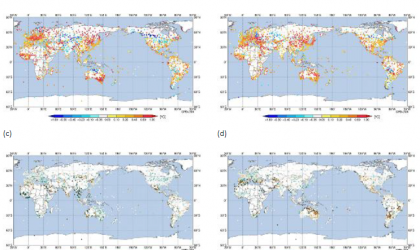 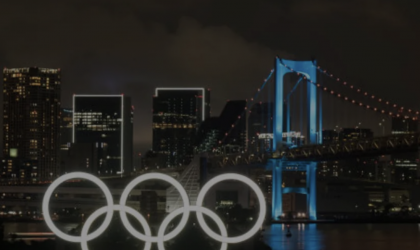 The Japan Meteorological Agency (JMA) has a dedicated portal site to support the Tokyo Organizing Committee for the Olympic and Paralympic Games (TOCOG) in the smooth hosting of the Games. 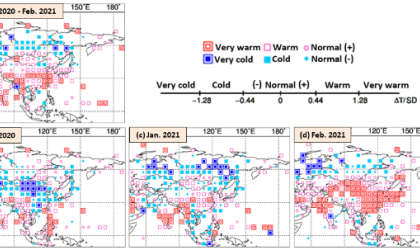