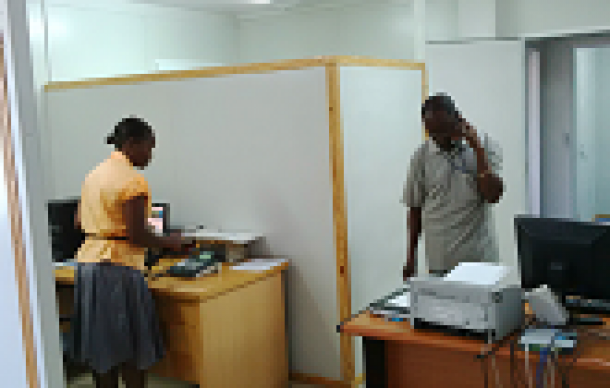 The Haiti Weather Systems Programme – Climate Services to Reduce Vulnerability in Haiti aims to rehabilitate and modernize the weather, climate and hydrology forecasting infrastructure that was destroyed by the 2010 earthquake.

Haiti is a mostly agrarian society – two thirds of Haitians depend on agriculture. It is strongly reliant on rainfall as there are few irrigated land areas. Haiti is particularly exposed to natural hazards, experiences two rainy seasons a year, from April to June and from October to November, as well as a hurricane season from early June until the end of November. Along with other Caribbean nations, Haiti is also especially vulnerable to climate change. Sea-level rise associated with global warming is expected to increase risks of inundation, storm surges, erosion and coastal hazards, compounding the challenges of population growth and environmental degradation.

The magnitude 7.0 earthquake that struck the country on 12 January 2010 left it devastated – over 230 000 lives were lost and a further 300 000 people were injured. Economic losses are estimated around US$7.9 billion – over 120% of its 2009 Gross Domestic Product (GDP). Most major infrastructure, including that for weather, climate and water monitoring and the prediction and forecasting of extreme events in order to issue for early warnings, was destroyed. The hydrometeorological facilities were deemed too dangerous to reoccupy. 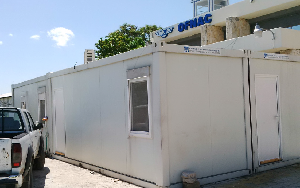 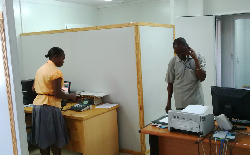 Of the two containers initially provided, WMO repaired one and replaced the other early this year, allowing staff to operate more effectively as the North Atlantic Hurricane season approached.

After the earthquake, WMO provided two containers to Haiti to serve as interim hydrometeorological facilities. They were installed close to the National Civil Aviation Building. Computers and office support systems, sent by Canada and United States of America, completed the temporary set up. But the buildings became leaky, causing equipment malfunctions.

The WMO-led The Haiti Weather Systems Programme – Climate Services to Reduce Vulnerability in Haiti will build capacity by training both scientific and technical personnel, and develop a business plan for the National Meteorological and Hydrological Services. It aims to strengthen the climatological and hydrological observing networks and implement an integrated data management system. It will also develop a wide-reaching dissemination system to inform decision-makers, stakeholders and the general public of climate related risks. In the long-term, WMO will also construct new permanent headquarters for the service in an earthquake and hurricane proof building.

The development of climate services in Haiti, the poorest nation in the Western world, will be an important test case for the GFCS.