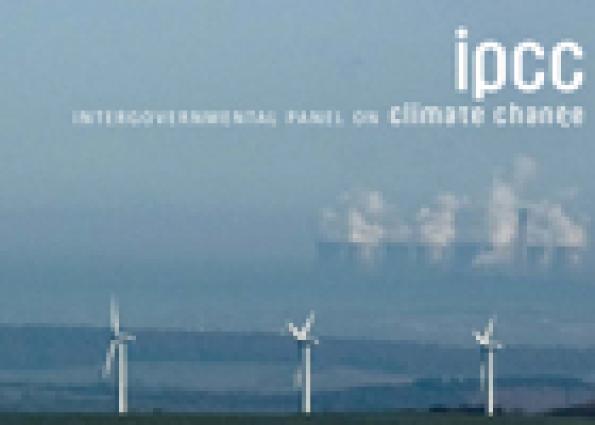 The Intergovernmental Panel on Climate Change was jointly established in 1988, by the WMO and UNEP, with the mandate to assess scientific information related to climate change, to evaluate the environmental and socio-economic consequences of climate change, and to formulate realistic response measures.

In May 2011 the IPCC Panel approved the IPCC Special Report on Renewable Energy Sources and Climate Change Mitigation (SRREN) prepared under the responsibility of Working Group III (Mitigation of Climate Change).

More than 130 authors from all over the world finished preparing the SRREN and on May 9, 2011 115 countries participated in the approval of this report. The Summary and its full report are now available on the IPCC’s website at www.ipcc.ch.

For more information about the process, the authors, outreach events held, and for a set of videos and presentations about the SRREN please see: http://srren.ipcc-wg3.de/

The IPCC’s latest Special Report agreed and released by the IPCC assesses existing literature on the current and future potential of renewable energy for the mitigation of climate change. It covers the six most important renewable energy technologies, as well as their integration into present and future energy systems. It also takes into consideration the environmental and social consequences associated with these technologies, the cost and strategies to overcome technical as well as non-technical obstacles to their application and diffusion.

The report first points out increasing interest in renewable energy around the world and points to rapid deployment of renewable energy technologies in recent years. Authors looked into the technical potential of RE sources and reported “The global technical potential of RE sources will not limit continued growth in the use of RE”. Ramon Pichs, Co-Chair of the Working Group III, added: ―The report shows that it is not the availability of the resource, but the public policies that will either expand or constrain renewable energy development over the coming decades. Developing countries have an important stake in this future—this is where most of the 1.4 billion people without access to electricity live yet also where some of the best conditions exist for renewable energy deployment.

SRREN authors also studied and reported on more than 160 scenarios, and offered in-depth examinations of four. The most optimistic of these projected that renewables could account for close to 80% of total energy supply by mid-century, thereby cutting greenhouse-gas emissions significantly. The researchers have also studied the challenges linked to how renewable energy can be integrated into existing and future energy systems including electricity grids and likely cost benefits from these developments. It reports that “In order to accommodate high RE shares, energy systems will need to evolve and be adapted” (SPM, Section 4).

The report also looked at the cost of energy for many RE technologies and reported that “the levelized cost of energy for many RE technologies is currently higher than existing energy prices, though in various settings RE is already economically competitive.” (SPM, Section 3). However, if environmental impacts such as emissions of pollutants and greenhouse gases were monetized and included in energy prices, more renewable energy technologies may become economically attractive. For most of them, costs have declined over the last decades and the authors expect significant technical advancements and further cost reductions in the future, resulting in a greater potential for climate change mitigation.

The report also explains that public policies that recognize and reflect the wider economic, social and environmental benefits of renewable energies, including their potential to cut air pollution and improve public health, will be key for meeting the highest renewables deployment scenarios. Increasing the share of renewables requires additional short-term and long-term integration efforts. Studies clearly show that combining different variable renewable sources, and resources from larger geographical areas, will be beneficial in smoothing the variability and decreasing overall uncertainty for the power system. There is a need for advanced technologies to optimize the infrastructure capacity for renewables. Additionally, there is a need for balancing supply and demand, like advanced demand and supply forecasting and plant scheduling.

The report also looks into various policy, implementation and financing issues that would enable larger-scale deployment of renewable energy technologies. It also reports “An increasing number and variety of RE policies – motivated by many factors – have driven escalated growth of RE technologies in recent years.” (SPM, Section 7).

Finally, the report also took a close look at renewable energy in the context of sustainable development. Youba Sokona, Co-Chair of the Working Group III, said: "The potential role of renewable energy technologies in meeting the needs of the poor and in powering the sustainable growth of developing and developed economies can trigger sharply polarized views. This IPCC report has brought some much needed clarity to this debate in order to inform governments on the options and decisions that will needed if the world is to collectively realize a low carbon, far more resource efficient and equitable development path".

Process for Preparing the SRREN

Lead Authors for this report were nominated by IPCC member governments and observer organizations, according to standard IPCC procedures. Four Lead Author meetings were held and the report was reviewed by experts as well as governments and experts in a two stage review process. In the end, the total number of comments received on the SRREN from outside experts and participating governments was approximately 25,000. In Abu Dhabi, a Session of the Working Group approved (line-by-line) the SRREN’s Summary for Policymakers. Therefore, the report was also submitted to the scrutiny of delegates from more than one hundred participating nations.

The entire process strictly followed the IPCC’s procedures in place for the preparation of this report, ensuring a balanced report prepared by a team of authors from a wide range of countries, with a wide range of views, and having a wide range of expertise in the field.

This coming November 2011, the IPCC will also release the Special Report on Managing the Risks of Extreme Events and Disasters to Advance Climate Change Adaptation (SREX) prepared by Working Group I and II of the IPCC.

The Summary for Policymakers of the Special Report on 'Managing the risks of Extreme Events and Disasters to Advance Climate Change Adaptation' will be released in November 2011 after the Joint WG I / II Session to approve SREX SPM and accept the underlying document. This Approval Session will be held in Kampala, Uganda from 14-17 November, 2011. The report will also undergo final acceptance by the Panel at a Session of the Panel (the 34th Session of the IPCC) scheduled to take place from 18-19 November, 2011, in Kampala, Uganda.