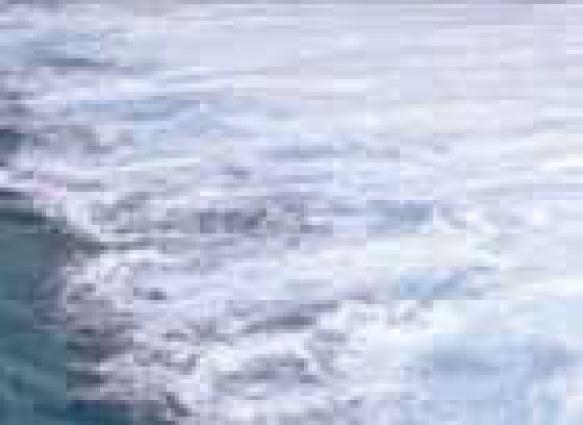 WMO activated its Environmental Emergency Response, at the request of the International Atomic Energy Agency, following the 9.0 earthquake and the resulting tsunami which affected the Fukushima nuclear power plant.

The WMO Regional Specialized Meteorological Centres in Asia (Beijing, Tokyo and Obninsk, Russian Federation) are monitoring the situation. These centres, responsible for developing predictions of trajectories and spreading of contaminants following environmental accidents with cross-border implications, inform the IAEA and National Meteorological and Hydrological Services of the region concerned. Centres in other regions were also activated to provide information in their regions.

The three lead centres provided atmospheric trajectories and dispersion charts related to the Fukushima nuclear power plant, during which time the winds were blowing toward the open ocean.

The Japanese Meteorological Agency has an English language information site on its homepage for the earthquake-damaged areas.

To focus efforts on high-priority research that will better inform society about risks associated with high-impact weather and climate events, the World Climate Research Programme will hold its first Open Science Conference from 24 to 28 October 2011 in Denver, USA.

Progress in providing climate information requires cooperation across scientific disciplines, as well as unprecedented commitment to the development of a diverse and talented future workforce. The World Climate Research Programme has therefore organized the conference for its entire research community, invited other key international research programmes and is encouraging students and young professionals to attend the conference.

Climate research in service to society

The conference will synthesize research findings in order to assess the state of knowledge on climate variability and change, identify urgent scientific research challenges, and ascertain how the World Climate Research Programme can best facilitate research and develop partnerships critical for progress.

In appraising the state of climate science, the conference will make a measurable contribution to upcoming assessments such as the Fifth Assessment Report of the Intergovernmental Panel on Climate Change, the Assessment of Ozone Depletion/Recovery of WMO and the United Nations Environment Programme, and the new United Nations Biodiversity and Ecosystems Services Assessment.

As part of its commitment to capacity development of the next generation of climate experts, the World Climate Research Programme is supporting a number of students, early career scientists and scientists from developing countries to attend the conference.

The World Climate Research Programme is sponsored by the World Meteorological Organization, the International Council for Science and the Intergovernmental Oceanographic Commission of UNESCO. In the last 30 years, it has delivered authoritative scientific knowledge on climate variability and change and contributed to better climate predictions.

For more about the programme, abstract submission, registration and travel support, see: conference2011.wcrp-climate.org

On World Meteorological Day, WMO launched a Web-based appeal, Building Capacity, One Fellow at a Time, for contributions to the WMO Fellowship Programme. The appeal to the WMO community will continue until 31 December 2011. Contributions will support the education of undergraduates and postgraduates from least developed countries, developing countries and Small Island Developing States in meteorology, hydrology and climatology.

Readers are encouraged to foster young talent with a personal donation to the WMO Fellowship Fund and to support the cause on Facebook. See www.wmo.int/appeal for details, informational videos and testimonials from WMO Fellows.

Climate for You was the theme of this year’s World Meteorological Day, celebrated on 23 March.

The guest speaker at the celebration at WMO headquarters in Geneva was Professor Martin Beniston, Director, Institute for Environmental Sciences, University of Geneva, and the special guest was Dominic Waughray, Senior Director and Head of Environmental Initiatives, World Economic Forum. The WMO Fellowship Programme appeal and the BLUE art for climate initiative were launched at the Geneva celebration (see related article in MeteoWorld online).

Around the world, National Meteorological and Hydrological Services organized a wide variety of events. As reports of national celebrations arrive, they are added to Climate for You Web pages.

Ships in the Arctic region will be able to receive early warning about navigational and meteorological hazards, thanks to the expansion of the World-Wide Navigational Warning System into Arctic waters.

As Arctic waters have become more accessible, the three agencies have worked to strengthen early warning systems for ships facing extreme and less predictable weather in the Arctic.

“Sea ice is projected to increasingly shrink under all scenarios and for some projections the Arctic late-summer sea ice would vanish almost entirely by the middle of the century, opening unprecedented challenges to maritime safety which were unpredictable just one generation ago,” said Mr Jarraud.

The World-Wide Navigational Warning system, created in the 1970s, divides the world’s oceans into 16 navigational areas, with a country in each area responsible for disseminating navigational information. Meteorological areas with identical limits were also subsequently established.

WMO, IMO and IHO have collaborated since 2006 to improve information for the Arctic region. The five Arctic navigational and meteorological areas, established in June 2010, are expected to be fully operational by June 2011. Responsibility for the Arctic navigational and meteorological areas is divided between Canada, Norway and the Russian Federation.

Gales and high winds now feature on the WMO Severe Weather Information Centre Website as part of the drive to improve public weather forecasts and reduce risks from natural hazards.

The Web page displays gales in the past 24 hours, based on reports from land stations and ships of WMO Members. It provides the position (latitude, longitude and altitude in case of land stations), the observed wind speed and wind direction.

The Severe Weather Infor-mation Centre, set up by expert teams under the WMO Public Weather Services Programme, responds to demands for a single, authoritative site with information on severe weather conditions. Developed and operated by the Hong Kong Observatory on behalf of WMO, the centre provides tropical cyclone information and observation data of heavy rain and thunderstorms. The site received a record 17 million page visits in 2010.

The severe weather forecasts and warnings complement the WMO World Weather Information Service Website. The page visits are at 850 million, with about 147 million in 2010 alone, an average of more than 12 million per month.

The site has provided authoritative weather information of National Meteorological Services since its launch in 2001. In 2010, 124 WMO Members provided official weather forecasts covering more than 1 300 cities. Botswana, Cameroon and Rwanda were the most recent additions, extending the provision of public forecasts in Africa.

A Google Earth version was launched in English in April 2010, and allows users to move around a virtual globe by changing the viewing angle and position.