Outcomes of the 2nd International Conference on CORDEX 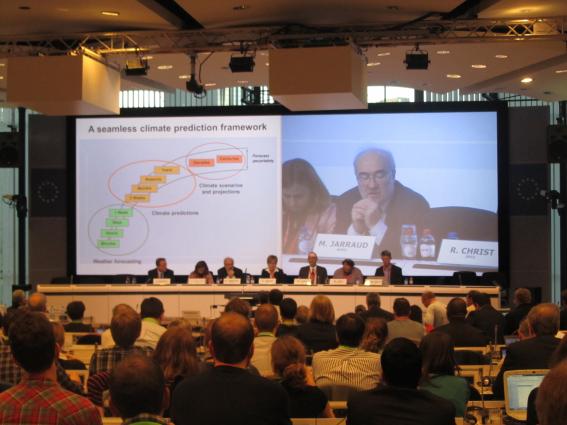 Outcomes of the 2nd International Conference on CORDEX

Presentations highlighted the achievements of the first phase of the project, CORDEX-I, a successful framework in which scientists around the world adopted a common protocol to guide the development of a high-resolution Regional Climate Model (RCM) and of empirical statistical downscaling projections. The project included an intercomparison of those projections for each continent. The conference provided evidences that much of the work underway is relevant to the climate change vulnerability as well as impacts and adaptation studies. However, CORDEX needs to address several key challenges in order to better serve its priorities. The participants recognized:

The future simulation framework resulting from the implementation of these actions might form the second phase of CORDEX (CORDEX-II) and will represent another milestone in the delivery of climate services.

The Regional Climate Change Conference was jointly organized by the European Commission, the Intergovernmental Panel on Climate Change (IPCC) and the World Climate Research Programme.