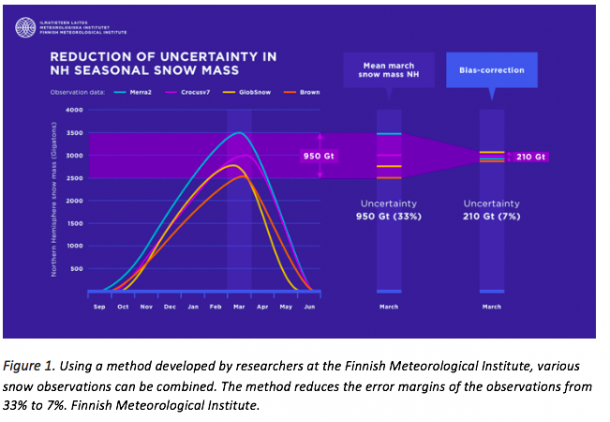 In cold climates, long term climate records for snow and ice are essential inputs for engineering infrastructure design, to ensure timely, safe land and water transportation of goods and people, for the management and protection of ecosystems, for tourism and recreational activities, to mitigate risks of natural hazards, and to protect human health and well-being.

E.g. increases in the snow amounts fallen in the Arctic, pose a significant risk to the safety and integrity of Arctic buildings and people using them...

Knowledge of thermal and ground ice conditions is critical for land use planning and engineering design in permafrost regions. The development of oil and gas deposits in ice-covered seas and shelves depends on the ice regime and the presence of icebergs, which together determine the economic feasibility of exploration and production projects.

Wave-induced undercutting of permafrost leads to coastal erosion by the action of waves and currents. Reduction of the sea ice cover, and especially of the fast ice, corresponds to increased fetch of waves allowing them to grow and become more destructive as they approach the coast. Shortened periods of seasonal ice-cover, and later development of the fast ice and its earlier break up, expose coastlines to more severe storms that occur during transition seasons. Local coastal losses to erosion of the order of 100 feet per year have been observed in some locations in both Siberia and Canada.