Regional Office for Asia and the South-West Pacific 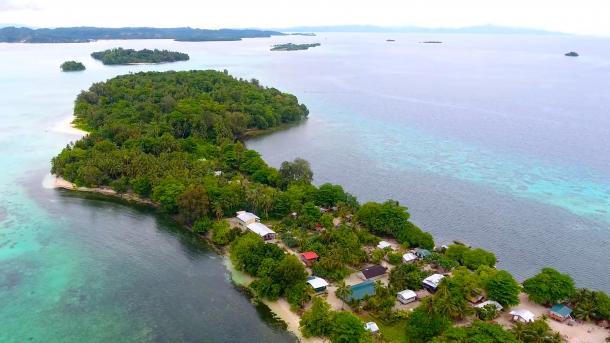 Regional Office for Asia and the South-West Pacific

Asia (WMO Region II) covers a vast expanse of the Indian Ocean and part of the Pacific Ocean and contains a large and diverse range of ecosystems, including deserts, forests, rivers, lakes and seas. It has two of the world's most populated countries: China and India. It also includes eight Least Developed Countries. Compared to other WMO Regions, Region II includes the highest mountains, the rainiest areas and the driest deserts, with their associated variation in culture and biodiversity. It is also the fastest growing economic region in the world. The Region faces many major weather, climate and water-related challenges: the mitigation of "natural" and environmental disasters, climate change and variability, water resources management, land use and land degradation, energy availability, poverty alleviation and conservation of biodiversity.

The South-West Pacific (Region V) covers the vast expanse of the South-West Pacific Ocean but also includes adjacent oceanic areas north of the equator as well as eastern parts of the Indian Ocean. Its Members are diverse in many respects: culturally, economically, biologically, geographically and climatologically. The climate and weather-related hazards that most frequently occur in the region are tropical cyclones and associated storm surges, floods, landslides, severe thunderstorms, wildfires and drought. Few countries in the region are immune from tropical cyclone impact. Almost all of the Pacific Island countries have a national meteorological service that collects meteorological data primarily for forecast and warning services, but also the basic data for climate monitoring.

The Regional Office for Asia and the South-West Pacific:

WMO Offices in the Region

Climate change is one of the greatest challenges to human society in contemporary times. Statistics show that the last decades have already seen a sharp rise in economic, social and environmental damages due...

Flash floods are among the world’s deadliest natural disasters with more than 5 000 lives lost annually. Their social, economic and environmental impacts are significant. Accounting for approximately...

Modernization of the Aviation Meteorological Services of Mongolia

To enable timely and accurate aviation meteorological service for the safety or regularity of air navigation, WMO is supporting Mongolia to improve data sharing through an English dedicated...

Scientific and public awareness of the importance of the polar regions in the global weather and climate system is increasing.

Himawari-8 – a new generation geostationary meteorological satellite of the Japan Meteorological Agency (JMA) has started its operation in July 2015 and observes East Asia and the Western...

The project supports the enhancement of capabilities of the national hydro-meteorological services of WMO Members, through the Education and Training Programme and the Fellowships it coordinates. Its purpose is...

Water is pre-eminent among environmental concerns critical to societal well-being. Other issues garner justifiable attention but it is the availability of a safe and sustainable supply of fresh...

Free Access to a Cutting-edge Knowledge Base on Drought Management

This Project aims to build climate resilience in order to reduce assiciated socio-economic losses and, thereby, alleviate poverty in drought-affected regions. The Project falls under the scope of the WMO Integrated Drought Management...

Recent years have witnessed a significant increase in the frequency and intensity of climate and weather related hazards putting development gains at risk. By improving their disaster related...

This Project focuses on instigating and coordinating an international climatological data and service exchange between National Meteorological and Hydrological Services, national organizations and other stakeholders on regional and national levels...

The Pacific and Caribbean Small Island Developing States (SIDS) are susceptible to many hydro-meteorological and other hazards, namely tropical storms and hurricanes, thunderstorms or lightning, coastal storm surges,...

The main focus of the CIFDP is to facilitate the development of efficient forecasting and warning systems for coastal inundation based on robust science and observations.

Ensuring the efficient and effective functioning of the six WMO Regional Associations in coordinating the meteorological, hydrological, climatologic and related activities of their Members by providing a framework for...

Small Island Developing States and Member Island Territories are low-lying island nations that are highly vulnerable and often affected by weather extremes and climate change, including the increased severity...

Assisting in the capacity development of National Meteorological and Hydrological Services (NMHSs) by improving human, technical and institutional capacities and infrastructure, particularly in developing, least developed and small island developing states and territories in order... 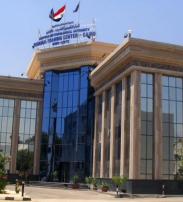 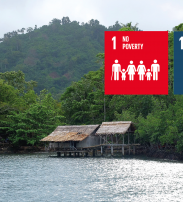 Strengthening the Early Warning Capacity of NMHSs in Low-Income Countries

Strengthening the Early Warning Capacity of NMHSs in Low-Income Countries