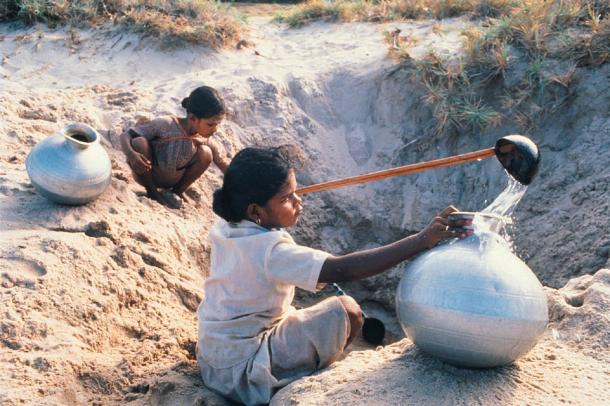 Drought is a prolonged dry period in the natural climate cylce that can occur anywhere in the world. It is a slow on-set phenomenon caused by a lack of rainfall. Compounding factors, such as poverty and inappropriate land use, increase vulnerability to drought. When drought causes water and food shortages, there can be many impacts on the health of the population, which may increase morbidity and result in death. In recent years, most drought-related mortality has occurred in countries also experiencing political and civil unrest. In the period from 1970 to 2012, drought caused almost 680 000 deaths, due to the severe African droughts of 1975, 1983 and 1984 (Atlas of Mortality and Economic Losses from Weather, Climate and Water Extremes, WMO, 2014).