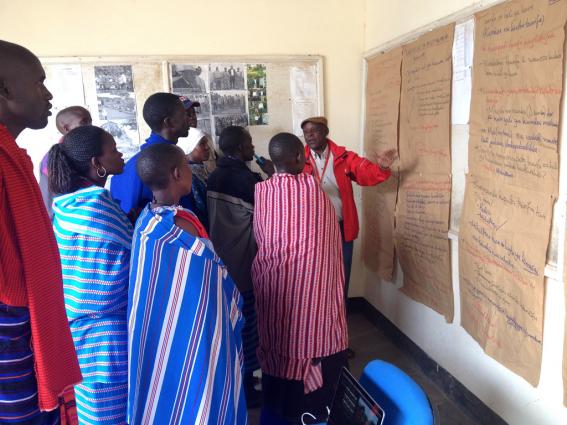 The “Climate Services Adaptation Programme in Africa: Malawi & Tanzania” was the first multi-agency initiative to be implemented under the Global Framework for Climate Services. This flagship Programme helps develop user-driven climate services for food security, health and disaster risk reduction in Malawi and Tanzania. Funded by the Government of Norway, the Programme increases the resilience of people most vulnerable to the impacts of weather and climate-related hazards such as droughts and flooding and associated health risks including malnutrition, cholera and malaria. It also aims to strengthen the capacity to develop and use climate services as well as combine cutting-edge science with traditional knowledge. It represents a unique partnership between climate and social scientists, researchers, development and humanitarian agencies and other key user sectors.

The Climate Services Adaptation Programme in Africa – also known as Climate Services Action, is being rolled out over a three year period. Kick-off meetings were held in Malawi and Tanzania in February 2014. A national consultation embracing all stakeholders took place in Tanzania in May 2014 and in Malawi in June 2014 to establish the institutional framework to optimize collaboration between climate service providers and users.

In Tanzania, the programme focuses on improving weather and climate services for food security, health and disaster resilience in two pilot areas in the Longido and Kiteto Districts of northern Tanzania. Both districts are semi-arid and are populated by Maasai communities which depend on livestock for their livelihood and are extremely vulnerable to climate variability which affects the onset, duration and intensity of the rainy season, and climate change.  The Tanzania Meteorological Agency is committed to improving the accuracy and reach of its short-term weather and longer-term seasonal forecasts and to make them available in a suitable format to users. Project partners collaborate to identify exact user needs, develop capacities, provide training and awareness activities to ensure the climate information is used effectively and evaluate the contribution of climate services to sustainable development at the end of the three-year period.

Similar activities have been implemented in Malawi, focusing on the districts of Chikwawa, Lilongwe, Nsanje and Zomba in the first year, and have been expanded into additional districts. In Malawi, the Programme includes activities aimed at strengthening the capacity of urban communities to prepare for and respond to severe weather events, building on work that has been implemented by the Malawi Red Cross with support from the Finnish Red Cross and the Finnish Meteorological Institute.