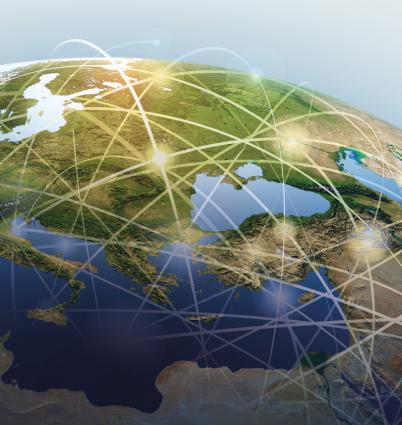 South-East Europe has experienced a significant number of severe meteorological and hydrological events in recent years. Heavy precipitation has caused floods and landslides. Droughts have increased the incidence of forest fires. People have suffered under prolonged heat and cold waves. There have been severe thunderstorms and hailstorms. These natural hazards have had significant impacts: human lives have been lost, property and infrastructure damaged, and the functioning of key sectors impaired. The Fifth Assessment Report of the Intergovernmental Panel on Climate Change (IPCC) suggests that there will be a marked increase in the frequency of weather and climate extremes in the future, particularly of heat waves, droughts and heavy precipitation. This will, in turn, increase demand for improved early warning for communities under threat from such natural hazard as well as a need for more preparedness in those communities in order to improve their resilience. WMO initiated the ‘South-East European Multi-Hazard Early Warning Advisory System (SEE-MHEWS-A)’ project in 2016 to assist Members in the region to achieve these objectives. This project builds on the outcomes of several recent projects in the region related to disaster risk reduction that were implemented with funding from the European Union, United Nation agencies, the World Bank and a number of other international and national organizations.

This SEE-MHEWS-A project will benefit the National Meteorological and Hydrological Services of WMO Members from the region - that is Albania, Bosnia-Herzegovina, Bulgaria, Croatia, Cyprus, Greece, Hungary, Israel, Jordan, Lebanon, North Macedonia, Republic of Moldova, Montenegro, Romania, Serbia, Slovenia, Turkey and Ukraine. The Project Steering Committee, composed of the Directors of the NMHSs of the WMO Member States listed above, will manage the advisory system developed under the project.

The previous projects demonstrated that there is a need to strengthen regional cooperation in order to address gaps in forecasting and warning provision at the national and regional levels, particularly in transboundary areas. To achieve this, the development of a regional multi-hazard early warning advisory system – consisting of information and tools for forecasters at National Meteorological and Hydrological Services (NMHSs) and harmonized national early warning systems – is essential. The development of the SEE-MHEWS-A will support the NMHSs in fulfilling their mandate to provide timely and accurate warnings in order to minimize the impacts on people, infrastructure and industry of hazardous weather events and to protect the lives and livelihoods of the people.

SEE-MHEWS-A will provide operational forecasters with effective and tested tools for forecasting hazardous weather events and their possible impacts in order to improve the accuracy of warnings and their relevance to stakeholders and users. On a single virtual platform, the system will collect existing information, products and tools for the provision of accurate forecasts and warnings to support hazard-related decision-making by national authorities. Furthermore, the system will function as a cooperative platform where forecasters from different countries can work together on the identification of potential hazards and their impacts, especially when impending weather hazards may have potential impacts in many countries.

The overall objectives of the SEE-MHEWS-A project are:

The first phase of the SEE-MHEWS-A project in 2016-2017 was supported by the the U.S. Agency for International Development (USAID), Office of U.S. Foreign Disaster Assistance ($580,000). During this inception phase, a detailed Implementation Plan was developed that provides guidelines for development of the technical part of the system and for all activities necessary to establish advisory system operations by mid-2023. In addition, the plan considers the governance structure and other management aspects of the project implementation. The plan was developed as a joint effort between WMO, NMHSs of the region, and numerous collaborators, including WMO Regional Specialized Meteorological Centers, research institutions, numerical weather prediction consortia, and European and US meteorological and/or hydrological services.