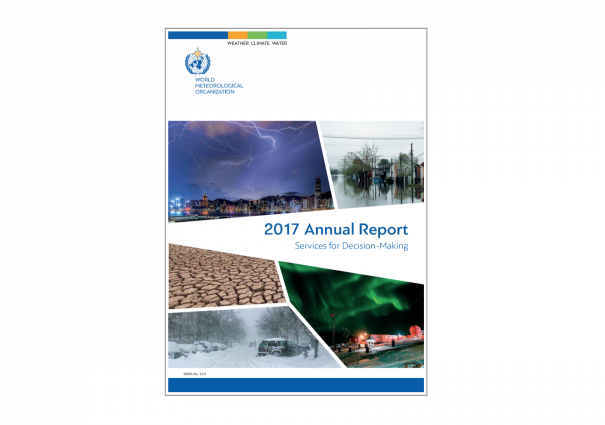 WMO provides world leadership and expertise in international cooperation, enabling its Members to deliver and use high-quality, authoritative weather, climate, hydrological and related environmental services, in order to improve the well-being of societies throughout the world. 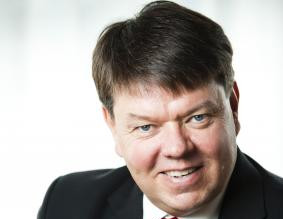 In 2017 the world witnessed an array of destructive weather events and record-breaking climate extremes. The years 2015, 2016 and 2017 have been confirmed as the three warmest on record: 2016 was the warmest of the three, whilst 2017 tied with 2015 as the second warmest year on record. With three major hurricanes striking Caribbean countries and the southern United States with record rains and winds, 2017 was the most costly and destructive ever North Atlantic hurricane season. Major monsoon floods caused havoc in the Indian subcontinent; flooding claimed lives in Bangladesh, China, Peru and Sri Lanka; the longlasting drought in East Africa persisted; heatwaves affected Australia, Europe and the United States; and particularly dry and hot summers led to raging forest fires in California and Portugal. A deadly heatwave in Pakistan produced an apparent temperature record for Asia of 54 °C (to be confirmed), only 2.5 °C below the world record set in July 1913 in Death Valley, the planet’s hottest place.*

Governments rely on our community’s information and services to protect life and property from a wide array of extreme events. They also use them to advance the global agenda, notably the Sustainable Development Goals, the Sendai Framework for Disaster Risk Reduction, and the Paris Agreement on climate change. Decision-makers need to understand how climate variability and change are likely to affect key sectors such as agriculture, water resources, energy production, finance, migration, public health and disaster risk management. Integrating weather and climate information with socioeconomic, geographical and other data makes it possible to create particularly powerful decision-support tools. 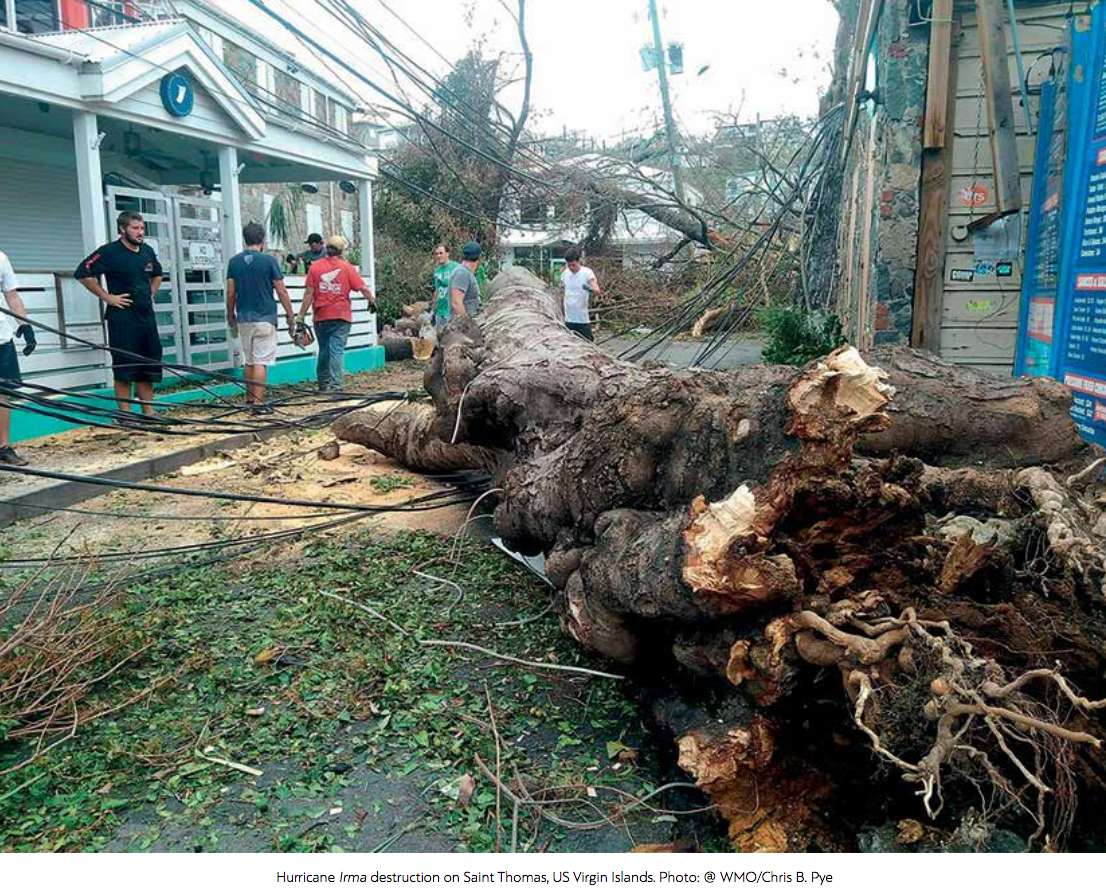 Clearly, the World Meteorological Organization (WMO) has never been more relevant. The National Meteorological and Hydrological Services (NMHSs), which represent most Member governments at WMO, take the lead in monitoring the Earth’s weather, climate and hydrological systems. Together with other experts and institutions, they conduct the scientific research that is rapidly enhancing our understanding of the Earth system. They then draw on this work to deliver the high-quality weather, climate, hydrological and environmental information and services that empower decision makers at all levels of society.

Year after year, WMO and its Members continue toimprove the delivery of high-quality predictions and information. Tropical cyclones are a good example: thanks to high-resolution satellite imagery and sophisticatedmodels, emergency managers can now issue accurate and targeted warnings more than a week in advance. Communities can use information on long-term trends to prepare for change and to build resilience. By ensuring that service providers consult with users when they develop new services, we are able to generate information that provides practical, real-life solutions.

This Annual Report provides a snapshot of this progress. During the course of this single year, the new WMO HydroHub started to stimulate innovation and community engagement for making hydrological measurements more sustainable. WMO became an official observer with the Arctic Council and launched the Year of Polar Prediction to improve predictions for the Arctic and Antarctic. National agencies launched and operationalized sophisticated, next-generation meteorological satellites. The WMO Global Atmosphere Watch (GAW) expanded its reporting to cover reactive gases and airborne dust. We strengthened our partnerships with other United Nations organizations. A meteorological forecaster deployed to the United Nations Operations and Crisis Centre broadened the scope of situational reports and analysis to help decision-makers strengthen proactive disaster risk reduction and aid relief efforts. The WMO project portfolio of some US$ 96 million assisted countries in every region of the world.

Looking ahead, the leadership and staff at WMO know that we cannot stand still. We need to continuously adapt to meet the challenges of increased competition, technological advances, environmental degradation, resource constraints and other forces in a rapidly changing world. Like the United Nations under the leadership of Secretary-General António Guterres, we are undertaking a reform exercise to ensure that WMO remains fit for purpose and becomes ever more nimble and cost-effective. The results of this process will be presented to the next meeting of the World Meteorological Congress in 2019. I hope you will find this Annual Report useful. 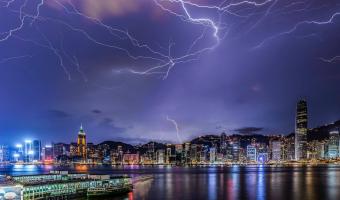 Weather, climate, hydrological, marine and environmental observations and research are the foundation for all the work undertaken by the World Meteorological Organization (WMO) and National Meteorological and Hydrological Services (NMHSs). They underpin the information, forecasts, products and services that enable civil protection authorities to deliver warnings, health officials to prepare for epidemics, and water managers to ensure water supplies. While individual monitoring systems and research programmes may focus on one particular component of the Earth system, these components are all closely interconnected. WMO advocates for continued investment in observations and research and coordinates programmes and activities at the international level. 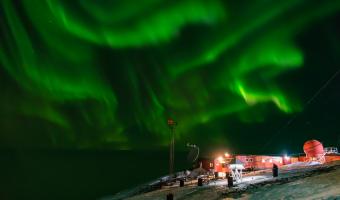 Drawing on the observations and research described above, NMHSs, private companies and other organizations deliver a wide range of products and services that provide weather, climate, hydrological, marine and environmental information for decision-making. These services help countries and communities to anticipate and to defend themselves against hazards such as storms, floods, droughts and extreme temperatures. They also enable governments and economic decision-makers to exploit new opportunities, leading to improved food security, better public health, sustainable resource management and other benefits. This section describes a selection of key services being delivered today by NMHSs and others. 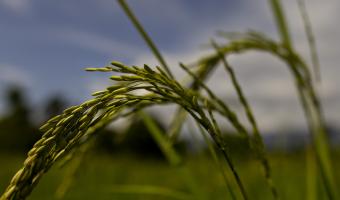 National Meteorological and Hydrological Services, companies, research institutes and experts that constitute the WMO community make a vital contribution to sustainable development. Their weather forecasts and warnings enable countries to reduce the damage from extreme events, which could otherwise set back progress on development by years. Their climate predictions and services guide public-sector policies for promoting sustainable development, and private-sector decisions that enhance economic progress. Hydrological information makes it possible to secure water supplies and manage floods and drought. WMO supports the United Nations 2030 Agenda  and the Sustainable Development Goals by mobilizing resources for critical investments in developing countries.

WMO recognizes the need to continuously adapt to a rapidly changing world. The need for regular reform is being driven by environmental degradation, resource constraints, increased competition, technological advances, and other forces. The goal for WMO is to remain fit-for-purpose and to become more and more nimble and cost-effective. 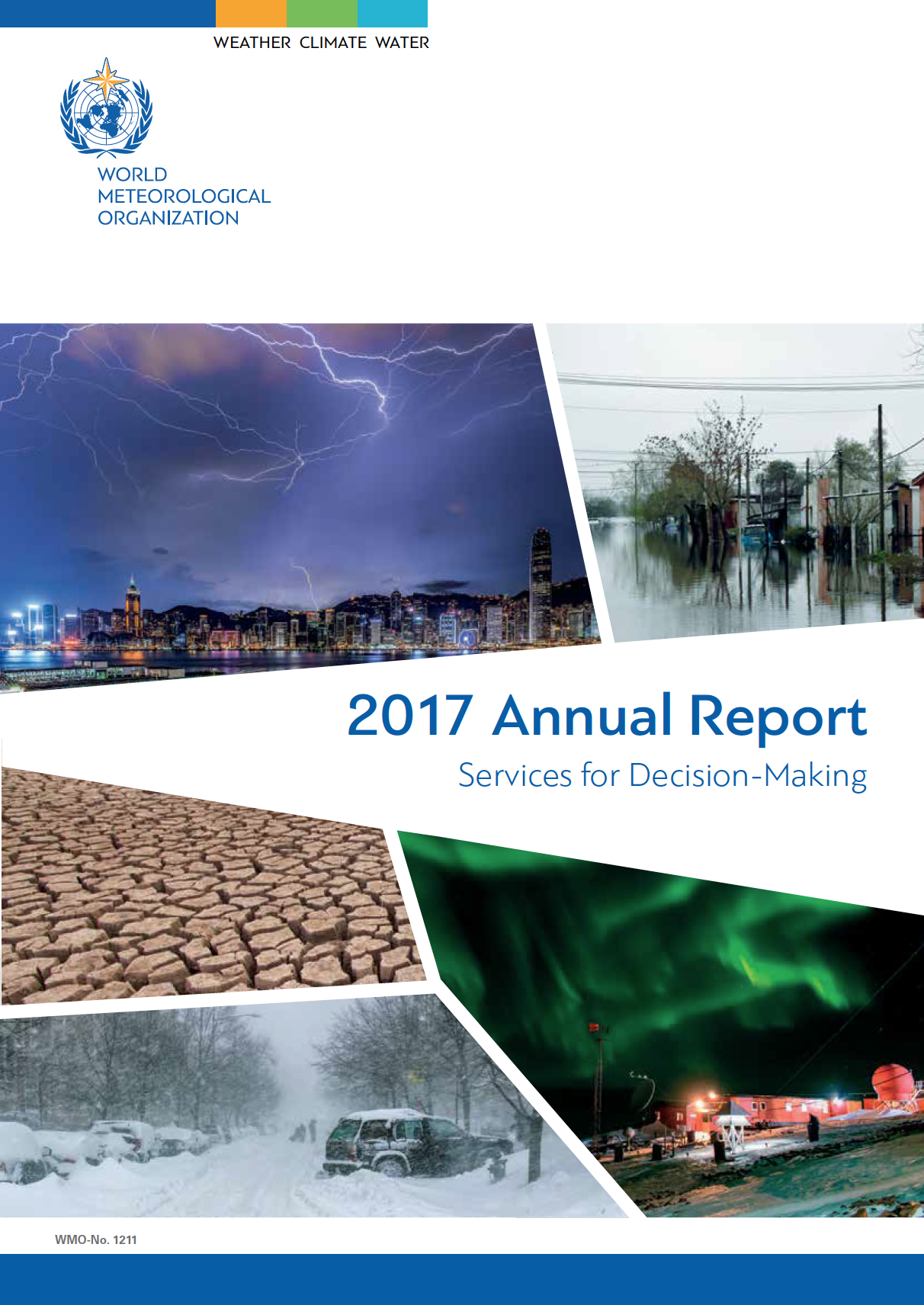