The Role of the Ocean in a Changing Climate 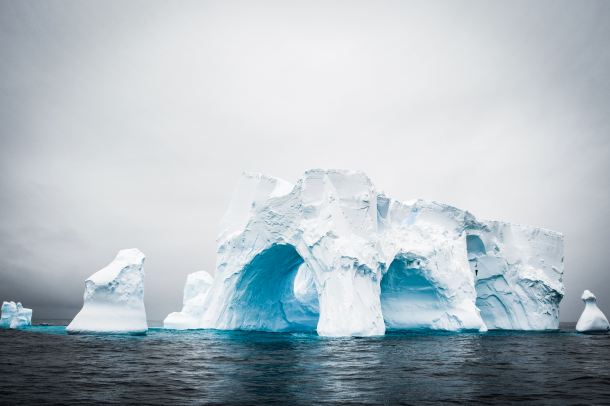 The Role of the Ocean in a Changing Climate

The role of the IPCC

The IPCC is the United Nations body for assessing the science related to climate change. It was established in 1988 by the WMO and the United Nations Environment Programme (UNEP), and endorsed later that year by the UN General Assembly. The IPCC Secretariat is hosted by the WMO in Geneva, with the Secretary of the IPCC appointed and funded by the WMO and the Deputy Secretary appointed and funded by UNEP.

The IPCC prepares comprehensive assessments of the state of the scientific knowledge of climate change and associated ecological, social and economic impacts, and potential response strategies. The IPCC was awarded the Nobel Peace Prize in 2007 jointly with Albert Gore "for their efforts to build up and disseminate greater knowledge about man-made climate change, and to lay the foundations for the measures that are needed to counteract such change."

Since its inception, the IPCC has produced five Assessment Reports (ARs) and is now working on the Sixth. IPCC reports contributed to the creation of the United Nations Framework Convention on Climate Change (UNFCCC), which is responsible for the annual climate negotiations. The Fifth Assessment Report (AR5) provided scientific input to the UNFCCC negotiations leading to the Paris Agreement in 2015. In addition, the IPCC has produced methodology reports and special reports as well as technical papers in response to requests from UNFCCC, governments and international organizations.

Each IPCC report draws on the expertise of hundreds of authors from all over the world, with many more experts contributing to the reports through comments at the formal review stages. The Summary for Policymakers is finalized in an IPCC approval session with government representatives and authors working on the text to ensure it is consistent with the full assessment. IPCC reports draw authority from this endorsement by policymakers and the scientific community.

Ocean and cryosphere in a changing climate

The IPCC agreed in 2016 to prepare the requested special report on the ocean and cryosphere as part of its AR6 work programme. The resulting IPCC Special Report on the Ocean and Cryosphere in a Changing Climate (SROCC) was released in September 2019. More than 100 authors from 36 countries assessed the latest scientific literature for the report, referencing about 7 000 scientific publications and considering over 31 000 review comments from experts and governments.

This was a benchmark contribution to global understanding of the ocean, weather and climate, and focused attention at the “Blue” Conference of the Parties (COP25) to the UNFCCC in Madrid, Spain, in December 2019. SROCC highlighted the need to prioritize strongly coordinated action to reduce risks from changes in the ocean. It also underlined the benefits of combining scientific and local or indigenous knowledge to develop suitable options to manage climate change risks and enhance resilience.

The ocean has absorbed more than 90% of the excess heat in the climate system. By 2100, the ocean will have absorbed two to four times more heat than it has in the last 50 years if global warming is limited to 2°C, and up to four to seven times more if emissions are higher. In warmer ocean waters, the mixing between water layers is reduced, and with it the supply of oxygen and nutrients for marine life. In addition, the ocean has absorbed between 20% to 30% of human-induced carbon dioxide emissions over the past 40 years, causing ocean acidification. Ocean warming, oxygen loss and acidification and changes in nutrient supplies are already affecting the distribution and abundance of marine life in coastal areas, in the open ocean and on the ocean floor.

There is overwhelming scientific evidence that this will result in significant consequences for ecosystems, society and economies. Ocean warming and changes in ocean chemistry are already disrupting the ocean food web, with impacts on marine ecosystems and the people that depend on them. Communities that depend highly on seafood may face risks in the future to nutritional health and food security.

Sea level has risen by around 15 cm during the 20th century. Sea level rise is due to meltwater from glaciers, to the expansion of warming sea water and to growing meltwater inputs from ice sheets in Greenland and Antarctica. The increasing contribution from these ice sheets is accelerating the rate of sea level rise, currently at 3.6 mm/year.

Sea level will continue to rise for the next centuries. Projections show that sea level rise can reach around 30 cm to 60 cm by 2100 even if greenhouse gas emissions are sharply reduced and global warming is limited to well below 2°C. However, if greenhouse gas emissions continue unabated, the increase will be between 60 cm to 110 cm by 2100 and reach much beyond over centuries. Sea level rise is not globally uniform but varies regionally – processes not driven by recent climate change can exacerbate sea level rise regionally.

Sea level rise and more intense storm events will also increase the frequency of extreme sea level events that occur during high tides with increasing risks for many low-lying coastal cities and small islands. In addition, increases in the intensity of tropical cyclone winds and rainfall are exacerbating extreme sea level events and coastal hazards such as storm surge. Without major investments in adaptation, low-lying regions will be exposed to an increased flood risk and some, including island nations, will likely become uninhabitable given the climate-related ocean and cryosphere changes. When this will occur is difficult to assess in many regions. A lower rate and degree of ocean and cryosphere change would provide greater scope for adaptation opportunities.

Another type of extreme event, marine heatwaves (periods of extremely warm near-sea surface temperature that persist for days to months and can extend up to thousands of kilometres) have become more frequent and intense since the early 1980s. Under future anthropogenic warming, marine heatwaves are projected to further increase in duration, intensity, frequency and spatial extent. Projections show that frequencies of marine heatwaves will be 20 times higher at 2° C warming in comparison to pre-industrial levels. Impacts of average and extreme warming include mass mortalities of coastal species and large-scale bleaching of coral reefs as well as shifting fish stocks with reduced fisheries results.

The SROCC assessment reveals the benefits of ambitious mitigation and effective adaptation for sustainable development and, conversely, the escalating costs and risks of delayed action. Knowledge and action can make a difference. The ocean on which we all depend can be supported by parallel actions: strong reduction of greenhouse gas emissions accompanied by integrated responses, including the restoration of degraded coastal ocean habitats and a careful management of ocean resources.

The IPCC forthcoming Sixth Assessment Report will provide the latest knowledge of the ocean in Working Group I (Physical Science Basis of Climate Change) and Working Group II (Impacts, Adaptation and Vulnerability).

* Disclaimer: The author contributed to this article in his personal capacity. The views and opinions expressed in this article are the author's own and do not represent those of the IPCC.