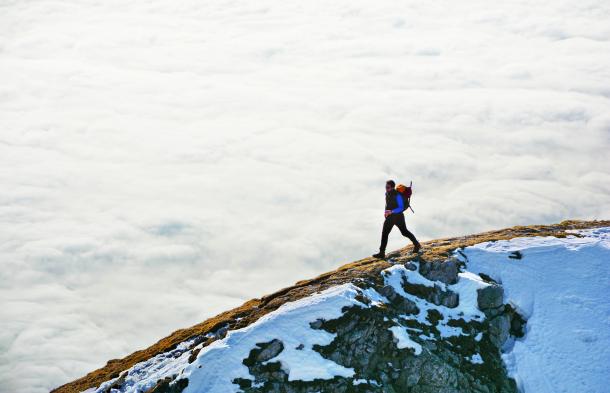 Each year since 2005, a community of researchers for the Global Carbon Project produce and report a global carbon budget quantifying CO2 emissions for the prior year, then apportioning that carbon to the atmosphere, the ocean or the land. This careful accounting of human disturbance of the natural carbon cycle, accompanied by quantification of uncertainties in each source and sink term, allows the research community to understand and monitor major components of and processes within the global carbon cycle.

The annual carbon budget also provides a highly valuable resource within a climate policy framework, providing a definitive record of recent trends as well as quantitative updates on permissible emissions for given climate stabilization targets. With solid justification, one can describe the annual carbon budgets as products of high scientific quality with strong political relevance.

A budget for carbon?

To monitor a financial budget, one must know balances between income and expenditure. Likewise for carbon, with CO2 in the atmosphere as the relevant “account”, one quantifies inputs (sources) and outputs (sinks). A global carbon budget determines the input of CO2 to the atmosphere by emissions from human activities, balanced by output (storage) in the carbon reservoirs on land or in the ocean. We can write the carbon budget as a relatively simple balance:

For any given amount of emissions, if less carbon goes into land or ocean more will remain in the atmosphere. More specifically:

For the most recent accounting year, 2015, the annual carbon budget,1 specifies (in units of gigaton of carbon per year, GtC yr-1):

They also use a data set of global and national emissions – drawn primarily from energy data provided by the UN Statistics Division and compiled by the Carbon Dioxide Information and Analysis Center (CDIAC) – that extends consistent well-documented emission data from fossil fuels, cement production and gas flaring back in time to 1751. For the two years immediately prior to each annual carbon budget calculation, before UNFCCC and UN data have emerged, the team utilize an annual energy review compiled and published by British Petroleum.

In general, global total emissions do not exactly equal the sum of national emissions, largely due to emissions from international shipping and aviation that occur outside of national territories. Other uncertainties in emissions arise from uncertainties in amounts of fuel consumed, carbon and heat contents of fuels and combustion efficiencies. Through a thorough sequence of analysis and re-analysis, the team have reduced the overall error of these emissions estimates to +5%; in the case cited here for 2015: 9.9+0.5 GtC yr-1.

Additional emissions come from human-driven land use changes including deforestation, afforestation, logging (forest degradation and harvest activity), shifting cultivation (cutting forests for agriculture and then abandoning), and regrowth of forests following wood harvest or abandonment of agriculture. The carbon budget team calculate human-influenced land change emissions as the sum of all identified anthropogenic activities. Some of these activities lead to emissions of CO2 to the atmosphere while others lead to CO2 sinks. To supplement a bookkeeping analysis based on net forest area change and biomass data from the Forest Resource Assessment of the Food and Agriculture Organization (only available at five-year intervals), they incorporate inter-annual variability of deforestation and degradation estimated from satellite-based fire activity in tropical forest areas.

The team further supplement these observational data with land-use change CO2 emissions estimated using an ensemble of Dynamic Global Vegetation Model simulations. Uncertainties in land-use emissions arise from differences between the bookkeeping, satellite-based and modelling methods and from uncertainties in the underlying land cover change data sets. Overall, the carbon budget team estimates an uncertainty of +0.5 GtC yr-1 for these land use terms; in the 2015 example: 1.3+0.5 GtC yr-1.

To quantify annual growth rates of atmospheric CO2 concentration, the team rely on direct measurements. They use global growth rates of CO2 compiled by the US National Oceanic and Atmospheric Administration (NOAA) Earth System Research Laboratory from an average of marine boundary layer sites with well-mixed background air. Annual increments come from the average of the most recent December-January time period, corrected for the average seasonal cycle and subtracting this same average one year earlier.

Careful measurement inter-calibration and data processing of direct measurements from multiple and consistent instruments and stations distributed around the world, coupled with rigorous scientific peer review of the measurement technologies and annual data, allow the team to assign a relatively low uncertainty – +0.2 GtC yr-1 for 2015 – to this term of the carbon budget. By using ice core CO2 data to establish a pre- industrial baseline concentration (277 +3 ppm), authors of each annual carbon budget can monitor and update total carbon accumulated in the atmosphere since 1750.

To quantify CO2 uptake by the ocean, the team use a combination of observations from the 1990s combined with ocean biogeochemistry models that produce trend and variability estimates for the time period 1959-2015. They validate their ocean uptake estimates with two observation-based estimates available for recent decades. Combining data uncertainties with model uncertainties gives a total uncertainty estimate of +0.5 GtC yr-1 for the ocean sink term.

On land, regionally variable combinations of the fertilizing effects of rising atmospheric CO2 on plant growth and nitrogen deposition, and climate effects (such as the lengthening of the growing season in northern temperate and boreal areas) all influence carbon uptake. Quantifying annual global uptake by terrestrial vegetation and soils thus proves the most difficult task in assembling an annual carbon budget.

With four of five terms – fossil fuel emissions, land use sources, atmospheric concentration and ocean uptake – and their uncertainties known, the authors of the annual budget first calculate terrestrial uptake as the residual of the other four terms and then compare that residual to information produced from Dynamic Global Vegetation Model simulations. Therefore, by design the overall budget process assigns most of the uncertainties of the method to poorly known or poorly modelled land processes. For example, in 2015 the land sink carries the largest uncertainty of the five terms: +0.9 GtC yr-1.

By identifying reliable data sources to quantify each term of the present-day carbon budget, the team also assemble those data sets most suitable for historical analysis. Monitoring the budget terms over time allows users to understand recent and long-term trends.

The figure on the next page, extracted from the 2015 carbon budget document, shows the history of the five carbon budget terms for roughly the past 140 years. On the input side (top half of the graph), one sees the clear increase of fossil fuel emissions on top of a relatively steady land use change contribution. The lower half of the graph shows that the sum of carbon accumulating in the land, atmosphere and ocean balances the inputs. Also note the large variability of the land and atmosphere terms, with the atmosphere terms quite well-constrained by measurements.

Thanks to the dedicated work of this group, the research and policy communities know the present and past carbon budget, within noted uncertainties.

The community and its impact

The Global Carbon Project establishes and maintains connections among climate, ecological and economic communities, serving the research community as a necessary and effective coordination and assembly point for science and information about the global carbon cycle. The annual carbon budget for 2015 involved 68 co-authors from fields of biochemistry, economics, atmospheric chemistry, geography and oceanography, and incorporated information from 11 categories of observational and model data sources, several of those categories having multiple implementations or versions. They also produced the first global methane budget.

All Global Carbon Project products demonstrate skillful combinations of observations with models. Global Carbon Project depends on external measurement networks such as the greenhouse gas network coordinated and supported by the WMO Global Atmosphere Watch programme. Their work also requires a deep positive engagement with the physical climate community of the World Climate Research Programme (WCRP). The WCRP Carbon Feedbacks Grand Challenge addresses urgent questions about the capacity and durability of the land and ocean carbon sinks as climate changes.

One can only admire the level of individual commitment and international coordination required to quantify, on an annual basis, this important component of the Earth system. When humans eventually slow or stop carbon emissions, researchers and policy makers will look to Global Carbon Project and its thorough and credible annual budgets for clear, reliable evidence of when and how such reductions play out in the carbon cycle and the climate system.