Case Study: Implementation of the IGAD-HYCOS Project in Uganda 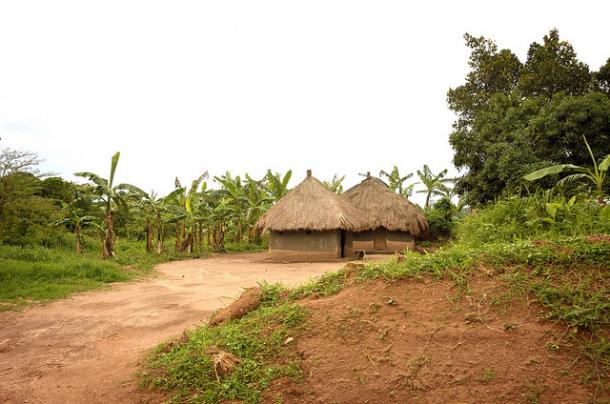 Case Study: Implementation of the IGAD-HYCOS Project in Uganda

About 60% of the East and the Horn of Africa – the region covered by the Intergovernmental Authority on Development (IGAD) – is arid or semi-arid. The availability of water resources is uneven and irregular, both in space and time, notwithstanding the presence of the River Nile and several lakes. The IGAD-HYCOS (Hydrological Cycle Observation System) project, launched in 2011, aimed to develop a sustainable and integrated water resources management system in the region.

IGAD member States – Burundi, Djibouti, Ethiopia, Kenya, Rwanda, Somalia, South Sudan, Sudan and Uganda – have experienced periodic droughts over the last few decades with dramatic human, economic and ecological consequences. On the other hand, the characteristic high-intensity rainfall of the region’s short wet season leads to major flooding, the impacts of which have aggravated due of climate change, and the absence of appropriate adaptation strategies. In the last two decades, some 5 000 lives have been lost in 96 major floods that affected approximately 12.5 million people and left 2 million homeless.

The IGAD-HYCOS project would address these issues by enhancing regional cooperation and collaboration in the collection, analysis, dissemination and exchange of hydrological and hydrometeorological data and information for water resources assessment, monitoring and management. Specifically, the project would provide adequate infrastructure for hydrological observations and data receiving platforms, including databases and web-based data and information dissemination capabilities. These activities would strengthen regional and national capacities for more-efficient, cost-effective and sustainable water management by of National Hydrological Services (NHSs).

The entire IGAD region participated in the project, which ran from July 2011 to March 2017 with funding from the European Union and with WMO as the implementing agency. In each country, the project was placed under the ministries/departments or agencies responsible for water resources management, and a steering committee member, acting as overall supervisor, was assisted by a national focal point responsible for day-to-day operation. The Project Steering Committee – which included the steering committee member and national focal point of each country as well as the implementing and funding agencies – provided overall policy guidance. The Project Management Unit acted as the secretariat.

In this article, Uganda is used to exemplify the implementation and achievements of IGAD-HYCOS in each of the nine participating states. In Uganda, the IGAD-HYCOS project was anchored in the Directorate of Water Resources Management (of the Ministry of Water and Environment), and supported its NHS.

The project has assisted countries to design a strategic, and optimum, monitoring network of surface water and groundwater stations. Each of these networks includes a mix of upgraded old manual stations and entirely new stations that have all been equipped with telemetry systems and now support real-time data delivery to national and regional databases.

In Uganda, 12 surface water and 26 groundwater stations were installed by NHS technicians with support from the project’s field hydrologist. In the entire region, 199 stations were installed – 123 surface water and 76 groundwater stations. Operation and maintenance for the new stations has been gradually streamlined into the national networks at varying levels for individual countries.

In addition to the stations, the project provided equipment to monitor water resources. This included an acoustic Doppler current profiler, current meters, boats and outboard engines for conducting discharge measurements and survey equipment for use in the benchmarking and setting up of stations. The equipment has enabled countries to develop rating curves for new stations and to recalibrate gauged sections on old networks.

The project has supported the strengthening of national databases that will, in turn, feed into the newly established regional database. This has enabled countries to process data and information, and to generate useful information for decision-making on water-related issues to support sustainable economic developments.

The Project Management Unit has worked with countries to design data management systems that meet their hydrological requirements. First, the country’s existing systems were assessed – most had near-obsolete databases (e.g. HYDATA), decades old and no longer supported by their original suppliers. Hence, it was necessary to upgrade many of them. New hardware and data management software were recommended, resulting in more-effective systems.

The Project Management Unit created a website for posting all information related to implementation. This was replicated by NHSs who posted similar information on the national web pages. Thus, the project had visibility at regional and national levels.

The first training sessions were at the regional level, and targeted resources persons responsible for national training. These resource persons then replicated the sessions at the national level, thus, many national staff have benefited from the workshops.

The IGAD regional centre manages the regional water information system/database, including generation and dissemination of useful hydrological products. The centre plays a coordination role and promotes cooperation among member States. The regional database, currently under the care of the IGAD Climate Prediction and Applications Centre (ICPAC), receives data transmitted directly from observing stations in member States. ICPAC is expected to operationalize the centre and work with member States to ensure sustainability of the IGAD water information system.

Experiences and challenges during implementation

Coordinating multidisciplinary, multicultural, multi-linguistic and politically diverse teams to implement the regional project was a challenge. A mechanism for harmonized work methods and procedures was adopted by steering committee members to address variances.

Nine countries with differing law regimes, operating procedures and standards for allowing free flow and sharing of data for joint purposes were involved in the project. Confidence-building had to take place step-by-step. It started with the compilation of a draft manual on harmonized data sharing for technical review and approval by individual countries. This was followed by the development of a binding data-sharing protocol to be ratified at the governmental level. At every stage, countries were reminded of their existing data-sharing obligations under other arrangements.

Some of the countries had poor Internet network connections and data transmission was not well covered by the networks of mobile service providers. Conversion to satellite transmission was recommended. For other Internet-supported hydrological or communication operations at the NHSs or in the data centres, bandwidth or bundles for Internet connections from service providers were enhanced.

There was a requirement for re-configuration of stations to a regional file transfer protocol as some NHSs initially had poor Internet connections. As assets are gradually transferred from regional project databases to ICPAC, there is a need for further support on data integration to ensure that data are received at national level, then transmitted to the regional database.

There is still a need for integration of incoming data from observing stations into the existing database. For every new project, the observing stations come with a separate computer server as the data-receiving platform. However, data are gradually being integrated into a common database. In the case of the IGAD project, data from the field were transmitted directly to the regional database in Nairobi pending twinned transmission to the national and regional databases.

Vandalism of equipment has lead to large data gaps. During installation and testing, solar panels were temporarily used to power small, but long-lasting, batteries. However, the power sources – both solar panels and batteries – are often stolen or vandalized. The longer-term solution to minimize disruptions caused by vandalism is to connect all stations within a 1-km radius to the national hydropower grid.

For after-sales service/support by suppliers beyond the project lifetime, there is online communication with the manufacturer whenever there is a problem. The suppliers have also created local counterparts and outlets to handle after-sales support and to provide access to spare parts. This is the result of a policy to encourage local content in all procurements.

Measures being adopted for sustainability

There is a need to create political goodwill to support the above initiatives. Politicians need to be brought on board, as they control national and state resources. Governments in the region do not give priority to water resources management, thus maintenance of the newly created infrastructure may pose challenges.

In Uganda, the NHS has prepared a paper on the importance of water resources management to the socio­economic development of the country. This will assist the ministry to lobby for more financial allocations from national funds for operation and maintenance and further expansion of the monitoring network.

The establishment of a balanced team of dedicated staff – hydrologists, technicians, data management experts and information technology specialists – will ensure the sustainability of the new infrastructure. A Water Resources Institute is in the final stages of being established in Uganda. It will provide continuous capacity-building of ministry staff in the specialized areas of data management, information technology for data transmission, flood modelling, and more. The Institute will also serve as an induction vehicle for fresh graduates joining the NHS to narrow the gap between theory and practice. Further capacity-building to keep staff abreast of advances in technology will also contribute to the sustainability of systems.

There is a need for community support for the data-collection infrastructure. Most gauging stations in Uganda are remotely located from human settlements, which makes them subject to vandalism. Sensitization of communities to the use of the equipment and benefits to them, and the involvement of local artisans as observers on manual stations and for simple repairs, has reduced incidents of vandalism.

The planning model, based on the hydrological catchment adopted in Uganda, is also increasing the appreciation of local communities for the facilities. The model engages all stakeholders, through their catchment management organizations, in deliberations on allocations of water for various competing uses. In this way, the value of the observing stations in providing base data for developing the catchment management plans becomes apparent to the community.

In Uganda, the NHS has prepared a business plan for its operation. The Government will provide half of the required financial resources. The NHS is advocating for the creation of an environment fund for activities related to water resources management to generate revenues to cover the rest of its budget. Contributions to the fund would be by way of a small tax levy on revenue from data sales and from permits for water abstraction and effluent discharge.