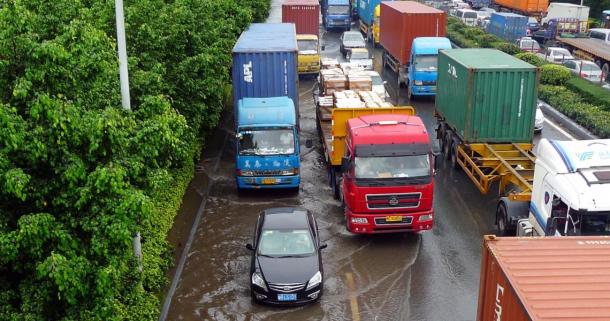 China is one of the countries most affected by meteorological hazards. From 1984 to 2014, on average per annum meteorological hazards caused 4 066 deaths and 192.2 billion Chinese Yuan Renminbi (CNY, US$ 30.5 billion) direct economic losses – 2% of the Chinese Gross Domestic Product (GDP). The annual average loss ratio (direct economic losses/annual GDP) halved from 2.08% from 1984 to 2000 to 1.03% from 2001 to 2014, despite economic development, and thanks to improved disaster prevention and mitigation measures. That 1.03% ratio is still 8 times higher than the global average (0.14%) and 3 times higher than that of the United States of America (0.36%). In fact, China’s average loss ratio exceeds that of all the other countries as seriously affected by meteorological hazards. China Meteorological Administration (CMA) thus determined in 2009 that the country’s early warning services needed further improvement.

By 2007, Chinese conglomerates, like the megacity of Shanghai, had multi-hazard early warning services (MHEWS) for disaster; however, these were traditional services based on fixed thresholds. Under such a system if, for example, the precipitation forecast for a certain day is greater than or equal to 50 millimetres (mm), then the event would be classified as a rainstorm and an early warning for a rainstorm would be launched. In 2009, CMA decided that such a system was not enough and that the country would benefit by moving to an impact and risk-based EWS.

Since, China has been investing time and money to upgrade, countrywide, to a risk-based EWS with the aim of managing and reducing disaster risks related to meteorological hazards. The system meets the goals of the Hyogo Framework for Action 2005-2015  “Building the Resilience of Nations and Communities to Disasters (HFA)” and promises to further mitigate the economic losses and casualties that relate to natural hazards. The benefits of impact and risk-based EWS are being demonstrated through practical experiences worldwide.

Increased media coverage and a perception of an acceleration in the occurrence of disasters has led to a public outcry for better information that will permit individuals to act in time to save their lives, property and livelihoods from damage. Thus, over the last 50 years, governments and the public have shifted from wanting to know “what the weather will be” to wanting to know “what the weather will do” –  the socio-economic impacts. Both want to mitigate and reduce disaster risks.

The “WMO Guidelines on Impact Forecast and Warning Services” highlights that national meteorological and hydrological services (NMHS) would benefit from moving away from simply providing weather information to expressing how the weather will impact lives, infrastructure and the economy. Their goal should be to provide services focused on socio-economic impacts, that is, evolution toward risk-based EWS (below).

In order to offer risk-based EWS, the impact of a specific hydro-meteorological extreme must be determined by combining the probability of the hazard with the vulnerability (or susceptibility) of the given population or economy to the hazard and their level of exposure to the hazard. In this context, risk-based EWS is a simple form of an impact-based EWS with hazard probabilities. One of the strengths of risk-based EWS is in explicitly taking account of uncertainties. Thus, in determining expected risk (that is the potential socio-economic impacts), the risk-based warning level adopted by CMA integrates factors related to hazard uncertainty, vulnerability and exposure (WMO, 2014).

Risk survey: Risk surveys collect hydrometeorological information and investigate exposure and vulnerability to disasters. In 2012, CMA, in cooperation with other government agencies, started carrying out flood disaster risk surveys in small and medium-sized river basins and in locations that had experienced flash floods, landslides and mudflows in order to compile high-quality historical risk information data. CMA expects to have completed the risk surveys of more than 2 500 counties by the end of 2015. Each county must fill out 42 sheets of survey tables. The information is being consolidated into a database of climate and weather related disasters, which characterizes 28 different types of disasters as well as damage and loss information covering the numerous economic sectors – from water, agriculture, animal husbandry and fisheries to transportation, power, communication, infrastructure and commerce, to name a few – over the last 30 years.

The disaster-inducing parameter thresholds: The disaster-inducing parameter thresholds indicate the levels or limits of a pre-defined parameter(s). The assumption is that when a threshold is reached conditions might induce a disaster, thus the probability of disaster occurrence is high, hence risk is high. CMA has defined warning levels and standards for river floods, urban waterlogging and mountain flash flood. For example, the launch of a blue warning signals water levels for river flooding; while urban waterlogging and mountain flash flood have their own defined levels.

QPE/QPF:  A high space and time resolution and precision of quantitative precipitation estimations and forecasts is the guarantee of a successful warning service. CMA established a QPE system based on data from an automatic observation network and interpolated data from satellites and radar. Quantitative precipitation forecast products, with 10 kilometres (km) spatial resolution and 24-hour ongoing forecast capability, are available nationwide. At the provincial and city level 1-hour short-term precipitation forecasts with higher (1 km) spatial resolution, based on 6-minute ongoing radar observation data, is available, too.

QPE/QPF:  A high space and time resolution and precision of quantitative precipitation estimations and forecasts is the guarantee of a successful warning service. CMA established a QPE system based on data from an automatic observation network and interpolated data from satellites and radar. Quantitative precipitation forecast products, with 10 kilometres (km) spatial resolution and 24-hour ongoing forecast capability, are available nationwide. At the provincial and city level 1-hour short-term precipitation forecasts with higher (1 km) spatial resolution, based on 6-minute ongoing radar observation data, is available, too.

Risk assessment: Spatial disaster risk is assessed by evaluating and mapping the spatial distribution of each hazard.  The exposure and vulnerability of lives, property and infrastructure to the hazards are mapped by methods proposed by the Intergovernmental Panel on Climate Change Fifth Assessment Report  (IPCC 2014).  An up-to-date risk assessment is crucial to evaluate and estimate the probabilities and consequences of climate or weather related disasters. In addition, analysis of historical loss data during risk assessment provides information on spatial coverage, intensity, frequency and duration of such events. For example, data on past precipitation-triggered flooding in an area can be used to estimate probable disaster losses. According to its current timetable, CMA will finish risk assessment mapping in all 2 500 counties by the end of 2018 and will be able to carry out risk-based warning for floods nationwide before 2018.

A risk-related EWS in itself, however, would not satisfy the public, nor the government, need to understand “what the weather will do.” The information and alerts would still need to be communicated – information is only useful if it gets to the right people, if they can understand it and if they can benefit from it to make sound decisions in a timely manner. Dissemination of information is key. Effective dissemination systems must be available 24 hours a day, every day of the year. Issuance of warnings and dissemination to the authorities and the general public are national responsibilities.

CMA, in close cooperation with government departments and agencies that work in disaster related areas, has established an emergency information release, sharing system. The success of CMA dissemination efforts is staggering:

Dissemination is even more important when it comes to the government. The primary objective of EWS is to enable the appropriate authorities to develop pro-active and timely emergency preparedness and response measures to avoid or limit the impacts of extreme weather and climate hazards. To achieve this, a good understanding of lines of authority and decision-making processes is paramount. Additionally, all stakeholders must have a comprehensive understanding of hazard risks and impacts.

Emergency protocols and procedures should be developed from the national to community level clearly defining roles and responsibilities. CMA has a meeting mechanism with focal points from 29 ministries or departments and dedicated lines to 17 ministries/provinces. Together, they have built a joint dissemination system and a sharing and exchange mechanism for meteorological early warning information. A meteorological support system for major emergency relief is also in place between the ministries of land and resources, transportation, health and public security. 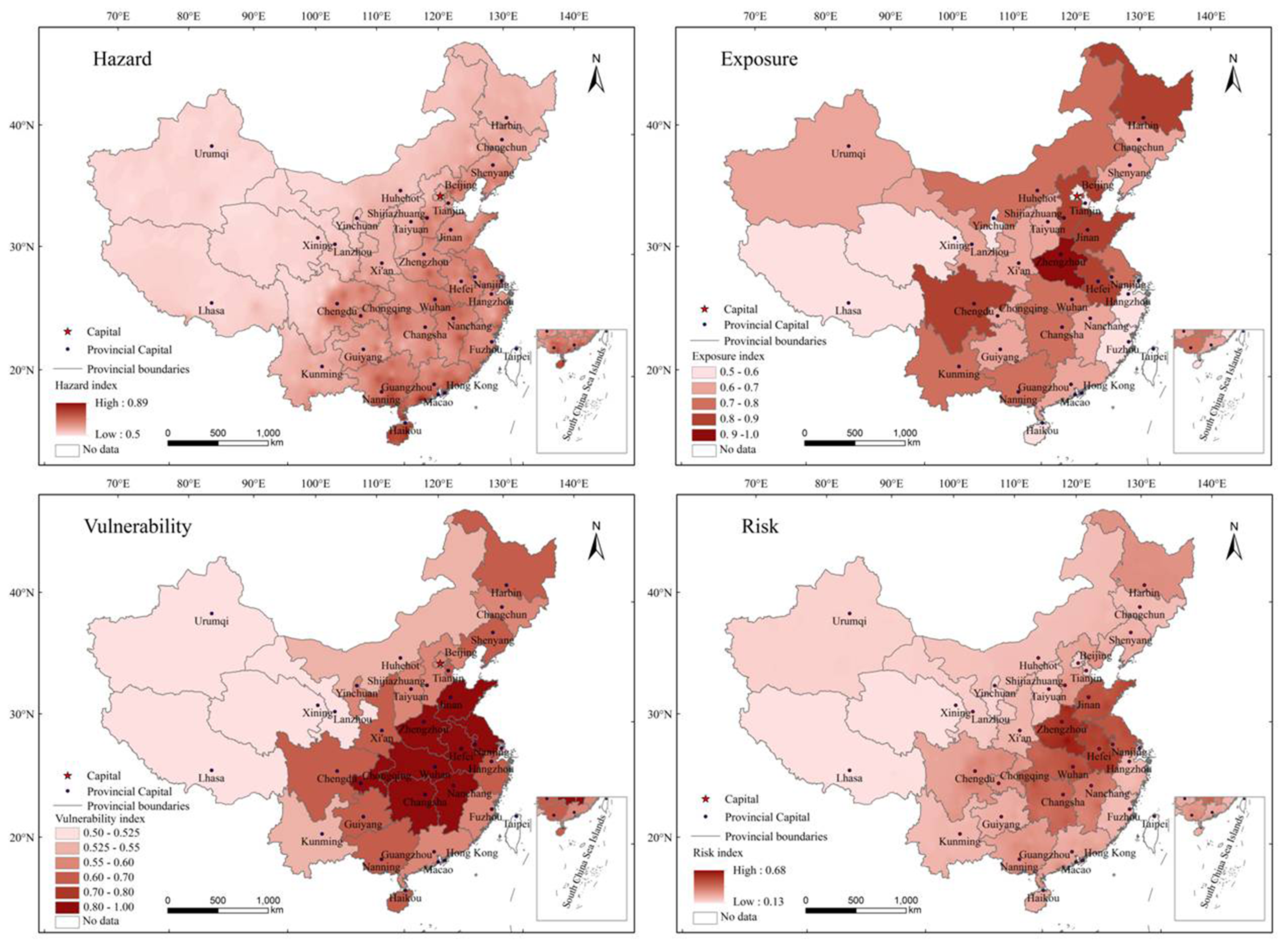 Another key component is formalizing EWS policies into legislation. The policy and legislation instituting the EWS should clearly define the roles and responsibilities of the different agencies and authorities at the national to local levels, make sure these are communicated and understood by all stakeholders – especially the public at risk – and assure that there is a mechanism for support and upgrade the EWS.

What are the preliminary results of the new risk-related EWS in China? Anhui, one of first provinces to have an operational risk-based EWS for flooding, provides an example. The Anhui Meteorological Service forecasted heavy rainfall associated with short-term strong rainfall, thunderstorms and gales starting on the morning of 5 July to 8 July 2013. For the central and northern parts of Anhui, the forecast was for cumulative precipitation of 180-260 mm, but to exceed 350 mm in some locations. The real-time areal precipitation over the Datong river watershed was predicted by using quantitative precipitation estimations and forecasts products. Combined with disaster parameter precipitation thresholds (35mm per day) and information on hydrological and land surface conditions, the Anhui Meteorological Service predicted various flood-affected areas and set the risk-based warning system in motion.

The Anhui Meteorological Service disseminated risk-related early warning information twice a day from 4  to 7 July and provided professional services to the Flood Prevention and Drought Resistance Command Office, the Land and Resources Office, and other government agencies every 3 hours (33 times in total). The risk-based warnings proved timely warnings to the 2 500 people living in low-lying areas, geologically hazardous locations or dilapidated houses who were evacuated. The heavy rainfall from 5-7 July, greater than or equal to 100 mm, caused severe flooding in the Datong River basin and led to economic losses of CNY 727 million (US$ 113.65 million). But thanks to the early warning system there were no casualties. 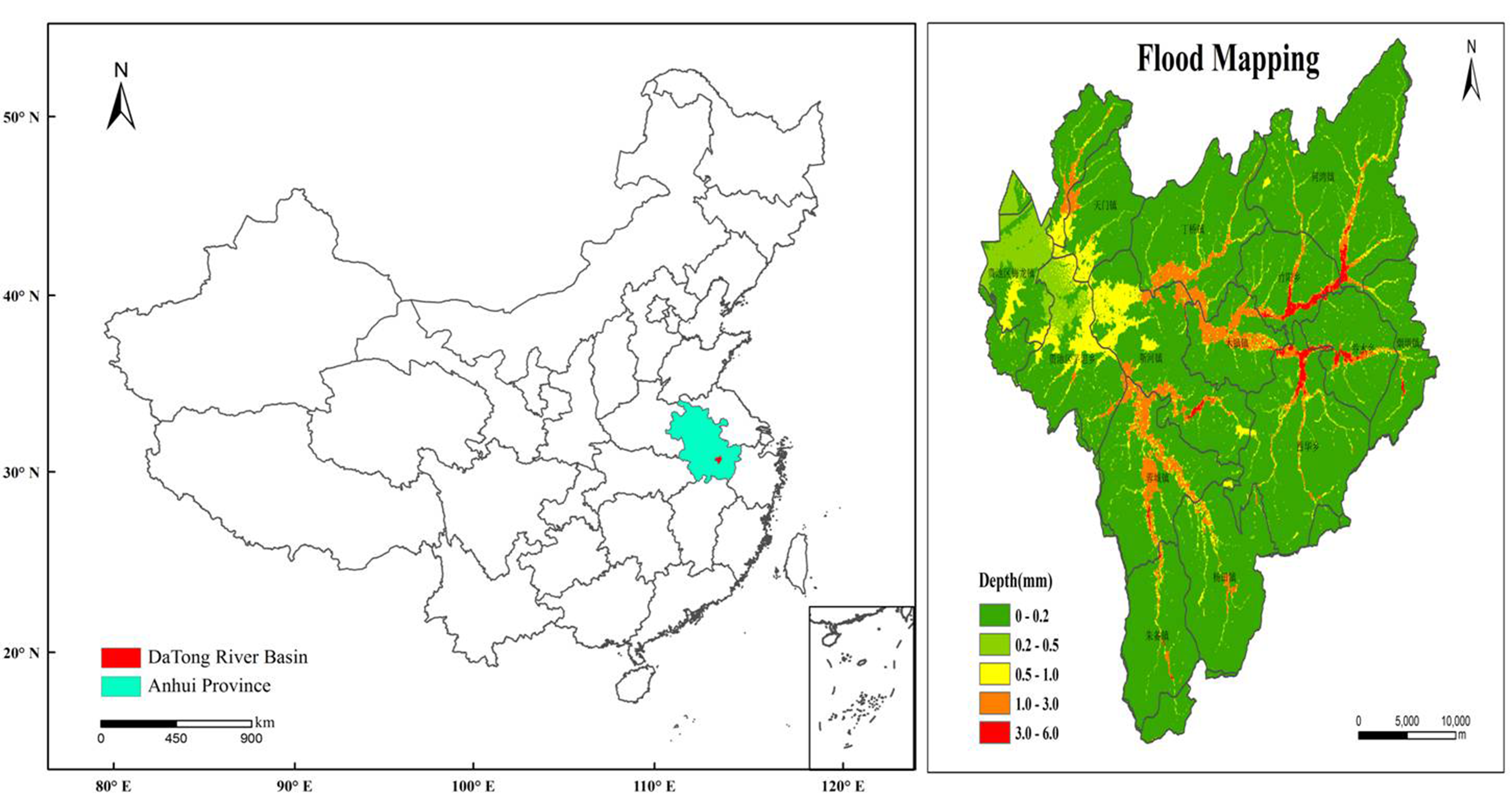 The HFA, the Sendai Framework for DRR 2015-2030: post-2015 framework for Disaster Risk Reduction, and IPCC 2014 have propelled the gradual improvement of traditional EWS to impact and risk-based EWS. Four implementation pathways – risk surveys, disaster-inducing parameter thresholds, risk assessments and risk mapping – must be taken into account by National Meteorology and Hydrology Services (NMHSs). The reduction of impacts and mitigation of risks are the ultimate goals of an EWS. The CMA risk-based EWS, although not yet fully in place across the country, is responding to the pubic outcry and to the requirements of its principal stakeholder, the government.

The upgrade launched by CMA in 2011 will soon achieve its goal of providing risk-based EWS to all of China. CMA offices in all provinces and counties will be able to provide effective and timely early warning services to local people as well as to coordinate with national and local emergency services. There are enormous potential benefits from the application of impact and risk-based EWS. Not least among these, is that impact and risk-based warning messages are easier to understand. The evidence shows that these have already led to an increase in public response, resulting in better protection of life and property. The CMA experience implementing its impact and risk-based early warning services can be a reference for NMHSs worldwide.

SFDRR, 2015, http://www.wcdrr.org/uploads/Sendai_Framework_for_Disaster_Risk_Reductio..., until its adoption at the Third United Nations World Conference for DRR in March 2015 called “post-2015 framework for DRR”.