Climate Predictability in the Stratosphere 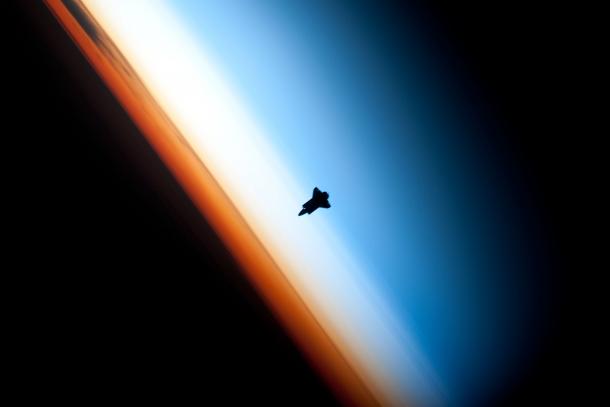 Climate Predictability in the Stratosphere

In order to accurately predict the day-to-day evolution of weather systems, one needs a detailed description of the initial state of the atmosphere. A good picture of the actual atmospheric conditions is therefore required. Predictability of the atmosphere associated with its initial state is, however, limited to approximately 10 days. Beyond this limit, only statistical properties of atmospheric conditions can be predicted. Of these, the mean state of the atmosphere over some period of time and the probability of extreme weather events are perhaps the most relevant for society.

Such predictability is possible because the state of the atmosphere is sensitive to other components of the climate system. These vary at slower timescales than weather and thus constrain the evolution of the atmosphere towards some preferred state. These components include, for example, sea-surface temperature, soil moisture, snow cover and sea-ice extent.

Weather systems develop and exist in the troposphere (the lowest layer of the atmosphere). Above this layer lies the stratosphere, which, as the name implies, is highly stratified, stable and dry. It is not directly involved in the development of daily weather. Rather, stratospheric conditions impose constraints on weather and climate variability, and thus can extend the predictability beyond the 10-day limit, in the same manner as for sea surface temperature or sea-ice cover. The role of the stratosphere in the global climate system is one of the foci of research coordinated by SPARC (Stratosphere-troposphere Processes And their Role in Climate), a core project of the World Climate Research Programme (WCRP).

Founded in 1992, SPARC has coordinated high-level research activities related to understanding Earth system processes for over two decades. SPARC promotes and facilitates cutting-edge international research activities on how chemical and physical processes in the atmosphere interact with climate and climate change and in particular, takes a lead in organizing a variety of projects focused on many issues related to atmospheric predictability. Recent advances in the research on stratosphere-troposphere coupled system inspired the drafting of this short summary of how and when the stratosphere provides climate predictability, which should be of interest to a larger audience of readers concerned with adapting to and mitigating the effects of climate change.

The stratosphere and its impacts on the jet stream

In the mid-latitudes, the stratosphere extends from altitudes of about 10–50 km above the Earth’s surface. In the tropics, the stratosphere starts somewhat higher, at altitudes of about 18 km. The dominant feature of the stratosphere in the winter is a cold circumpolar vortex surrounded by strong westerly winds forming a polar night jet. This jet varies in strength, at times being characterized by anomalously strong winds, while at other times being anomalously weak. When the polar night jet weakens, the westerly winds can sometimes reverse and even become easterlies. During such periods, the polar vortex warms by several tens of degrees and can move off the pole or even split into smaller pieces. Such periods are called sudden stratospheric warmings. In the summer, easterly winds prevail and the season is dynamically quiescent with little variability apart from the slow seasonal changes.

Anomalous conditions in the stratospheric circulation patterns can affect the atmosphere all the way down to the Earth’s surface. Key tropospheric features that are sensitive to the strength of the stratospheric polar night jet are the mean position of the tropospheric westerly jet (the so-called “jet stream”) and the storm tracks that propagate along this jet.

When the stratospheric polar night jet is anomalously weak, the storm tracks shift towards the Equator. This allows intrusions of cold Arctic and continental air masses into areas with a more temperate climate. In the northern hemisphere, such cold air outbreaks usually occur over northern Europe and eastern United States of America. In the opposite case, when the polar night jet is anomalously strong, the storm tracks move poleward and bring mild temperatures and moist air to northern Eurasia. Once the winter stratosphere shifts towards anomalous conditions, it may take up to several weeks before it returns to normal. This persistence of stratospheric anomalies helps to maintain tropospheric circulation and surface climate in anomalous states and thus contributes to enhanced predictability.

So, when the winter stratosphere is in an anomalous state, climate conditions in mid-latitudes become more predictable. In extreme cases, such as sudden stratospheric warmings, skilful predictions of mean temperatures and the probability of cold air outbreaks are possible for periods of up to two months. Extended predictions can be made either by initialized dynamical systems or even by using statistical methods. But what is the cause of these stratospheric anomalies and can we predict them a season or even a year ahead?

The key mechanism leading to anomalies in the stratospheric circulation is the action on the mean stratospheric state of large atmospheric eddies generated by the topography and thermal inhomogeneity at the Earth’s surface. These eddies can propagate up to the stratosphere as planetary-scale waves only when stratospheric winds are westerly. This is why stratospheric conditions are variable during winter, but not during summer when winds are easterly. An amplification or attenuation of the magnitude of climatological planetary waves, which are always present in the troposphere, leads to a corresponding weakening or strengthening of the polar night jet.

Factors that control the generation and propagation of planetary waves are numerous, which makes exact forecasting of the evolution of the stratosphere strongly dependent on initial conditions, similar to the troposphere. Thus, predictability of anomalous stratospheric conditions is, in most cases, limited to roughly 10 days, which is the same as for weather systems. Nevertheless, it may be possible to predict the probability of extreme stratospheric events before a winter starts.

Some of the factors in uencing the generation and propagation of planetary waves are predictable a long time ahead. For example, the variability of sea surface temperatures affect the generation of planetary waves in the troposphere. The El Niño Southern Oscillation (ENSO) in the tropical Pacific is perhaps the most remarkable pattern of sea surface temperature variability. During the warm phase of ENSO, called El Niño, the planetary-wave flux into the northern hemisphere stratosphere during winter is usually enhanced, and so is the probability of sudden stratospheric warmings occurrence. As the phase of ENSO is predictable several months ahead, it provides an opportunity to skilfully predict stratospheric vortex anomalies and thus surface climate.

ENSO may be the most remarkable surface driver of the large-scale planetary-wave variability on seasonal timescales, but it is not the only one. Studies suggest that other modes of SST variability, such as the Atlantic Multidecadal Oscillation or the Pacific Decadal Oscillation, as well as anomalies in Arctic sea-ice extent during autumn, can also influence the strength of the polar vortex. Over the continents, snow cover also creates large-scale thermal contrasts and so contributes to the generation of planetary waves and potentially to perturbing the polar night jet.

The solar cycle and large volcanoes

The 11-year periodicity in solar activity opens a possibility for even longer climate predictions. Studies suggest that during winters with high solar activity, the polar night jet tends to be stronger, while near-surface temperatures in northern mid-latitudes are milder.The opposite is true during years with low solar activity. This occurs because of differential heating of the stratosphere by ozone absorption of solar ultraviolet radiation, which creates Equator-to-Pole temperature gradients and affects the propagation of the planetary waves and their interaction with the polar night jet. This appears to be the key ingredient of the mechanism controlling the solar cycle modulation of the climate.

Injections of aerosols into the tropical stratosphere by large volcanic eruptions may also create strong meridional temperature gradients, thus strengthening the polar night jet and leading to mild winters over northern Eurasia, although such massive events are rare. 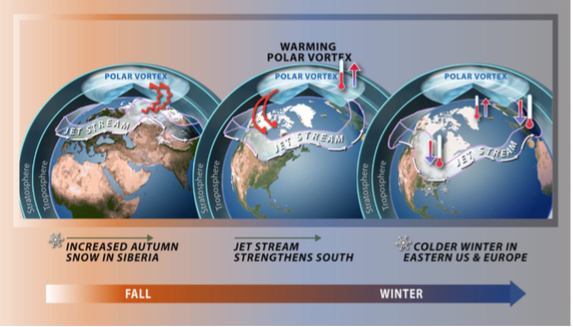 The tropics and the poles

Another important factor that affects the propagation of planetary waves into the stratosphere is the direction of stratospheric winds over the Equator. In the equatorial stratosphere, the winds alternate between westerlies and easterlies in a period of roughly 28 months, which is a phenomenon known as the Quasi-Biennial Oscillation (QBO). The polar night jet weakens during the easterly phase of QBO and strengthens during its westerly phase. Modulation of the polar night jet by QBO further affects the position of the tropospheric jet and thus surface climate. Current climate models can skilfully predict the phase of QBO up to two years in advance, thus enhancing surface climate predictability over certain regions.

It is not just naturally occurring phenomena that cause the stratosphere to contribute to climate predictability. The Antarctic ozone hole, caused by chemical ozone depletion from substances mostly of anthropogenic origin, has dramatically changed the climate of the southern hemisphere over the last few decades. These changes include, for example, cooling of the Antarctic continent, warming of the Antarctic Peninsula, a poleward shift of the storm tracks, strengthening of the circumpolar Antarctic Ocean current and even a poleward shift of subtropical precipitation. As the concentration of ozone-depleting substances is decreasing as a result of the international ban on their production (Montreal Protocol), many of these changes are expected to reverse by around the middle of the twenty-first century. This will either mitigate or reinforce the changes occurring because of increases in greenhouse gas concentrations.

Although the stratosphere constitutes only a small fraction of the atmospheric mass, it is a key component of climate predictability beyond the timescale of a few days. Some climate drivers, such as QBO, the solar cycle or stratospheric ozone changes, interact with the climate directly in the stratosphere. Others, such as ENSO, affect the climate directly in the troposphere but also involve stratospheric pathways, thus prolonging their impacts and influencing climate in remote regions via teleconnections, and enhancing predictability. The skill of long-term surface climate predictions arising from stratospheric predictability is admittedly modest in most cases, but even this level of skill is useful to many end-users and applications. An example is in the use of seasonal sea-ice predictions to guide transport in the Baltic Sea. 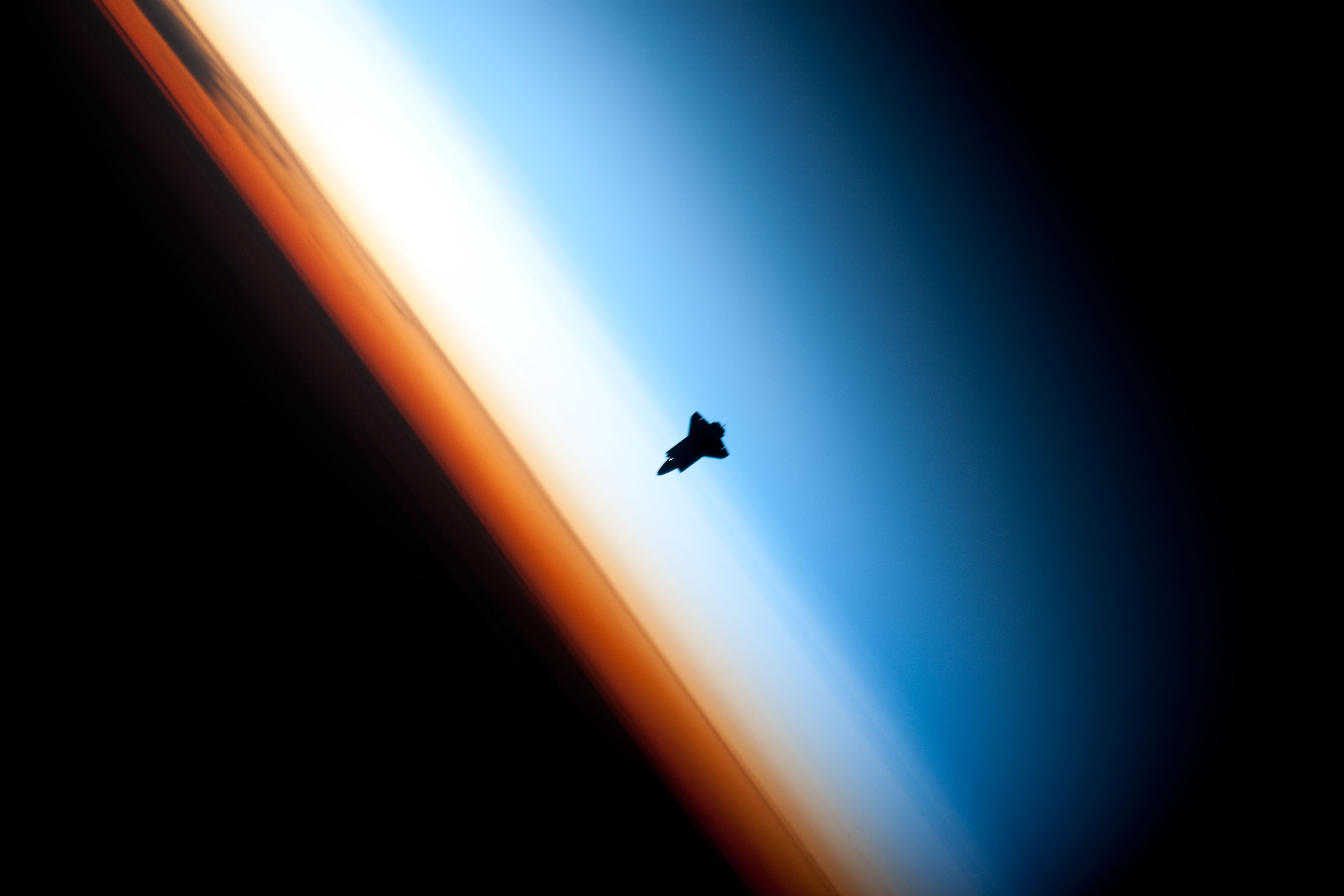 The Space Shuttle Endeavour orbiting at more than 200 miles in altitude and straddling the stratosphere and mesosphere. The orange layer is the troposphere, where all of the weather and clouds which we typically watch and experience are generated and contained. This orange layer gives way to the whitish Stratosphere and then into the Mesosphere. (Source: NASA/ STS-130 Shuttle Mission)

What are the ways forward for us to benefit further from stratospheric predictability? There are still many questions to be answered and many problems to be solved. A better understanding and representation in climate models of factors contributing to planetary-wave generation and their interaction with stratospheric circulation is crucial in order to enhance climate predictability on timescales of weeks to months.

Solving some of these problems requires raising the top level of models used for climate prediction above the stratosphere and enabling the internal generation of QBO in models. Several climate modelling centres around the world have already incorporated these updates into their operational forecast models. Furthermore, better capturing the signals of the solar cycle and stratospheric ozone variability may also require explicit representation of chemistry-climate interactions in models. This has the potential to improve predictability on timescales of a season and longer.