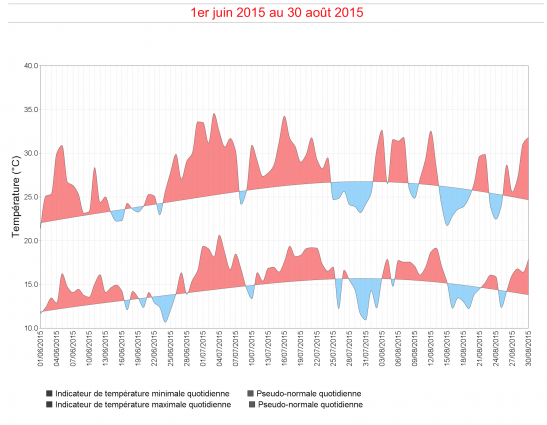 WMO is establishing networks of Regional Climate Centres (RCCs) to support Members, through their National Meteorological and Hydrological Services, in better meeting their climate-related goals. Droughts, heatwaves, cold waves, floods, extreme storms, land-slides, bush and forest fires and coastal erosion, to name just a few, are often triggered by large-scale climate drivers such as the El Niño Southern Oscillation. Thus, effcient and effective early warning systems for such climate extremes require cross-border collaboration. The setting up of RCC networks for early warning systems to anticipate climate anomalies and associated extremes is, therefore, a priority for WMO.

Among other functions, these RCCs are to establish Climate Watch Systems in each WMO region and to issue Climate Watch Advisories (Advisories) in a standardized format at timescales from a week to a season, hence providing a framework for climate risk early warning.The Advisories will inform users – particularly those involved in disaster risk preparedness, mitigation and response – of ongoing, pending and/or foreseen climate anomalies and their potential negative impacts. The Climate Watch System will also activate early warnings of climate anomalies that could lead to extreme events and potential disasters. Once such an Advisory is activated, National Meteorological and Hydrological Services will be guided and prepared to continuously monitor and assess the state of the climate, evaluate available medium-and long-term forecasts and provide users with concise and understandable early warnings on extreme events.

The Europe RCC Network, the first of the WMO RCC networks to become operational, offers a good example how they will function.

After a preparatory phase from about 2005–2009 and a pilot phase from 2009–2012, in mid-2013, the WMO Executive Council designated the Europe RCC Network to become an operational entity within the WMO Specialized Meteorological Centre System and a regional entity of the Climate Services Information System of the Global Framework for Climate Services (GFCS) in Europe. Thereafter, functions were defined for each node of the RCC Network:

DWD is also taking responsibility for the overall lead and coordination of the Europe RCC Network, which is funded by the participating institutions on a voluntary basis.

In the northern part of Europe, the predictive skill of most seasonal forecasts is still rather low. Therefore, Climate Watch Advisories have been issued mainly using climate monitoring results and monthly forecasts from the European Centre for Medium-range Weather Forecasts (ECMWF). Since implementation of the Climate Watch System started in early 2012, 14 Advisories have been issued for various areas in the region, mostly concerning heatwaves and cold waves, drought situations and ooding. Two examples are showcased below.

From late June to September 2015, an unusually intense and extended heatwave occurred in Europe. With maximum temperatures over 40 °C – the highest values since records began were measured in many places. It was one of the most intense heatwaves in recent decades, especially for south-western, central and south-eastern Europe.The absence of rain caused severe drought in many areas, which impacted agriculture, the water levels of rivers and forest fires. There were violent thunderstorms between hot/dry spells; these claimed human lives and destroyed buildings, cars and other goods. Unusual high sea-surface temperatures in the Mediterranean caused excessive fish mortality with severe economic consequences on the shery sector. In south-western Europe, in spring and June, mean temperatures were clearly higher than normal and among the 10% warmest of recent decades. However, in July and August, these extreme intensified and extended further to the east and to the north of Europe.

Drought has not been the only weather-related natural hazard. On 22 June, weekly ECMWF forecasts predicted well-above-normal temperatures for a large area from Iberia over to central Europe, the Balkans and Ukraine, starting the following week (29 June) and lasting several weeks. Below-normal precipitation was also predicted for much of this area. On 25 June, forecasts con rmed this evolution. Even short-range forecasts on 26 June predicted a heatwave developing in Spain, with maximum temperatures rising to about 40 °C until 29 June. Météo France issued a national warning of an upcoming heatwave for the week starting 29 June. After discussion the Europe RCC Network decided to issue the following Climate Watch Advisory for heat and drought for that area on 26 June, which remained valid until 12 July:

Due to the results from monthly forecasts we expect (although the last week was rather cooler than normal): A period with significantly above-normal temperatures and a drought situation, at least for the next two weeks, is expected for most parts of Europe (from Portugal to Poland and from United Kingdom to Croatia). The weekly anomalies are forecast to be up to 6 - 10°C above normal in northern Spain and France due to advection of warm air from Africa. The probability for this anomaly is estimated to be above 90%. The centre of the heat is propagating from south-west to the north-east of the affected area.

The heat occurred as predicted. Temperatures up to 43 °C were measured at the end of June in Spain. In Algeria and Morocco, temperatures increased above 40 °C in several places. The heatwave extended to the north-east and reached large parts of western Europe at the end of June or by early July. Maxima above 40 °C were also measured in France. In the United Kingdom, London Heathrow Airport reached a new July record of 36.7 °C; Maastricht in the Netherlands reported 38.2 °C. The heat also encroached on central Europe. A new German all-time record of 40.3 °C was registered in the south-east on 5 July. Even Sweden saw temperatures above 30 °C. In the days that followed, the heatwave reached eastern central Europe, Italy and the Balkans region, with maxima very close to 40 °C. A heavy thunderstorm over central Europe, with hailstones and strong gusts of wind – reaching 141 km/h in Innsbruck, Austria – but with very little cooling followed this first phase of the heatwave. Three more phases were identified from mid-July to the end of August. These were interspersed by short cooler periods of a few days with thunderstorms. Further extremely high temperatures were registered. Even in September, maxima above 35 °C were seen in eastern central Europe, and new all-time September records were measured in places.

The monitoring and forecast results were analysed and discussed within DWD and the Europe RCC Network. As a result, the Advisory was updated and extended seven times, about every two weeks. Finally, at the beginning of October, no further heat or drought situations occurred, and forecasts did not show any regeneration of heat or drought. As temperatures were decreasing due to the change in season, further heatwaves were very unlikely. After consultation within the Europe RCC Network, it was decided to terminate the Advisory on 5 October.

During the warm summer of 2015, the sea-surface of the Mediterranean heated up considerably. The monthly average sea-surface temperatures in some areas exceeded 28 °C in August with anomalies 1–2 °C above normal, particularly in eastern parts of the basin. These anomalies continued to late September. Therefore, thunderstorms developed with heavy rain. Total precipitation for August was well above normal in parts of southern Italy, Greece and western Turkey, among others. On 21 September, a pronounced low-pressure system affected Greece and surrounding areas, with thunderstorms and heavy rain of up to approximately 100 mm in 24 hours. These were accompanied by strong wind gusts and tornadoes. This event caused fatalities and injuries, and considerable damage to buildings and cars. On 24 September, Croatia and neighbouring regions were affected by rainfalls of up to approximately 150 mm.

ECMWF weekly forecasts from 21 September showed a continuation of above-normal precipitation in the eastern Mediterranean area for at least the next two weeks, which would indicate that the situation would not change. Forecasts from 24 and 28 September confrmed this. The Europe RCC Network decided to issue a Climate Watch Advisory for heavy precipitation for the sub-region (Italy, Albania, the FormerYugoslav Republic of Macedonia, Bulgaria, Greece, Cyprus and Turkey) on 25 September, for the two weeks to follow. At the beginning of October, some heavy precipitation occurred over the Mediterranean, and ECMWF forecasts showed a continuation of above-normal precipitation at least for another week. The Europe RCC Network extended the Advisory for heavy precipitation for that area on 9 October for a fortnight, until 26 October, and to include southern France, all of Italy and the Balkan Peninsula.

The Europe RCC Network also issued a second extension for the same area, without southern France and the Balkans, but now including the Middle East, on 23 October for the next fortnight, until 8 November.

Monitoring analyses show that for the first week of the initial advisory (25 September–11 October), there was some enhanced precipitation experienced locally over southern Italy, south-eastern Greece and northern and eastern Turkey. However, most of the heavy precipitation occurred over the western basin of the Mediterranean. In the second week, local heavy precipitation occurred over the whole Mediterranean and parts of Turkey. A particularly heavy event occurred on 10 October, with daily rainfall totals above 100 mm over Italy and the western Balkans, and above 50 mm in adjacent regions.

Monitoring analyses for the first update (12-26 October) show some heavy precipitation over southern France, large parts of Italy and much of the Balkans, especially the western parts, but dryness over the eastern Mediterranean for the first week. In the second week, some heavy precipitation also occurred in parts of the eastern Mediterranean, especially over the Aegean Sea and western Turkey.

Monitoring analyses for the second update (27 October-8 November) show, for the first week, some locally heavy precipitation over Italy and southern France, and another area with high rainfall totals over eastern Turkey and the Middle East. In the second week, there was some locally heavy precipitation in Spain, southern France and Sicily, while most of the Mediterranean was dry.

The Climate Watch Advisories issued by RCC Node-CM so far can be considered successful with regard to forecast events, as documented for the two showcases above. The results demonstrate how it is possible to set up an effcient and timely mechanism at a regional scale for activating, updating and terminating Climate Watch Advisories in support of climate risk early warning in Europe. The European Climate Watch System has added great value to short-term weather advisories by expanding the time frame for the awareness of ongoing climate anomalies and their potential associated climate risks. It offers an excellent process for improved disaster preparedness and mitigation, hence is a vital contribution to GFCS implementation.

The authors appreciate the valuable input from Omar Baddour and Peer Hechler from the WMO Secretariat in Geneva.
Links

Additional and background information can be obtained from rcc.cm@dwd.de or via the website of the Europe RCC Network at www.rccra6.org.