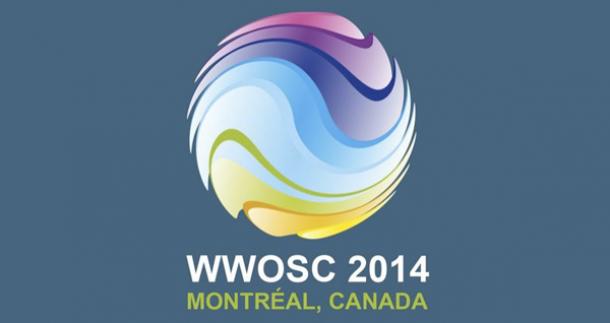 The science community is concerned: many established researchers plan to retire in the coming decade and there is a dearth of early and mid-career researchers ready to take their place and contribute in a meaningful way. Unless young scientists are encouraged, trained and mentored in various scientific fields knowledge gaps will occur. This is especially true as the growing and urbanizing global population, confronted with the limited resources of a finite world, faces exceptional weather and climate related vulnerabilities. At the World Weather Open Science Conference, held in Montreal from 16 to 21 August, WMO made a concerted effort to reach out to the early career scientists – some 100 volunteer science students from McGill University and l’Université de Québec à Montréal as well as early career meteorologists from around the world.

WMO provided limited support to over 60 early career scientists, who were selected based on their abstract submissions to attend the Montreal Conference. In total, over 1000 were received from over 50 countries. The early career scientists requesting funding had to be under 35 years of age at the deadline for abstract submission and were required to provide a letter of recommendation from their supervisor. The submissions were ranked by quality of abstract by the conference science programme committee.

The early career scientist activities were well attended and added a certain dynamism to the Conference. At a lunchtime event where experienced scientists sat down to eat with the youth and informally discuss their careers, latecomers had to be turned away. In a session where Young Earth System Scientists Community (YESS) representative Florian Rauser, of the Max Planck Institute for Meteorology in Hamburg, provided insight into their activities and experiences, there was standing room only. At that event, inspired by what had been accomplished by the Association of Polar Early Career Scientists (APECS) during the International Polar Year (2007–2008), Julia Keller, a young scientist at Deutscher Wetterdienst, put forward the idea of creating a similar association focusing on weather science and its application for young scientists from various countries – developed and developing – as well as from different scientific branches. An alternate proposal was to build on what exists by expanding the mandate and reach of YESS.

In order to build meaningful partnerships with professional organizations, APECS initiated discussions in 2007 with overarching senior international polar organizations such as the International Arctic Science Committee and the Scientific Committee on Antarctic Research. These discussions resulted in the inclusion of early career researchers in activities of the senior research community.

A number of factors were imperative to the success of APECS during and beyond International Polar Year:

APECS filled the neglected gap of career development activities for young researchers by making strong connections to the senior leaders in the field. By creating a continuum of knowledge between early career and senior researchers, APECS explored new ways to sustain the international leadership, involvement and energy of Early Career Researchers beyond the International Polar Year.

The Association continues to grow and expand, and is now actively shaping both the present and future of polar esearch. As of 2014, APECS counts more than 4 700 members in 75 countries. It represents people with a wide range of scientific expertise and interests including anthropology, atmospheric science, biology, biogeochemistry, culture and heritage studies, education, glaciology, geology, linguistics, oceanography, paleontology, permafrost, polar law, sociology and space studies.

Over the next decade the polar regions will undergo many changes, and polar researchers will be continually challenged as these changes impact people, infrastructure and ecosystems. It is imperative that early career researchers stay connected to and engaged in polar topics. Without this support, much of the energy and enthusiasm created during the International Polar Year will dissipate and be lost by the polar community and to science and society as a whole.

CliC has teamed up with APECS to share interesting information about the Cryosphere through Frost-Bytes – Soundbytes of Cool Research. These 30-60 second audio or video recordings are designed to help researchers easily share their latest findings to a broad audience. Information on how to create your own FrostByte, as well as a few examples are available at: www.climate-cryosphere.org/activities/outreach/frostbytes

Bridge between applied and social sciences

The World Weather Open science Conference brought private and academic sector meteorologists, forecasters, social scientists and application developers related to the weather science and user communities together to review progress in meteorological science and to define the long-term research agenda. It recognized the many ways in which society is vulnerable to weather-related impacts – and how such impacts will be exacerbated by climate change. Most notably, it emphasized the need for applied scientists to work hand-in-hand with partners in the social sciences to achieve the advancements in science desperately needed by society. This is the spirit in which Ms Keller proposed the creation of an ssociation to bring early career applied and social scientist together to respond to society’s changing and growing demand for better and more timely science.

Though enthusiastic, Ms Keller advanced the idea with caution, repeating the first lesson from the APECS experience, “The energy, momentum and desire required for early career programmes to be successful must come from the early career researchers themselves.” Mr Rauser further underlined that the creation and maintenance of such an association would be demanding on members to keep it going as the YESS experience showed.

Called by Ms Keller to join the discussion, Deon Terblanche, Director, WMO World Weather Research Programme, spoke brief but inspiring words. He looked back at his career and underlined the importance of networking, pointing out that current early career scientists will be the leaders in weather science in a couple of years. They will be in position to shape the future of weather and related social sciences.

A core group of young scientists felt motivated to keep the discussion going, but many questions arose. It would take time to build momentum and a base of members, would it not be better to join the YESS network? Funding would be needed and a host, would WMO be willing to play a role? The conversation continued in less formal settings over the last two days of the Conference. Over the coming weeks, Ms. Keller in coordination with Mr. Rauser will study the possibilities, advantages and drawback of creating or joining another association such as YESS association.

The young scientists were actively engaged in the conference, presenting their work, networking and drafting session summaries that will inform the white papers now being compiled in book format as a legacy to the conference. Rarely offered opportunities to meet scientists of international renown, they seized every occasion to exchange thoughts with these scientists on how to develop their own careers and where the scientific challenges of the future would be.

Demand for skilled professionals in the area of meteorology and climatology is on the increase, especially in the developing countries where development is often set back by repeated weather and climate-related disasters. More emphasis is also being placed on attracting women into the sciences in order that they be properly represented and fully integrated into weather and climate related decision-making. In line with its 2014 theme, WMO is Engaging Youth on Weather and Climate, encouraging them to choose careers in sciences and to interact more closely with professionals in the social sciences fields in order to create the weather and climate services tailored to users needs.