In the footsteps of polar explorers 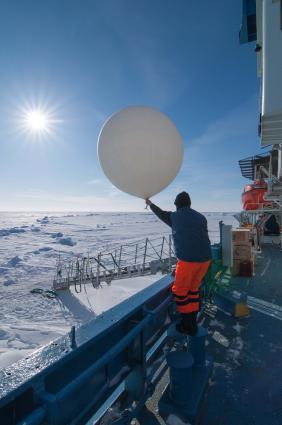 In the footsteps of polar explorers

In pitch dark at 40 below, a research expedition set out to the icy Arctic Ocean in January 2015. Their goal: to better understand ongoing changes in the Arctic due to a shift from an older and thicker ice cover that would survive the summer melt to a younger and thinner one that, to a larger degree, melts away in the summer. This change is likely to have widespread influence on processes related to the sea ice and the interaction between the ocean and atmosphere, with effects way beyond the local climate in the Arctic. Linkages between sea-ice loss and extreme winter weather patterns in Asia and North America have been proposed.

The Norwegian young sea ICE (N-ICE2015) expedition used the Norwegian Polar Institute’s research vessel Lance as a base in the drifting sea ice north of Svalbard to establish a research camp in a regime of thinner Arctic sea ice. Researchers set up a camp in the vicinity of the ship at 83° North, and thereafter freely floated along with the sea ice, making measurements of the ice, ocean, atmosphere and ecosystem. Some 70 scientists from many disciplines and more than 10 countries worked together for 3- to 6-week stints on board the ship to unravel how the Arctic system is responding to the dramatic changes that have occurred in the last decades, with a strong focus on the interaction between atmosphere, ice and ocean.

Challenges abounded for the scientists, besides the pitch dark and freezing temperatures during the polar night, the ice – where researchers would set up instruments to make measurements away from the influence of the ship – was far from stable. The sea ice was moving around and broke up under their feet several times during the expedition. This resulted in several salvage operations in dificult conditions, where equipment was rescued back to the ship, and the research camp had to be re-located to a new ice floe. Polar bears also posed a constant threat, both to humans and equipment. Curious as they are, they several times sneaked in to the camp and “played” havoc with scientiffic equipment to the amusement of the spectators.

The ice – where researchers would set up instruments to make measurements away from the influence of the ship – was far from stable and broke up under their feet several times during the expedition.

How is the thinner ice pack affected by atmospheric processes?

To help answer this question, a comprehensive suite of atmospheric instrumentation was deployed, both on the ship and out on the ice, to get undisturbed measurements away from the ship. Measurements included surface meteorology from a 10-metre mast, upwelling and downwelling surface radiation, and turbulent fluxes. Radiosondes were launched twice each day to measure temperature, humidity, and winds up to 30 kilometres in height. A sodar (Sonic Detection And Ranging instrument used as a wind profiler) was deployed in spring, which provided valuable information about vertical motions within the boundary layer. Clouds were measured over the ship using a both a ceilometer and a lidar. The lidar provides information about the type of particles in the clouds: water droplets, ice crystals or a mixture of both.

Several intense storms during the winter months of the N-ICE2015 expedition provided opportunities to study the impacts of cyclones in the high-Arctic. These events transport considerable amounts of heat and moisture into the Arctic, changing the energy balance over large areas via advection, cloud re-radiation and turbulent mixing of the atmospheric boundary layer. As storms approached the ship, both the temperature and moisture increased dramatically; one storm caused the surface temperature to increase from-40°C to nearly 0°C in 48 hours. The surface radiation and turbulent flux data during these transitions indicate large changes in the surface energy balance. 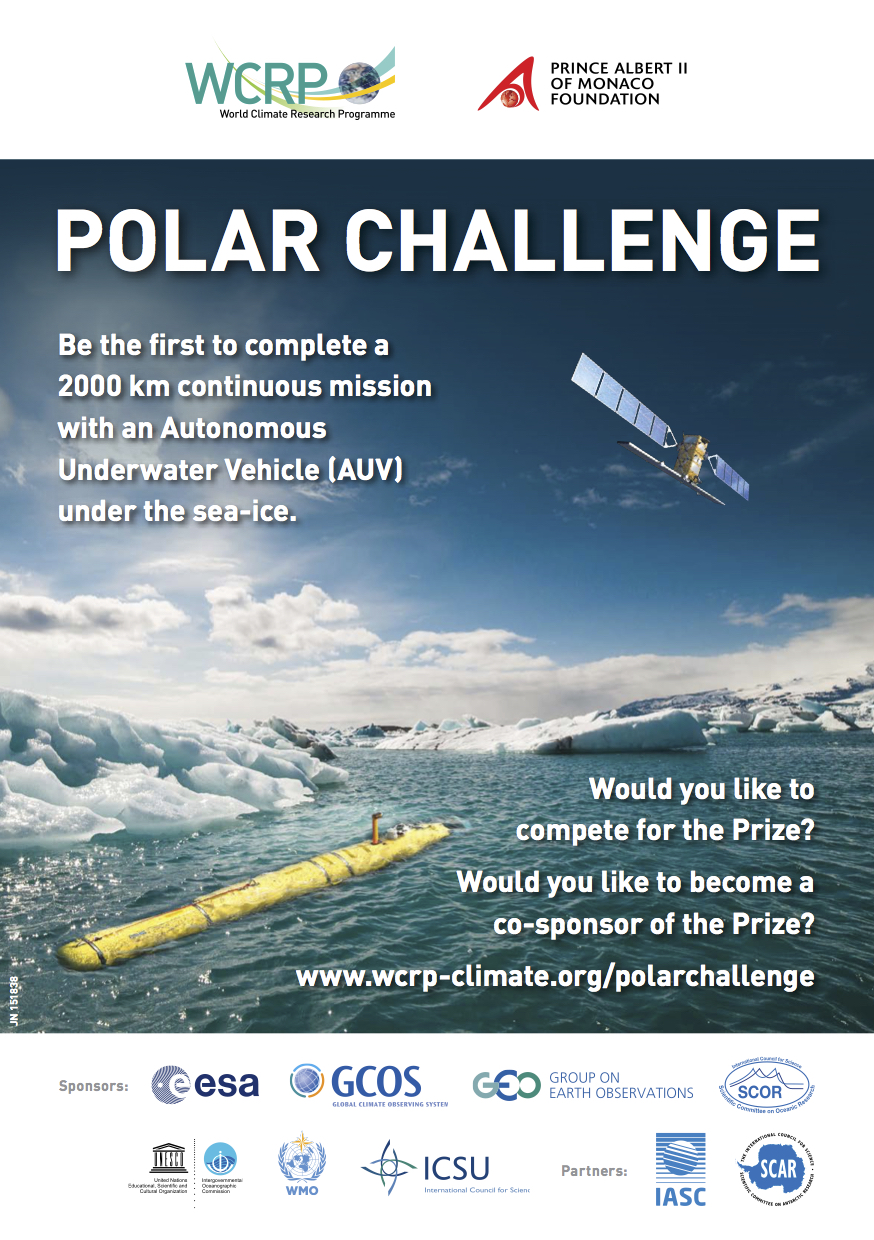 The role of Arctic storms in sea ice loss is also of interest. Wind speeds exceeded 15 metres per second during many of these storms, which significantly increased wind stress at the sea-ice surface. Because the thinner ice pack might be more sensitive to break-up due to storms and waves than the thicker ice, N-ICE2015 scientists monitored interactions of the thinner ice pack with storms using a combination of buoys that tracked their movement and with the aid of satellite observations measured their wave action. These buoys were deployed in two arrays on the on the sea ice tens of kilometres away from Lance. This was done by ski patrols and snow machines during the polar night, and by helicopter when daylight returned.

Preliminary results from N-ICE2015 ocean physical properties and turbulent flux measurements show correlations between storm events and enhanced ocean heat fluxes that further melt and break-up the ice pack. Oceanographers showed particular interest in understanding whether ocean heat from the inflowing warmer Atlantic waters make it to the underside of the ice and melt it. Besides measurements by the ship, autonomous buoys drifting with the ice also measured how the ice melts to give an idea of larger scale conditions. Storms and a combination of a more mobile ice pack may be one mechanism that makes the ocean heat at depth more readily available for ice melt.

By comparison, summer conditions were “quiet” with less intense synoptic activity and lower winds. As summer approaches, the surface energy budget becomes increasingly influenced by solar radiation, which is modulated significantly by cloud cover. Pre-liminary results show that the cloud cover steadily increased from about 50% in winter (January/February) to nearly 90% in summer (May/June). Around the onset of melt, clouds play an important and complex role in the energy budget since they block incoming sunlight but provide a lot of extra incoming infrared light; the snow’s high albedo (i.e., most of the sunlight hitting the surface bounces back towards space) often means the latter gain can outweigh the former loss. Cloud radiative forcing and boundary layer processes are key parameters in understanding the energy balance in the Arctic, and yet these parameters still prove challenging to reproduce in numerical weather models and coupled climate models. The boundary layer and cloud measurements from N-ICE2015 will provide a valuable dataset to compare to models and atmospheric reanalysis datasets.

The wealth of data collected during the campaign will take scientists years to analyse and interpret in order to improve our understanding of the ongoing changes. A feat that all the scientists that were aboard Lance in the period from January to June look forward to. 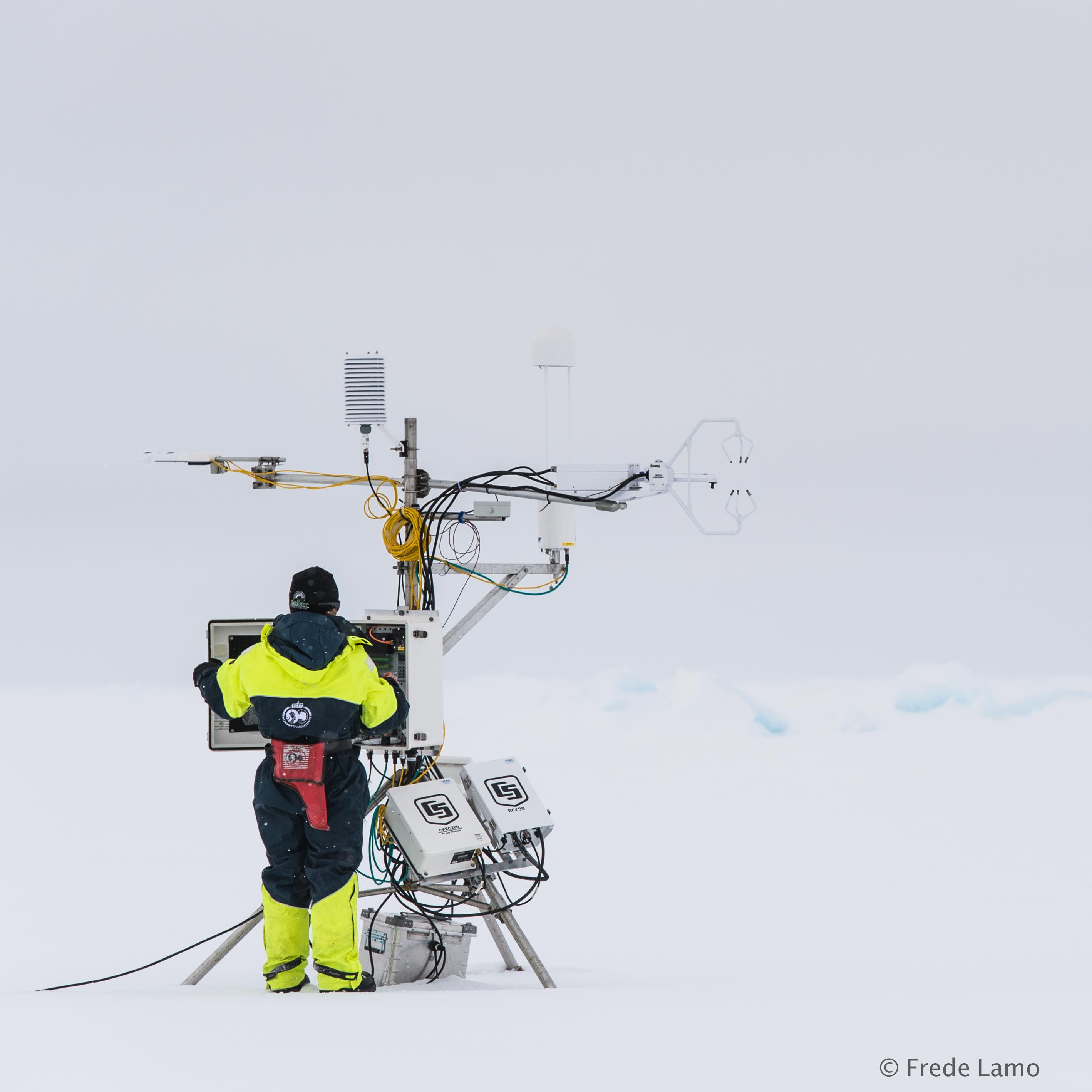 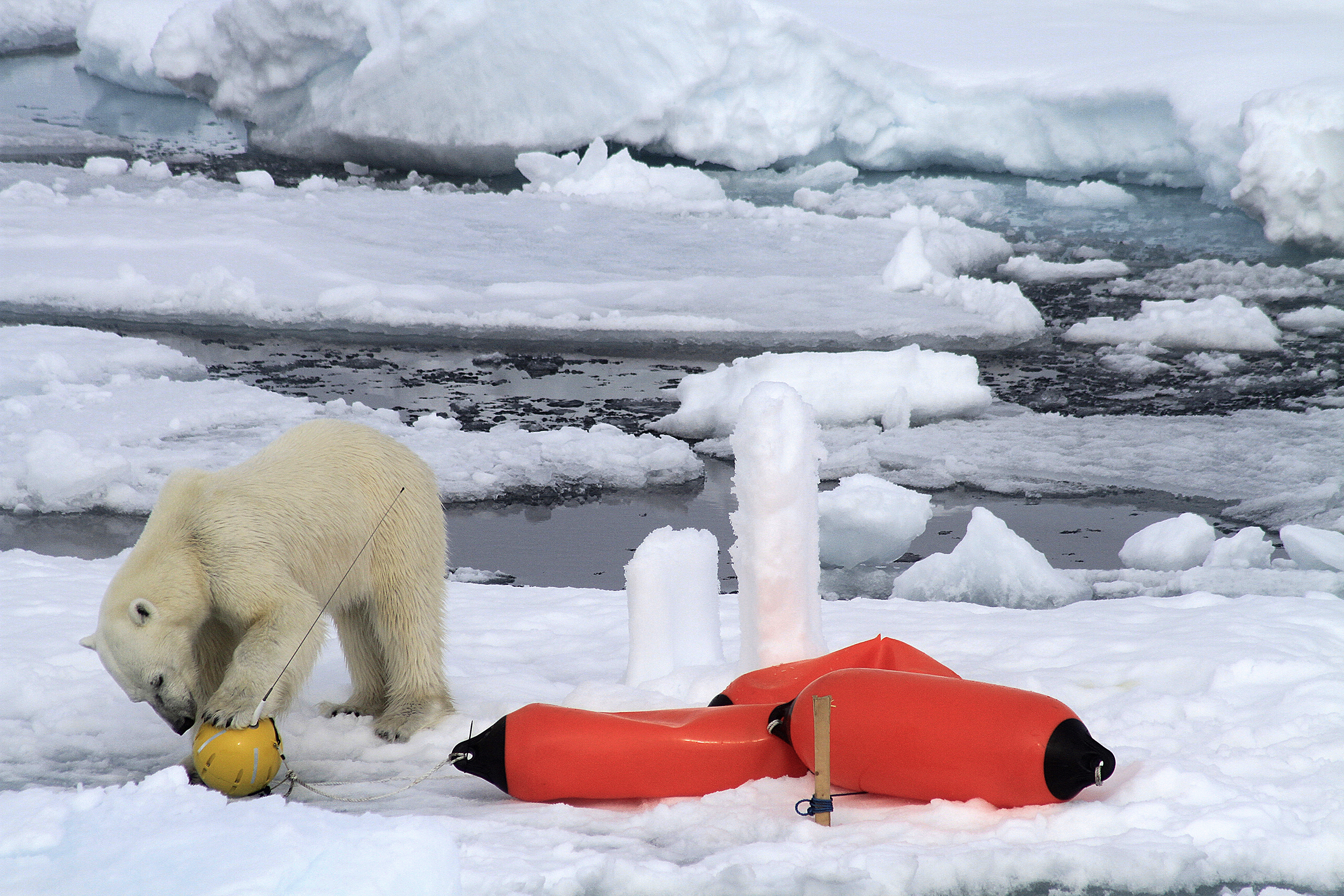 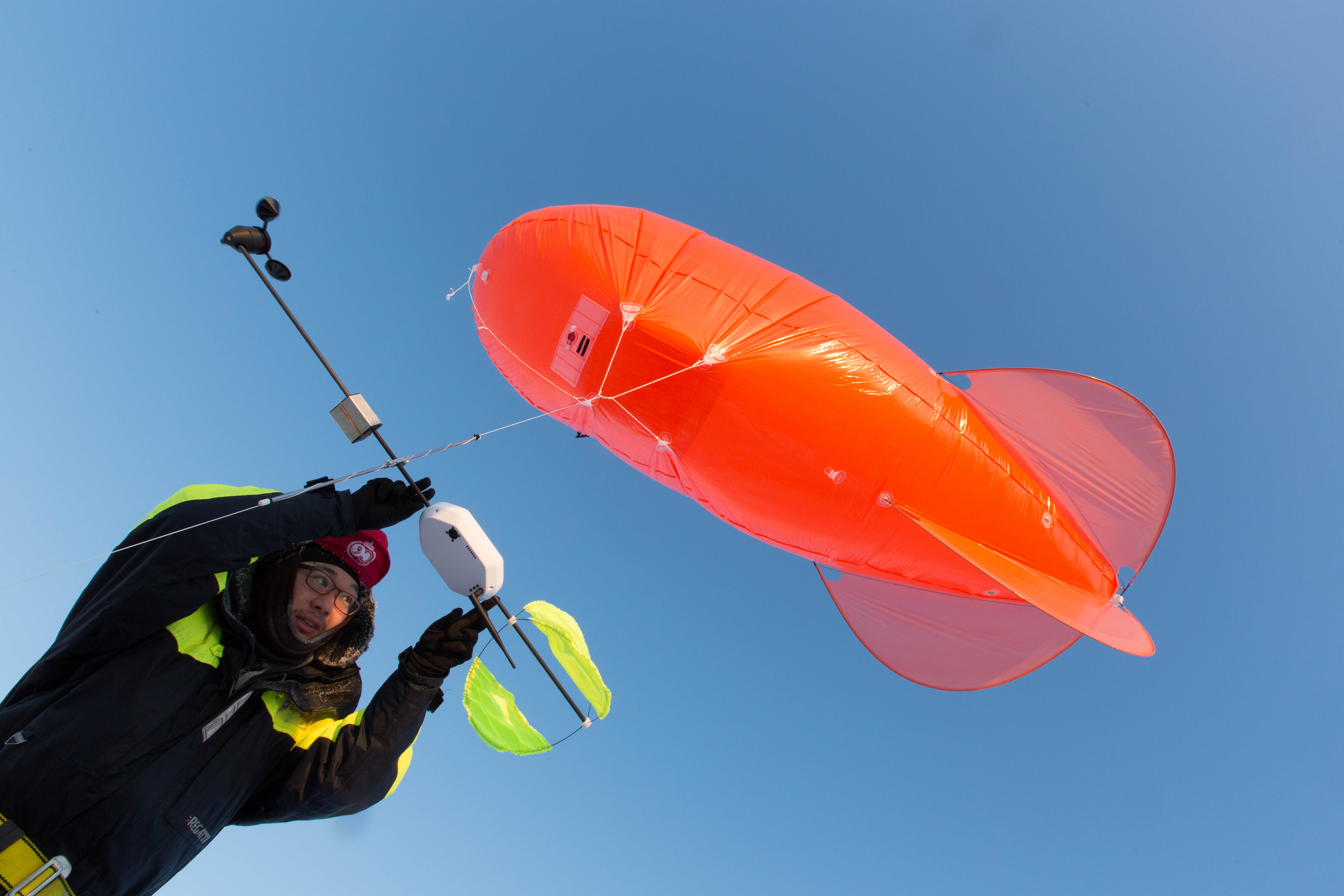 The more rapid than expected loss of sea ice in the Arctic, the Ozone Hole in the Antarctic, glacial decline and the potential for both the Greenland and the Antarctic ice sheets to dominate sea level rise are just some of the issues in the polar and high-mountain regions that have global ramifications. It is clear that these changes are indicators of the e ects of human activities elsewhere on Earth and will have profound e ects on human society around the world if they continue.

The sensitivity of the polar regions is increasingly understood as an issue of global significance, thus, the World Meteorological Congress designated polar and high mountain as a strategic priority for WMO. The goal of WMO is to improve operational meteorological and hydrological monitoring and prediction services in polar, high mountain regions and beyond by: