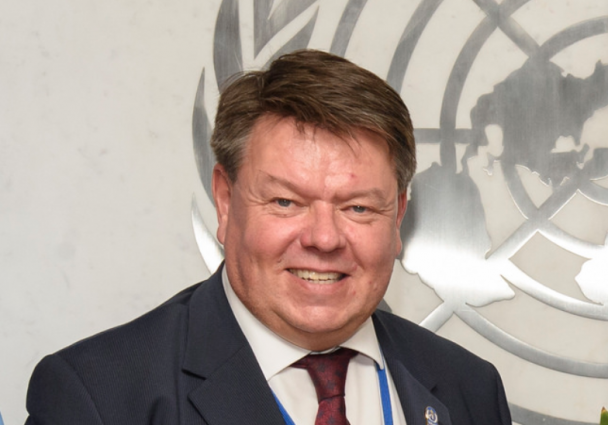 It is my pleasure to present this issue of the WMO Bulletin as a complement to the theme of World Meteorological Day “Early Warning and Early Action Hydrometeorological and Climate Information for Disaster Risk Reduction”.

The Bulletin focuses on “Early warning and anticipatory action” with articles on harnessing technology and services, risk to resilience, the Global Multi-hazard Alert System, the WMO-UNDRR Centre of Excellence and on gender equality in the context of disaster risk reduction.

Over the past 50 years (1970-2019), a weather, climate or water-related disaster has occurred on average almost every day – taking the lives 115 people and causing US$ 202 million in losses daily. The number of recorded disasters increased by a factor of five over that 50-year period, driven by human-induced climate change, more extreme weather events and improved reporting. Thanks to better warnings, the number of lives lost decreased almost three-fold over the same period because of better weather forecasts and proactive and coordinated disaster management.

Early Warning Systems provide more than a tenfold return on investment, a 24-hour warning of a coming storm or heatwave can cut the ensuing damage by 30%. Spending US$ 800 million on such systems in developing countries would avoid losses of US$3–US$16 billion per year. And yet, despite these known great benefits, one in three people globally is still not covered by early warning services – that proportion is almost twice as high in Africa. Vulnerable people are disproportionately affected.

As part of global efforts on adaptation, the United Nations Secretary-General will announce on World Meteorological Day that the United Nations will spearhead new action to ensure every person on Earth is protected by early warning systems within five years. Secretary-General António Guterres has asked the WMO to lead this effort and to present an action plan at the next Conference of Parties (COP 27) to the United Nations Framework Convention on Climate Change (UNFCCC) to be held later this year in Egypt. WMO will lead the effort to achieve universal coverage of early warning services in close collaboration with key partners as a collective contribution towards global adaptation efforts. It will seek to close observation gaps, to expand the capacity for all countries to issue warnings ahead of a disaster while simultaneously also improving their capacity to act on those warnings and to respond in a manner that is people-centred, inclusive and accessible. Closing the early warning gap will require inputs from actors throughout the entire early warning to early action value chain. The new plan seeks to build on existing WMO activities and partnerships.

I would like to thank all contributors to this issue of the WMO Bulletin and hope that it provides a critical focus on enhancing observations, systems and services for early warning for the global population to protect, lives livelihood and mitigate economic damage.