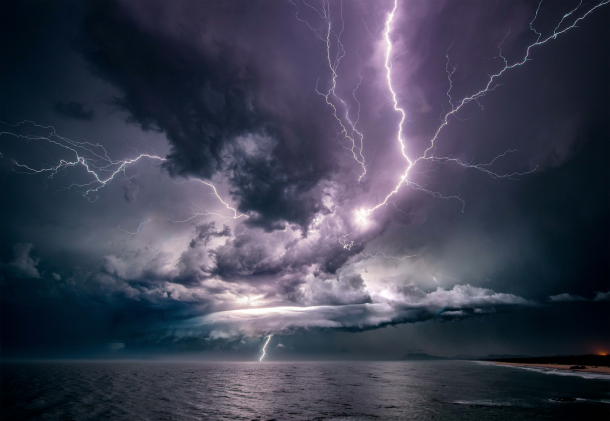 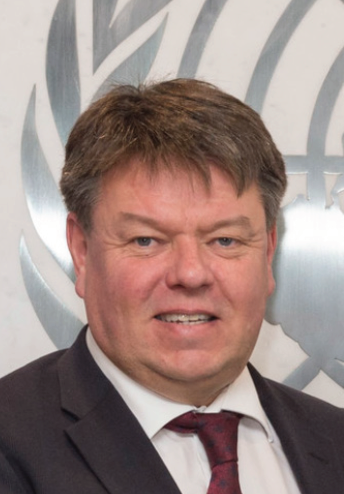 The theme is a reminder that the origin of WMO – and its predecessor, the International Meteorological Organisation – is linked to maritime history. As ships crossed the open ocean for trade, transport and exploration in the 1800s, the exchange of weather information at sea was critical for a safe voyage. This was the birth of international collaboration in meteorology. Indeed, Matthew Maury, the U.S. Naval Officer, oceanographer and meteorologist who initiated the First International Meteorology Conference in Brussels in 1853, is fondly referred to as the “Father of Modern Oceanography and Naval Meteorology.”

Ocean and atmosphere exchange is a critical component to understand climate and weather processes. In a time of increasingly intense and frequent natural hazards, when people are starting to feel the impacts of climate change – many of which are ocean related – it is more important than ever to understand and appreciate the symbiotic links between oceanography and meteorology as WMO implements its Earth System approach.

The WMO annual State of the Global Climate report, shows that 2020 was one of the three warmest years on record, despite the developing La Niña cooling in the Pacific Ocean. Many countries experienced prolonged droughts that extended fire seasons throughout the world, exacerbating wildfires – the devastation in Australia, for example, was linked to ocean temperatures influencing drier seasonal climate patterns. Warm ocean temperatures helped fuel a record Atlantic hurricane season, and unusually intense tropical cyclones in the Indian and South Pacific Oceans. The storm surge damage in these areas demonstrated the power of the ocean and its devastating impact on coastal communities. Non-tropical ocean storms also continued to wreak havoc aboard ships, with additional losses of life and cargo at sea. In 2020, the annual Arctic sea-ice minimum was among the lowest on record. Polar communities suffered abnormal coastal flooding and sea ice hazards as a result of melting ice.

In understanding the ocean, and providing ocean related services, the WMO appreciates the many strong partnerships crucial for supporting our Members to strengthen met-ocean and climate services. The International Maritime Organization (IMO), the International Hydrographic Organization (IHO) and UNESCO’s Intergovernmental Oceanographic Commission (IOC) are three key partners, of many, to this effort.

In celebrating World Meteorological Day with an ocean theme, WMO is also marking the start of the United Nations Decade of Ocean Science for Sustainable Development (2021 to 2030) with this special ‘ocean’ edition of the WMO Bulletin. Within, you’ll find a very interesting and impressive compilation of the breadth of ocean activities that WMO, Members and partners are progressing.

In parallel to this, WMO is a Nominating Agency for the prestigious Earthshot Prize (2021 to 2030), which encourages solutions to support the much-needed work in understanding the ocean and climate for sustainable development. Together, around the world, I look forward to working with you all, with the high energy, innovation and commitment by Members, partners and civil society in progressing our knowledge, understanding and services for “The Ocean, Our Climate and Weather.” 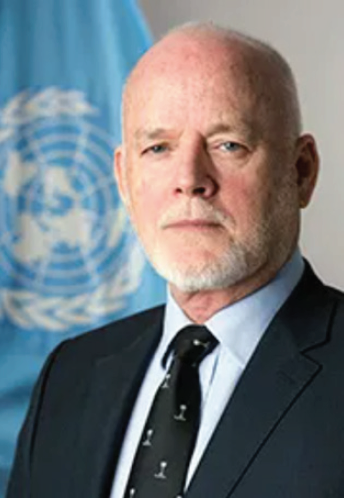 Coming from an island community and having lived through many an extreme weather event, I have the highest of respect for meteorologists. I often find myself humming that memorable Simon and Garfunkel line, “I get all the news I need on the weather report”; so first up, on behalf of mariners at risk, vulnerable coastal dwellers, rain-dependent farmers, and so many others, I want to thank all you weather-people for the great work you do on our behalf.

An upbringing on a volcanic island in the South Pacific also provided me with direct observation of the hydrologic cycle and first-hand experience of the inextricable link between Ocean and Climate. It was clearly evident, even to a youthful mind, how the ocean was driving our water cycle, weather, and climate; how it was responsible for delivering the gentle rain that greened our fields, and how from time to time its powerful energy unleashed incredibly destructive storms.

It still amazes me that – though the ocean covers over 70% of the planetary surface and harbours the majority of life on this planet – so much of our economic and scientific endeavour has just ignored the ocean. In fact, the great majority of the ocean’s properties remain unknown to science and we are only scratching the surface of the potential benefits of the sustainable blue economy. The time has come for us to change all that for the better, always ruled by the principle of sustainability, in the process bringing greater respect and balance to our relationship with the ocean.

In these times of looming Climate Crisis, the United Nations Secretary General Antonio Guterres has said that humanity has been waging a war against Nature and that it’s time for us to make peace. What is clear to me now, is that the ocean’s best interests must be fully represented at the peace table. Along with the energy of the sun, the ocean is the great regulator, thus we must give it the full respect it requires of us.

To understand what is expected of us, we must learn and understand more. The ocean has been absorbing over 90% of the heat trapped by increasing greenhouse gas emissions. This has warmed its waters, leading to marine heatwaves, death of coral, melting ice and rising sea levels. The better we understand the interplay between the ocean, weather and climate, the better we can predict and prepare for weather and climate hazards both on land and in the ocean.

At the beginning of 2021, we began the United Nations Decade of Ocean Science for Sustainable Development, during which we expect to witness a huge upsurge of knowledge about the ocean. I have no doubt that WMO commitments to the Decade’s success will play a big part in our reaching the Decade’s agreed goals of achieving a safe, predicted and transparent ocean.

I commend the contributors to this Bulletin for their descriptions of the good works being carried out around the world; and on behalf of all those dedicated to maintaining a healthy ocean, I thank WMO for the choice of “the ocean, our climate and weather” as its theme for this year’s World Meteorological Day.