From ocean and atmosphere interaction to IOC and WMO cooperation 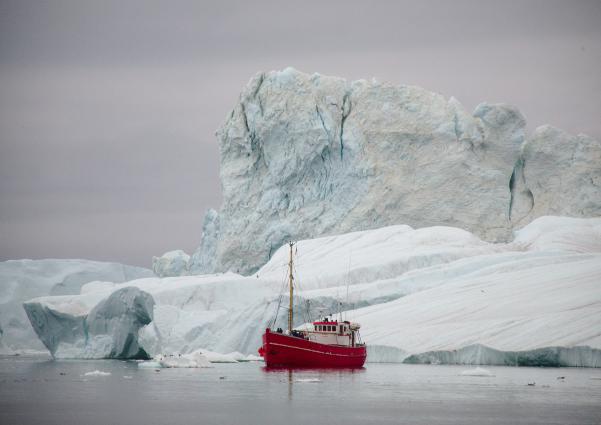 From ocean and atmosphere interaction to IOC and WMO cooperation

The theme of the 2021 World Meteorological Day highlights the inherent links and long-term cooperation between oceanography and meteorology. Two centuries ago, considerations of the safety of marine navigation were the decisive motivation for calling the first conference on marine meteorological observations. Held on 23 and 25 August 1853 in Brussels, the conference initiated common planning and cooperation between national meteorological offices. During the Crimean War, the Great Balaklava storm wreaked severe damage on the allied fleet on 14 November 1854. Soon after, it was understood that it would have been possible to predict the storm had there been a timely exchange of weather observations. Continued consultations resulted in 1879 in the establishment of the International Meteorological Organization, converted into the WMO on 23 March 1950, the date that we now celebrate as the World Meteorological Day.

The paths of development for meteorology and oceanography to their present state have been different. When the WMO Convention came into effect in 1950, the community of hydrometeorological services obtained a legal basis to sustainably and regularly conduct standard observations based on a mandate for coordinated service delivery. Not long after, the landmark concept for the World Weather Watch, the first WWW, was proposed in 1963. This quantum leap was crucial, and subsequent improvements have brought us today to a world that benefits from solid day-to-day meteorological services, even without fully realizing the scale of that achievement and the complexity of the system behind it.

Progress on ocean science has been different. Ocean research has been largely based on curiosity and the quest for discovery, earlier the interest was geographic, later scientific. The role of the ocean and ocean science for practical aspects of life has been undervalued historically, until recently. At the celebration of the 60th anniversary of IOC-UNESCO in 2020, one of its former Presidents, Geoff Holland, recalled that the need for real-time oceanographic data exchange was not obvious even in the 1980s.

We now live in the geological epoch of Anthropocene. Human influence on the planet has increased to the level of geological factors. The United Nations 2030 Agenda for Sustainable Development defines 17 Sustainable Development Goals (SDGs) to survive and live prosperously and in dignity in our epoch. Each of them is dependent on science, including the Earth System science and its atmospheric, hydrologic and ocean components. The success of UN organizations and agencies in supporting people and peoples – and of Member States of IOC and Members of WMO – requires focus on our common delivery for sustainability, co-design, good division of labour, equitable partnerships and the engagement of talent from the academic community working in the Earth System science.

Collaboration between IOC and WMO has been very intensive almost since the birth of IOC on 14 December 1960. The milestones have been multiple. I remember following the progress of the joint IOC/WMO Integrated Global Ocean Station System (originated in 1969), when I was a student in the 1970s. A host of historic IOC and WMO programmes were involved, including the WMO - ICSU Global Atmospheric Research Programme

(GARP). Then, in the 1990s, IOC and WMO became co-sponsors of the Global Climate Observing System (GCOS), the Global Ocean Observing System (GOOS) and the World Climate Research Programme (WCRP). More recently, IOC has been contributing to the ocean dimensions of the annual WMO Statements on the State of Global Climate and to the WMO-facilitated report “United in Science.” Both Organizations also provide scientific guidance to the continuing critical negotiations under the United Nations Framework Convention on Climate Change (UNFCCC).

From a governance point of view, the closest connection between oceanography and meteorology was achieved with the establishment of the Joint WMO-IOC Technical Commission for Oceanography and Marine Meteorology (JCOMM). During the 20 years of JCOMM (1999–2019), the meteorological and oceanographic communities truly worked together, adjusting practices where necessary and delivering as one. This work goes on. The JCOMM in situ Observations Programme Support Centre (JCOMMOPS) continues today as a joint venture called OceanOPS. IOC-affiliated experts are already working in the new WMO constituent body structures established by the WMO Governance Reform.

The work of the newly established WMO/IOC Joint Collaborative Board (JCB) is rapidly acquiring momentum. In my interview in the 2015 in the WMO Bulletin, Volume 64(2), I referred to the “strong complementarity of IOC and WMO [that] calls for developing joint strategies and plans.” Now, six years later, the JCB is indeed discussing, for the first time, a Joint Collaborative Strategy of two our organizations.

WMO is an observer to many IOC programmes, including the tsunami warning and mitigation system. Many National Meteorological Hydrological Services (NMHSs) of WMO Members contribute to tsunami monitoring and warning. The IOC International Oceanographic Data and information Exchange programme (IODE) cooperates with the WMO Information System (WIS).

Looking into the future

WMO, “the UN voice on weather, climate and water,” is at present rapidly strengthening its ocean dimension, including investing in observations of the physical state of the ocean and striving to facilitate ocean data exchange for meteorological and climate applications.

IOC is also going through a period of critical re-evaluation and solidifying its position as the home of ocean science in the UN system. IOC serves as custodian agency for two SDG 14 (“Ocean SDG”) indicators. It coordinates the UN Decade of Ocean Science for Sustainable Development (2021 – 2030). Two of the Decade expected societal outcomes, namely the “safe and predicted ocean,” are of particular relevance to WMO.

As we move forward, strengthening our collaboration, we need to reflect more comprehensively and accurately on the role of the ocean in atmospheric processes to harness the immense opportunities.

The joint IOC/WMO work on ocean observations and data input for short-range predictions for high-impact weather, including tropical and extratropical cyclones, which depend on the state of the ocean, will bring further breakthroughs. By exploiting sources of predictability associated with the ocean, we will be able to increase the skill of climate projections and predictions for a range of valuable time scales.

There is an urgent need to address as a multi-partnership the sustainability of the coastal zones, which involves a number of oceanographic, meteorological, hydrological, ecological, economic and social issues.

This short analysis cannot mention all aspects of our current cooperation nor the even more numerous future possibilities for working together. However, I hope it illustrates the paradigm that in the modern world, true leadership is manifested through partnership.