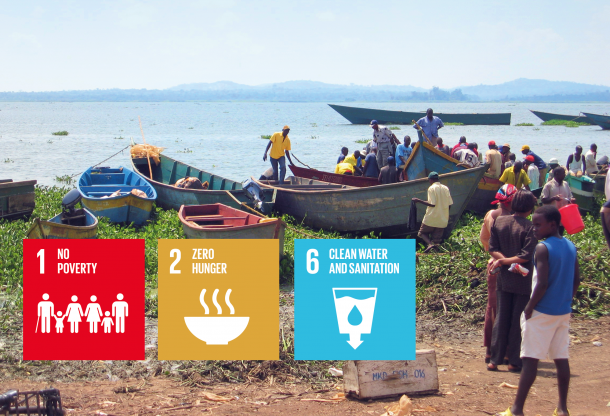 Despite substantial advances in forecasting and emergency preparedness, weather-related disasters continue to kill, to displace populations, and to damage property and infrastructure. Even less severe weather events place an increasing strain on society. This is especially the case in countries with fragile economies and infrastructure. Such events challenge the objectives of the Sustainable Development Goals, by pushing people back into poverty, destroying food crops, contaminating water supplies, disrupting education, undermining health and destroying businesses. The potential of advanced weather-related hazard forecasts to reduce these impacts has been demonstrated in developed countries.

HIWeather plays a critical role in developing the science required for improved early warning systems that will reduce the toll in lives, livelihoods, health and wealth. In order to increase resilience, research is required for better monitoring and prediction of weather and related hazards, but also in human impacts and in effective communication of information to those most vulnerable. The scope of the project thus integrates work across many physical and social science disciplines.

HIWeather is focused on five selected hazards and their impacts:

HIWeather is being delivered through five research task teams each addressing a different area. The first will focus on knowledge and understanding of the processes and predictability of hazard-related weather systems, focusing on storm scale error growth, scale interactions, causes of stationarity, the roles of the boundary layer, clouds and land surface, and hazard-specific processes. The team will undertake several field experiments and is planning a review of wind hazard forecasting.

The third team will delve into forecasting the human impacts, exposure, vulnerability and risk of hazards to people, buildings, businesses, infrastructure and environment. They will focus on obtaining observations, sharing existing methods, representing vulnerability and growing expertise in this highly fragmented area of work. This team is planning a survey of impact forecasting methods used by weather services.

The fourth team will research the communication of hazard forecasts and warnings to vulnerable communities in order to achieve responses from risk managers and the public that increase resilience. They will focus on sharing and developing good practice, observing and understanding reasons for different responses, including the role of trust, and growing research capability. This team is currently producing a special issue of the Journal of Disaster Risk Reduction on communication of weather warnings.

The fifth team will be evaluating hazardous weather, impact and risk forecasts, alerts and warnings, and the resulting responses, with user-relevant metrics. They will focus on obtaining suitable observations, modelling information loss through the production chain, developing verification methods for hazards, impacts and responses, assessing economic value and growing research capability. This team recently completed a successful international competition to develop user-relevant verification scores and is leading development of the Value chain concept for warnings.

While carrying out activities in their own areas of expertise, much of the work led by each team is cross-cutting, involving input from other teams, including involvement in several research and development projects. The outputs of the research will be brought together in a series of Forecasting Demonstration Projects aimed both at demonstrating new capability, and at building capacity in developing countries. The first of these is the “HIGH impact Weather Lake System (known as HighWAY)” project, funded by the United Kingdom Department for International Development (DFID).

The Lake Victoria Basin is the lifeblood of East Africa, supporting approximately 25% of the population. The region’s people and economy are heavily dependent on rain-fed agriculture and the Basin’s fish industry.  Lake Victoria supports Africa’s largest inland fishery, which produces about one million tons of fish annually, employs about 200 000 people and generates over US$ 500 million annually in exports.  Over 30 million people live near the coastline which has 1 400 landing sites or beaches from which 50 000 boats operate.  However, an average of 3 000 to 5 000 deaths are recorded each year – affecting some 40 000 dependents – due to navigational accidents caused by strong winds and waves. There are no regional, operational early warning systems to protect the health and safety of those navigating and exploiting the natural resources of the Lake Victoria Basin. The HIGHWAY project aims to address this need.

HIGHWAY will bring scientists and users together to develop an improved regional early warning system to prevent deaths and damage due to severe convection and strong winds on Lake Victoria and in the East African Region.  By working with mandated institutions at the international, regional and national levels, HIGHWAY will ensure that the regional early warning system is effective and sustainable. The programme will be the driving force for triggering the Lake Victoria Basin into economic development.

Through financing provided by the DFID under the Weather and Climate Information Services for Africa Programme (WISER Programme), the Met Office (UK), WMO and the African Ministerial Conference on Meteorology (AMCOMET) collaborate to implement HIGHWAY in partnership with National Meteorological and Hydrological Services (NMHS) in East Africa (namely, Burundi, Kenya, Rwanda, Tanzania and Uganda), the Lake Victoria Basin Commission and the East African Community (EAC).

“There is need to reduce the ever rising deaths and loss of property in and along the Lake Victoria shores partly due to lack of or inadequate early warning system for severe weather to users of the lake especially fishermen.” – Steven Mlote, EAC Deputy Secretary-General

HIGHWAY is a three-year project (2017-2020) which aims to increase use of weather information to improve resilience and reduce the loss of life and damage to property in the East African region.  The project will address the lack of much needed in-situ observation and data availability, both for research and operational purposes. It will also develop, validate and implement innovative products to improve the early warnings in the region. A key to success will be user engagement to understand and meet specific service needs through a co-production process: from needs analysis to packaging and distribution of products and services.  A feedback mechanism will also be put in place for the continuous improvement of the products and services.

“We hope this project will be able to show the benefits of the regional, user-led approach that is core to the WISER programme and how the principles of co-production can lead to services which are of greatest use to the people whose lives and livelihoods are so often at the mercy of the weather in the Lake Victoria region.” – Rosalind West, DFID representative

HighWAY also builds on existing projects to provide downscaled weather forecasts and severe weather warnings for communities and stakeholder groups in the East African region, such as the Multi Hazard Early Warning Services (MHEWS) project in Tanzania, Aircraft Meteorological Data Relay (AMDAR) implementation in Kenya as well as the Severe Weather Forecast Demonstration Project (SWFDP) for Eastern Africa, among others.  At the end of the project, an accessible and operational and sustainable regional Early Warning System will be in place based on a regionally agreed institutional framework, which can be replicated in the continent.

The HIGHWAY project was officially launched by EAC, DFID and WMO representatives at the AMCOMET-Africa Hydromet Forum at the African Union Commission headquarters in Addis Ababa, Ethiopia, in September 2017.