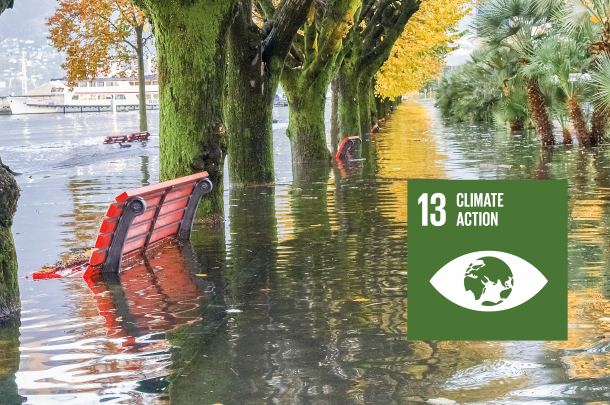 Climate services are fundamental for enabling national and local decision-makers to maintain and boost resilience in view of the increase in frequency and intensity of extreme weather and climate events due to climate change. Better availability of, access to and use of climate services is indispensable for addressing the Sustainable Development Goals (SDGs), the  Priorities for Action in the Sendai Framework for Disaster Risk Reduction, the Paris agreement of the United Nations Framework Convention on Climate Change (UNFCCC) and other international frameworks. Climate services are also vital for implementing effective climate mitigation and adaptation measures and for instigating societal transformation.

The Global Framework for Climate Services (GFCS) was established in 2009 to enable society to better manage the risks and opportunities arising from climate variability and change. At the European level, the climate services arena consists of the WMO Regional Climate Centre Network and activities and programmes such as Copernicus, components of Horizon2020, the European Research and Innovation Roadmap and the Joint Programming Initiative “Connecting Climate Knowledge for Europe” (JPI Climate).

The GFCS advocates for national coordination mechanisms, led by – but not limited to – National Meteorological and Hydrological Services, to ensure operationalization of the Framework and the provision and diffusion of tailored services. To this end, Switzerland and Germany founded the Swiss National Centre for Climate Services (NCCS) and the German Climate Service (Deutscher Klimadienst, or DKD), respectively, in late 2015.

Given the fact that both Switzerland and Germany are federations with comparable governance structures, expertise and experiences, their national efforts to implement the GFCS are similar in nature and have many commonalities. The two national frameworks for climate services are both based on agreed national adaptation strategies and are organized as nationwide networks. Given these similarities, this joint article describes how the two frameworks were set up and are operated.

To realize the vision of boosting adaptive capacities to achieve increased resilience, both DKD and NCCS pursue overarching goals:

In both countries, this concerted effort was pursued through an inter-ministerial and inter-agency process. The process to establish a one-stop-shop for engaging public sector decision-makers as the initial stakeholders originated at the federal level. These stakeholders range from ministries in Germany and departments in Switzerland at the federal and state level to local governments. The federal agencies and national research institutions involved in climate services are members[1] of the networks in both countries. DKD and NCCS cover the five GFCS components – the user interface platform, climate services information system, observations and monitoring, research modelling and prediction and capacity building – as well as its five priority areas – agriculture and food security, disaster risk reduction, energy, health and water. Inadvertently anticipating the guidelines[2] that were later produced by the GFCS, the five crucial steps recommended by the GFCS for setting up a National Framework for Climate Services were undertaken.

In Germany, eight federal agencies currently make up the DKD, which will be complemented by KlimAdapt, a system of services that supports adaptation to climate change. Together, DKD and KlimAdapt form the “Federal overall programme of the German Federation for the delivery of climate services and services to support adaptation to climate change” (Deutsches Klimavorsorgeportal, KliVoPortal). The implementation and further advancement of the DKD are guided by the Federal Interministerial Working Group on Adaptation to Climate Change (IMA) at the political level. Regular partner meetings and a DKD office with a managing director are hosted and provided by the German Meteorological Service (Deutscher Wetterdienst, or DWD).

In Switzerland, as of today the NCCS comprises eight members, six government agencies and two key national research bodies. The governance structure is made up of a board of directors – the executive decision-making body with representation from all members – a steering committee with strategic advisory functions, and a secretariat with a managing director. The Swiss Federal Office of Meteorology and Climatology (MeteoSwiss) hosts the secretariat. The establishment of the NCCS was legally mandated by the Federal Council Decision “Adaptation to Climate Change in Switzerland – Plan of Action, Part II of the Strategy of the Federal Council.” As in the German case, an Interdepartmental Committee on Climate Issues (IDA-KLIMA) plays a guiding role at the political level.

Offering a comprehensive climate services portfolio requires bringing together the expertise of all national framework members and their respective sectors – the “collaborative network of entities” – as recommended by the GFCS. In both countries, national meteorological services have been identified as key to success. They represent the primary starting point of the climate services value chain, are experienced in servicing a variety of user communities at the operational level, and play an important role in scientifically sound adaptation.

In addition to strengthening cooperation among all federal members and fostering synergies with state and local governments, the networks also focus on interfacing with stakeholders ranging from academia to the general public. Furthermore, the need for a dialogue with the private sector is fully recognized and may lead to formalized engagement. Although the coordination mechanisms are geared towards national needs, they also act as interfaces with the governance structure of the GFCS and offer opportunities for bi- to multilateral activities.

In order to become recognized actors and national hubs, both DKD and NCCS are currently bundling climate services and developing targeted new services and strategies, approaches for implementation, stakeholder dialogues and outreach activities.

To gain further traction, networking and communications strategies are being designed and rolled out, identifying target groups and tailoring outreach formats such as workshops, user forums as well as media and dissemination activities. Organizational branding is recognized as an essential element for successful implementation, as is close consultation between DKD and NCCS.

Interactive web portals will serve as market places for the provision of climate services. They will feature information, good practices and guidance. Users can enter the portals via menus ranging from sectoral via regional to GCOS[3] Essential Climate Variables (ECVs). Links to other national and international portals will be established, including the forthcoming GFCS Help Desk or the Copernicus C3S Data Store.

Early accomplishments include garnering the interest of numerous federal partners in founding the national frameworks. This has helped to overcome fragmented climate-services landscapes. Meanwhile, DKD and NCCS are recognized as essential sounding boards for governmental stakeholders and their needs. Both networks have also reached out to other national and international actors. Moreover, priority themes that are in line with the GFCS have been defined and populated, with different emphases in Germany and Switzerland based on partner needs and requests. Specific studies are underway within each theme, addressing, among other issues, questions on extreme events, including heat waves, risk management, and the spread of pests and invasive species. Overarching climate services and core products include, for example, new generations of national climate scenarios (see also text box).

Germany and Switzerland have started co-developing new climate services such as common climate analysis tools. Closer collaboration among Germany, Switzerland and Austria is foreseen for increased efficiencies and mutual benefit.

As two examples of National Frameworks for Climate Services, the Swiss and German networks are well on their way to contributing to all three strategic objectives identified in the GFCS Implementation Phase II (2016-2018)[4]. These objectives are “improving decision-making in climate-sensitive areas,” “connecting user needs with climate services through sustained engagement mechanisms,” and “enhancing technical and scientific capabilities to support user-driven climate services.” In pursuit of operationalizing the GFCS in a hands-on manner the world over, DKD and NCCS are regularly seeking international exchange and are willing to share their experiences and expertise.

World Meteorological Organization, 2017: Priority Needs for the Operationalization of the Global Framework for Climate Services (2016-2018)