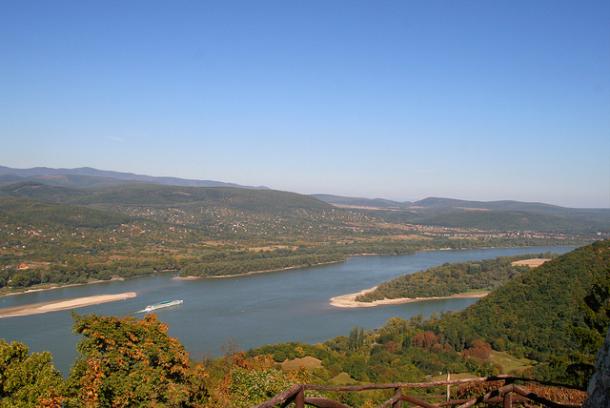 Water scarcity and droughts are not just matters of concern for water managers. They have direct impacts on the citizens and economic sectors that use and depend on water, such as agriculture, tourism, industry, energy and transport. Water scarcity and droughts also have broader impacts on natural resources at large such as through biodiversity, water quality, increased risks of forest fires and soil impoverishment. But how can such a complex natural phenomena be managed?

Drought management is currently reactive, dealing mainly with losses and damages. Cooperation among key actors is missing, and formal legislation mostly does not exist. In 2013, at the High-Level Meeting on Drought Policies, the Global Water Partnership (GWP) and WMO launched a joint Integrated Drought Management Programme (IDMP). Its main mission is to move from reactive to proactive drought management, focusing on drought prevention, mitigation, vulnerability reduction, planning and preparedness. Shortly after, in February 2013, the GWP Central and Eastern Europe (CEE) office launched a regional implementation of the IDMP.

The IDMP CEE[3] supports the Governments of Bulgaria, Czechia, Hungary, Lithuania, Poland, Republic of Moldova, Romania, Slovakia, Slovenia and Ukraine in the development of drought management policies and plans. It is structured to provide both policy advice and practical solutions in drought management, and focuses on an integrated approach rather than fragmented solutions. Over 40 organizations from the 10 countries are involved. This article highlights the main achievements of the first phase (2015–2017) of the regional implementation and shows the direction of the second phase (2017–2019).

Over the past few decades, droughts have dramatically increased in number and intensity in the European Union (EU). Between 1976 and 2006, the areas and people affected increased by almost 20%. In the last 30 years, the total cost of droughts across the EU amounted to Euro 100 billion (European Commission, 2012). Water scarcity and droughts have hit the CEE region frequently, and have had large impacts on the economy and welfare of people. Despite this damage, drought is still not considered an issue of high priority, and people are not aware of the impacts.

It has become evident that CEE countries need to improve national drought monitoring and management policies with the goal of improving preparedness and reducing drought impacts. Although most CEE countries have well-developed meteorological and hydrological monitoring systems, these are not translated into concerted efforts to support decision-makers in various sectors of the national economy (such as agriculture and energy).

Drought episodes can have local, national and regional characteristics. Several river basins (e.g. Danube, Tisza and Sava) in the CEE region have a transboundary character. However, there is currently no suitable mechanism to share information and knowledge among countries, and regional integration of drought monitoring and early warning is not at the desired level.

A transnational integrated approach is therefore needed for successful tracking of drought, comparing its impacts using a common methodology and assessing the vulnerability of various sectors to drought occurrence. Currently, all of the countries within the CEE region need to improve their responses across sectors to meteorological, agricultural and hydrological droughts.

Many people still consider drought to be a rare phenomenon in the region. In fact, it is becoming a regular feature of the climate. The year 2017 was just the latest in a series of major drought events, and significant parts of the CEE region (especially the Danube) were hit by drought, which affected different water-dependent economic sectors, vegetation and water resources. Even though drought events are becoming more frequent and intense, they still catch communities unprepared. People remain reactive in their actions, and carry out measures only when drought has already developed.

Managing drought in an integrated way 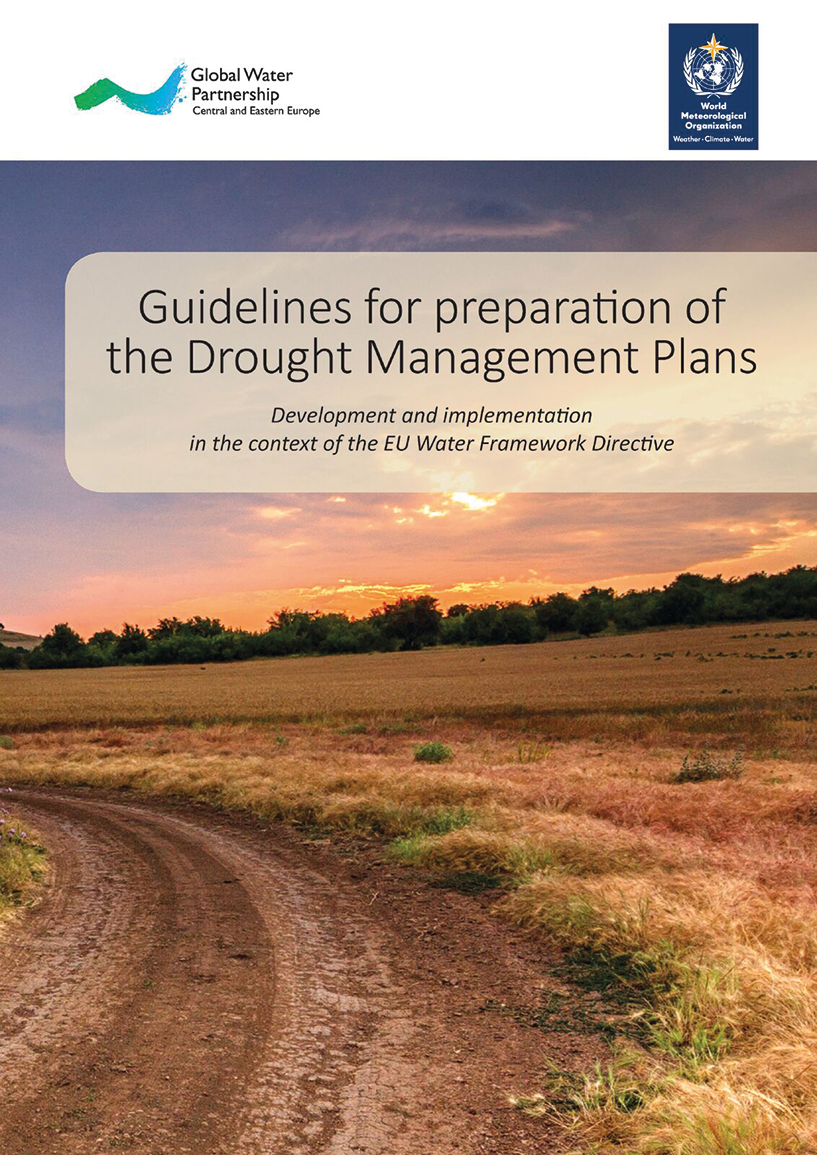 The preparation of drought management plans within the CEE is directly linked to the criteria and objectives of the EU Water Framework Directive, which states that such plans should be part of an RBMP. Moreover, all CEE countries are signatories to the United Nations Convention to Combat Desertification (UNCCD, 1994) and are thus required to prepare national action plans. But in most countries, national efforts towards fulfilling these obligations were divided: the EU Water Framework Directive was managed by the national water sector, while UNCCD was managed by the national agriculture sector.

In response, IDMP CEE sought to unite all main experts and stakeholders working on the EU Water Framework Directive and UNCCD and open communication among different sectors and institutions by organizing two (in some cases three) rounds of National Consultation Dialogues in each of the 10 participating countries. The dialogues stimulated efforts to establish the necessary organizational structures for drought management. Stakeholders also supported development of the guidelines, one of the main achievements of the first phase.

The Guidelines for Preparation of the Drought Management Plans[1] aim to provide a better understanding of how to integrate drought management into RBMPs in CEE. They were developed specifically for EU countries. They are built on guiding principles derived from EU legislation and drought strategy as well as other water policy documents. They are also based on WMO/GWP guidelines, which provide a template for action that countries can use in the development of a national drought management policy and drought preparedness/mitigation plans.

The main obstacle in CEE in developing drought plans was identified as a lack of methodology. As the guidelines provide a detailed methodology for drought management plan development, describing basic steps in a very concise way, a lack of methodology should no longer be a problem. In addition, examples are presented for each step to increase the clarity on how any specific part of a drought management plan functions in practice.

Monitoring and forecasting of drought

The first step in monitoring drought at international and regional levels is to establish communications with and among national authorities. Almost all countries in CEE have operational products used for drought monitoring. Some of the countries use many different data sources, while others rely on only one indicator.

Partners within IDMP CEE collected existing national data and any other indicators used in partner countries to identify or forecast drought, and made them available through the European Drought Observatory (EDO), operated by European Commission Joint Research Centre.

The implementation guide prepared during this activity can be used in similar future projects that involve integration of existing or new data into EDO.

One of the most successful was a demonstration project on natural small water retention measures. Small retention is an adaptive measure that serves to adjust to extreme climate variability. Specifically, it slows down flood waves during flood periods and helps retain water in the land during wet periods. This fits perfectly in the CEE region, which is faced with increased frequency of extreme weather events – one year floods, next year drought.

The guidelines complement the case studies, examples of different small retention measures already in action from the CEE region. To increase knowledge of these measures in the region and beyond, an online lecture was prepared for everyone who wants to understand the concept as part of the integrated water resource management. This demonstration project continues as a larger scale project with funding from the Interreg CENTRAL EUROPE programme FramWat – a framework for improving water balance and nutrient mitigation by applying small water retention measures. There are also other demonstration projects such as upgrading agricultural drought monitoring and forecasting in the Ukraine and Republic of Moldova.

IDMP CEE partners developed a new three-year workplan (2017–2019) through which they will continue to build capacity in order to change ad hoc drought responses into proactive drought management. The main expected results of the next phase are:

IDMP CEE played a catalytic role in the development of the DriDanube project (Drought Risk in the Danube Region) – the programme and the project benefit from mutual synergies. The project aims at helping all stakeholders involved in drought management become more efficient during drought emergency response and prepare better for the next drought. This fits well into the IDMP CEE overall goal.

The changes required with IDMP in the CEE region are to move from recovery to protection, from crisis management to risk management, from reactive to proactive actions. Practical tools are being developed to help everybody to be better prepared for future drought events.

Acknowledgements: All colleagues and experts who contributed to the IDMP CEE programme are acknowledged. Special thanks to Danka Thalmeinerova and Tomasz Okruszko, who made major contributions to preparing and initiating the programme, and to the peer review group: Janusz Kindler, Henny Van Lanen, Bob Stefanski and colleagues of GWP/WMO IDMP.