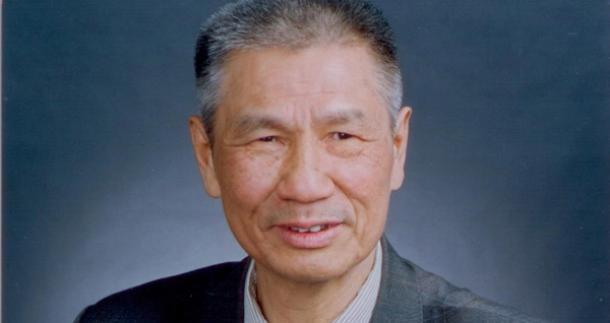 Qing-Cun Zeng, a famous academic meteorologist, is a pioneer of numerical weather prediction, dynamic climate prediction and remote sensing theory for meteorological satellites. His semi-implicit (1961) and quadratic (1981) schemes as well as his inversion variation method (1974) are still widely applied to theoretical and practical studies in meteorology and geophysical fluid dynamics. Through his active involvement in the study of global climate and environmental change, he has contributed to advancements in the study of meteorological hazards and related disaster risk reduction. He has received many honours and awards, including an Honorary Membership to the American Meteorological Society (2014), Membership in the International Euro-Asian Academy of Sciences (1996), a Fellowship at the Academy of Developing Countries (TWAS) (1995), Foreign Membership in the Russian Academy of Sciences (1994), and academician of the Chinese Academy of Sciences (1980).

This Bulletin interview highlights in particular his scientific contributions to disaster risk reduction.

Q1: Why did you choose meteorology as a career?

A: My motivation to become a meteorologist is closely related to my childhood experience and to seeing my fellow Chinese countrymen suffer due to meteorological hazards for which they were unprepared. I was born into a peasant family and grew up in the countryside, where I joined in agricultural fieldwork and personally experienced the strong impact of climate and weather on agriculture and individuals.

While I was studying in the Peking University Physics Department, from 1952 to 1956, there were several extreme meteorological events that destroyed harvests and hurt China’s economy. There was an urgent need to develop meteorological services and the related scientific research. Encouraged by my professors, I chose to study “atmospheric physics” – meteorology or atmospheric science – in order to make a valuable contribution by serving the public.

This was 60 years ago. Weather and climate predictions were based on observations and personal experiences. The idea of applying physical-mathematical thinking to enhance the accuracy of weather predictions appealed to me, so I decided to choose numerical weather prediction for my graduate study in what was then the Union of Soviet Socialist Republics (USSR).

My dissertation “Application of baroclinic primitive equations to short range weather prediction” was published in Russian (1961) and Chinese (1963). My method and numeric computation scheme – the semi-implicit scheme – have been applied in operational predictions in the Moscow World Meteorological Centre since 1963. Such primitive equations offer the dynamic framework for today’s short and medium range numerical weather prediction. At that time, one could only make regional predictions 24 hours in advance.

Q2: How did your research develop over the years?

A: When I returned to Beijing in the early 1960s, I had to go back to empirical and statistical predictions as no big computers were available. In my free time, I continued my research. My goal was to extend weather prediction from 24 hours to several days and to monthly and seasonal climate prediction – even more important for disaster reduction. Instead of directly addressing global numerical predictions of weather and climate, I decided to address the relevant and fundamental physical-mathematical problems both in the differential and finite-difference formulations as well as some general features relating to the laws of motion of rotating fluids due to gravity.

The most valuable results of my research – relating to the internal consistency of atmospheric and coupled models, the proper formulation of boundary conditions, the subtraction of standard stratification, the introduction of available energy and its conservation, the introduction of possible approximation for ease of computation but without violating physical laws – found application worldwide. They were also later used in the design of China’s climate system model (CSM) and Earth system model (ESM). China has carried out climate prediction of summer precipitation anomalies one to two seasons ahead since 1990, using the climate system model.

In 1982, the World Climate Research Programme (WCRP) meeting brought global climate change and sustainable development to the fore as hot topics for research and action, so I got actively involved in those fields too. I joined the first and second Intergovernmental Panel on Climate Change (IPCC) Scientific Assessment as one of the principal authors of the model validation chapter. Sustainable development is dependent on reliable prediction of climate variability, risk assessment and planning activities to mitigate atmospheric and environmental risks.

My research to try to unify prediction and regulation/controlling of the natural environment also led me to propose a “natural cybernetics” theoretic framework that I am eager to see the younger generations develop in the future.

Q3: Could you tell us about your work in remote satellite sensing and how that has contributed to disaster risk reduction?

A: China’s research into satellite meteorology started in the 1970s with theoretical investigations of problems related to remote sensing as well as to wider, practical applications. It launched its first meteorological satellite in 1988 and now has a family of meteorological satellites, consisting of two geostationary (FY-2) and two polar orbital (FY-3) satellites. They are included in the WMO Global Observing System, and their data are shared with all WMO Members.

Around 1970, I joined the Chinese meteorological satellite programme investigating some of the fundamental theoretical problems of remote sensing. I transformed radiation transfer equations by treating them as remote sensing equations. By introducing relevant operators, various remote sensing methods and components–such as temperature, trace atmospheric gases, aerosols and other atmospheric characteristics–can be harmonized in a unified theoretical framework, and their different characteristics explored. Thus, we discovered that remote satellite sensing of water vapour and trace atmospheric gases in the lower levels of the troposphere may be unreliable, even impossible, but reliable and valuable in the upper levels. These theoretical results influenced the design of China’s meteorological satellites and have been confirmed by application around the world.

Infrared channels for the remote sensing of water vapour content in the upper levels of the troposphere can provide very clear pictures of typhoons, heavy rain, etc. They can also monitor weather-related geological and hydrological disasters such as mud or rock slides, flooding, etc. These are helpful in predicting, monitoring and assessing losses from such disasters, hence they are popularly used by Chinese provincial and regional meteorologists to provide government decision-makers with disaster risk alerts that are particularly appreciated by the population. For example, the FY-2 remote sensing water vapour channels permitted meteorologists to accurately forecast the landing time and location of super typhoon Rammasun (2014) 24 hours in advance. The typhoon landed within 77 km and 30 minutes of the prediction.

FY-3’s visible and infrared channels provide clear pictures of dust storms and sand-dust content in the atmosphere. I was among the Chinese meteorologists who developed an operational system for dust storm monitoring using remote satellite sensing, ground based sensing and conventional observations; for predictions using numerical weather prediction; for disaster assessment based on remote sensing images and in situ observing reports; and for related disaster risk reduction policies.

Q4: In your view, what further development of numerical weather prediction is required for disaster risk reduction related to weather and climate hazards?

A: The challenge is to predict extreme weather systems and associated disasters. But progress is not only dependent on improving model resolution. Many of the dynamic, physical and chemical processes that lead to disasters are not yet well understood. More advanced observations and more theoretical investigations are needed to understand them fully and make the model improvement required. Proper methods for assimilating such data also need to be developed. For example, radar data cannot yield a complete spectrum of cloud microphysical properties, so for their inclusion in numerical prediction models some hypothesis or semi-empirical laws have to be introduced.

These points are relevant primarily to weather prediction. As to the disasters themselves, we should develop models for predicting their evolutionary process and for risk assessment. Mitigation activities for risk reduction and the resulting benefits should also be quantitatively modelled.

If a disaster event has no effect on atmospheric motions, one can make a weather prediction, then run disaster risk models. However, in some cases, disasters do interact with atmospheric motions and coupled models have to be used. This falls into the field of natural cybernetics, which I mentioned earlier.

Q5: Then what is “natural cybernetics”? How can it be applied to the disaster risk reduction?

A: Natural cybernetics was proposed to investigate the self-controlling and artificial regulation/controlling of the natural environment, including the atmosphere. Natural cybernetics differs from engineering cybernetics in that the characteristics of the subject under control and its environment are both variable and unknown, hence need to be predicted and cannot be treated separately. The natural cybernetics theoretical framework I proposed tries to combine and unify prediction and regulation as a coupled problem of system engineering. My proposal is that massive real-time observational data and practical experiments, as well as the planning and real-time regulation of operations, be treated and solved by mathematical models and computations.

Preliminary applications of this framework – in the pollution and air quality regulation, weather modification, the control of silt sedimentation and irrigation – have been successful. Earth system models could permit natural cybernetics to be used to investigate local or regional climate related problems such as afforestation or deforestation.

Natural cybernetics can be applied to manage meteorological hazards, which is essentially a problem of cybernetics. As I mentioned, if there is mutual interaction between a disaster and atmospheric motion (for example, a large scale forest fire can influence wind, temperature and atmospheric convection), one has to use the coupled models to find the optimum or acceptable human activity to reduce the loss.

Q6: How important is the prediction of monsoon variability and related weather and climate hazards in China?

A: More than 60% of the world’s population lives in monsoon affected zones. Monsoon variability can seriously impact agriculture, food production, fresh water supply, the availability of some industrial materials – all aspects of human life. Monsoon systems are related to typhoons, cold surges, flooding and drought, which can result in disasters that lead to losses of life and property. Thus, the prediction of monsoon variability – the onset and retreat dates, the strength and precipitation amount – is very important and a big challenge.

More than half of the territory of China is located in or directly influenced by the Asian-Australia monsoon system, the biggest and strongest monsoon system in the world. Chinese meteorologists pay special attention to the predictions of monsoon variability – from short-term climate prediction to decadal variability prediction – and to related extreme weather predictions. They use dynamic climate models, statistical models and empirical models and also learn from the experience of local people. These provide satisfactory results, but every effort must be made to improve them.

A: The goal of the Forum, set up in 2001, is to stimulate modern climate research in developing countries through scientific exchanges between developed and developing countries. Its annual international conferences, workshops and training courses discuss hot topics in modern climate sciences and very practical applications. For example, the physio-mathematical problems related to climate modelling and predictions, short-range climate prediction, extreme weather and climate events and their dynamics and predictions, land surface models and their applications, ocean data assimilation, operational oceanography for developing countries, development of dynamical earth system models, mineral aerosols and their impact on climate and environment, climate and environment change and its impact assessment, and lots more.

Most of financial support for the Forum comes from the Chinese Academy of Sciences.