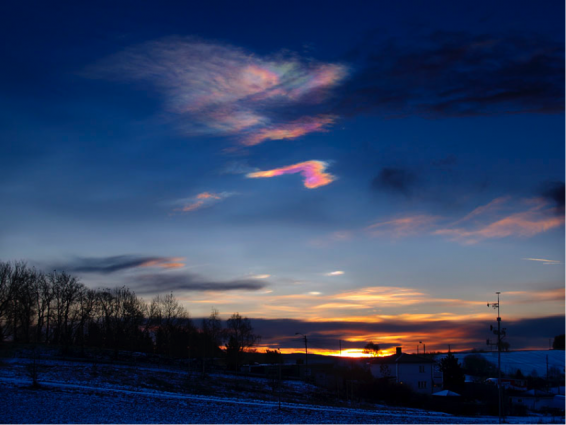 Those who question the importance of climate change sometimes claim that reducing carbon dioxide (CO2) emissions into the atmosphere will have a very limited effect, because water vapour is the most dominant greenhouse gas. If that is the case, they wonder why bother so much about CO2 and other greenhouse gases? Observations by the WMO Global Atmosphere Watch programme have helped to investigate this in some detail.

Some atmospheric gases, such as water vapour and CO2, absorb and re-emit infrared energy from the atmosphere down to the Earth’s surface. This process, the greenhouse effect, leads to a mean surface temperature that is 33 °C greater than it would be in its absence. If it were not for the greenhouse gas effect, Earth’s average temperature would be a chilly -18 °C. However, it is the non-condensable or long-lived greenhouse gases – mainly CO2, but also methane (CH4), nitrous oxide (N2O) and halocarbons (CFCs, HCFCs, HFCs) – that act as the drivers of the greenhouse effect. Water vapour and clouds act as fast feedbacks – that is to say that water vapour responds rapidly to changes in temperature, through evaporation, condensation and precipitation.

This strong water vapour feedback means that for a scenario considering a doubling of the CO2 concentration from pre-industrial conditions, water vapour and clouds globally lead to an increase in thermal energy that is about three times that of the long-lived greenhouse gases. Therefore, measured in the ability to trap the heat emanating from the Earth’s surface, water vapour and clouds are the largest contributors to warming. The amount of water vapour in the atmosphere is a direct response to the amount of CO2 and the other long-lived greenhouse gases, increasing as they do.

GAW observes water vapour as it is an important atmospheric constituent through the role it plays in the climate system as a potent greenhouse gas and as a source for clouds. Water vapour is also important as a chemical compound, both in the troposphere as a source of the hydroxyl radical, the most important oxidant in the troposphere, and in the stratosphere where it has an influence on ozone depletion, especially in the Polar Regions.

Atmospheric water vapour can be measured using a wide range of techniques and observational platforms. These observations are primarily used for numerical weather prediction, monitoring and research into climate and atmospheric chemistry. Water vapour is measured in situ by balloon- and aircraft-based instruments, and remotely by satellite- and ground-based sensors.

The different techniques for measuring water vapour include the use of:

Trends in observed atmospheric water vapour are hampered by inhomogeneities in data records, which occur when measurement programmes are discontinued because of, for example, the limited lifespans of satellite missions or insufficiently documented or understood changes in instrumentation. Combining records from different instruments that do not agree with one another is also a problem. One example is the offset between records from the HALOE and MLS satellite instruments. Nevertheless, observations show a steady increase of the total water vapour column as well as a 30-year net increase in stratospheric water vapour.

Increases in water vapour in the upper troposphere and lower stratosphere (UTLS) lead to radiative cooling at these levels and induce warming at the surface. Recent analyses suggest that warming at the Earth’s surface may be sensitive to sub- parts per million (ppm) by volume changes in water vapour in the lower stratosphere. Research has found that a 10% decrease in stratospheric water vapour between 2000 and 2009 acted to slow the rate of increase in global surface temperature over this time period by about 25% compared to that which would have occurred due only to CO2 and other greenhouse gases.1  More limited data suggest that stratospheric water vapour probably increased between 1980 and 2000, which would have enhanced the decadal rate of surface warming during the 1990s by about 30% as compared to estimates neglecting this change. These findings show that stratospheric water vapour is an important driver of decadal global surface climate change.

To add complexity to these discrepancies it should also be mentioned that water vapour data from MLS show dry biases of 10-20% in the tropical upper troposphere compared to frost point hygrometers launched on weather balloons from Hilo, Hawaii, and San José, Costa Rica (Dale Hurst, 2016). The MLS dry biases may slightly reduce the wet biases in the MERRA and ERA Interim reanalyses with respect to MLS.

These large discrepancies between different types of observational data, and between observations and reanalysis results, demonstrate significant uncertainties in the measurements as well as our lack of understanding of the transport and dehydration processes in the UTLS region. They also show that there is a great need for more and better observations of water vapour in this region. As mentioned in the section on measurements, the current observational systems are hampered by various shortcomings, such as the limited lifetimes of satellite missions and a sparse spatiotemporal distribution of balloon- and ground-based measurements; for example, there is only one site in the world (Boulder, Colorado) where there is a 30+ year time series of balloon measurements of water vapour in the UTLS region.

Water vapour as a chemical compound

In addition to acting as a greenhouse gas and as a source of clouds, water molecules also take part in chemical reactions in the atmosphere. Water vapour, together with ozone, is an important source for the formation of the highly reactive hydroxyl radical (OH). The OH radical is the most important oxidant in the lower atmosphere, providing the dominant sink for many greenhouse gases (e.g., CH4, hydrochlorofluorocarbons (HCFCs), hydrofluorocarbons (HFCs)) and pollutants (e.g., CO and non-methane hydrocarbons). In clean air, the OH radical is formed through this pair of chemical reactions:

Whereas the troposphere is quite moist, the stratosphere is very dry, typically with water vapour mixing ratios ≤ 5 ppm. This means that usually there are no clouds in the stratosphere. However, if temperatures drop below -78°C a special type of water and nitric acid (HNO3 • 3H2O) ice clouds can form. On the surfaces of the ice particles, chemical reactions occur that convert innocuous chlorine reservoir compounds (hydrochloric acid, HCl and chlorine nitrate, ClONO2) to reactive forms (chlorine monoxide, ClO) that destroy ozone.

Increasing concentrations of water vapour together with decreasing temperatures in the stratosphere – also a consequence of climate change – will give rise to more of these clouds and that will lead to more severe ozone depletion as long as the concentration of ozone depleting gases remains high.

Water vapour as a greenhouse gas and as a feedback: https://www.skepticalscience.com/water-vapor-greenhouse-gas.htm

Piers Forster, School of Earth and Environment, University of Leeds