Is the Ozone Layer on the Mend? Highlights from the most recent WMO/UNEP Ozone Assessment 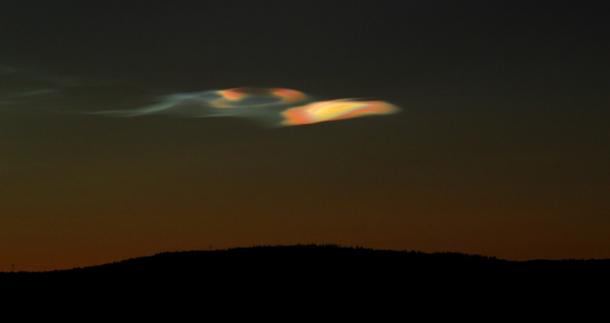 Is the Ozone Layer on the Mend? Highlights from the most recent WMO/UNEP Ozone Assessment

The 2014 Ozone Assessment provides the latest update of the current state of the ozone layer and makes predictions on when the ozone layer will return to 1980 values. In the northern middle latitudes (35-60°N), total ozone is now about 3.5% less than it was in the period from 1964-1980. At southern middle latitudes (35-60°S), it is about 6% less. The larger depletion in the Southern Hemisphere is linked to the Antarctic ozone hole. Following the decline in total ozone during the 1980s and 1990s, the situation has stabilized since 2000. Hidden under the inter-annual variability, there are indications of a small increase in recent years, but it is not statistically significant. At around 40 km altitude there are signs of a more clear recent increase in ozone, but the statistical significance of this increase is subject to further studies in the science community.

The Montreal Protocol on Substances that Deplete the Ozone Layer, signed in 1987, has been successful in that the amount of chlorofluorocarbons is now slowly diminishing. A common misunderstanding, however, is the belief that the ozone problem has been solved and the ozone layer is back to its original state. The truth is that the atmosphere still contains more than enough chlorine and bromine stemming from ozone depleting substances (ODS) to cause the total destruction of ozone in the 14-20 km altitude range in the Antarctic stratosphere. A commonly used metric for the atmospheric burden of ODS is Equivalent Effective Stratospheric Chlorine (EESC), which takes into consideration the combined effect of chlorine and bromine. From its peak value of 3.79 parts per billion (ppb) in 2000-2002, it has now come down to 3.45 ppb, a decrease of 9.0%. It will take several decades for the value of EESC to come down to its 1980 level of 2.05 ppb – 1980 is often used as a baseline since it was around this time that the first Antarctic ozone hole appeared.

History of the Ozone Assessment

In the early 1970s, scientists started publishing warnings about possible dangers to the ozone layer from human activities. The first danger identified involved nitrogen oxide (NOx) emissions from a planned fleet of supersonic passenger aircraft, such as the Concorde. Not long after came warnings about the hydrochloric acid emissions from the rocket engines on the NASA Space Shuttle. Then, in 1974, the now famous paper by Sherwood Rowland and Mario Molina warned that chlorine released from chlorofluorocarbons (CFCs) could destroy ozone in the stratosphere.

These warnings led WMO to take the initiative in 1975 to conduct the first international assessment of the state of the ozone layer. In 1977, the United Nations Environment Programme (UNEP), in collaboration with WMO, established the Plan of Action on Ozone Layer. In 1981, what has become the WMO/UNEP Scientific Assessment of Ozone Depletion was first published; it was followed by others in 1985, 1988, 1991 and 1994. Prepared in collaboration with many national environmental agencies, the Assessments have since been released every four years until the most recent issue published in 2014. One of the missions of the WMO Global Atmosphere Watch Programme (GAW) is to contribute to such scientific assessments in support of environmental policy. 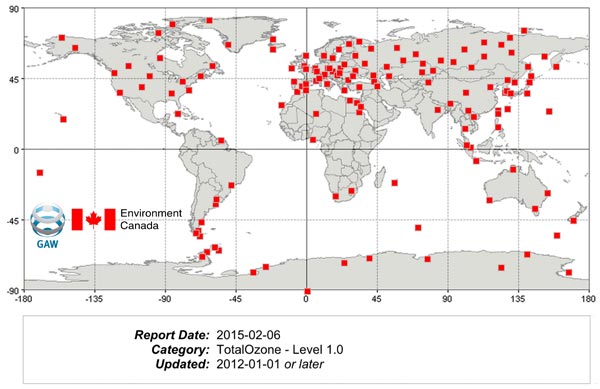 GAW observations of total column ozone and vertical distribution of ozone provide essential data for the assessment of the state and evolution of the stratospheric ozone layer – Above, GAW stations that measure total column ozone that have submitted data after 1 January 2012. The data are stored and openly accessible at the World Ozone and UV radiation Data Centre, which is hosted by Environment Canada in Toronto

Why is there more ozone loss in the polar regions?

The Antarctic ozone hole continues to occur each spring, which is as expected given the current ODS abundances. Every year from August to November the Antarctic stratosphere witnesses substantial ozone loss.

The Arctic can also experience substantial stratospheric ozone loss, although not to same degree as Antarctica. Whereas severe ozone loss happens every winter and spring in the South, this is not the case in the North. This can be explained by the different meteorological conditions in the Arctic and Antarctic stratosphere. The Arctic can experience a cold stratospheric winter some years, but there are some mild winters in between. In Antarctica, on the other hand, every winter is cold. The Arctic stratosphere in the winter and spring of 2011 was particularly cold, and this led to substantial ozone depletion as expected under such conditions. The degree of ozone loss in the Arctic in 2011 was comparable to the ozone loss observed in Antarctica around 1982/1983 – the ozone hole in Antartica grew more severe over the 20 years that followed.

How can one explain that there is more ozone depletion in the polar regions than at middle latitudes? It is due to the differing meteorological conditions and to the occurrence of polar stratospheric clouds. The stratosphere is very dry compared to the troposphere, with around only 5 ppm of water vapour. Therefore, clouds are rarely observed in the stratosphere. However, if it gets cold enough, below -78°C, it is possible for clouds to form in the stratosphere. Such low temperatures occur only in the polar regions, and to a much larger extent in the South than in the North.

Will the ozone layer recover?

Under full compliance with the Montreal Protocol, the ozone layer will slowly return to its original state, that is, its state before 1980. This recovery is expected to occur before the middle of the twenty-first century in mid-latitudes and the Arctic, and somewhat later over the Antarctic.

The evolution of the ozone layer in the second half of the century will largely depend on the atmospheric abundances of the long-lived greenhouse gases – carbon dioxide (CO2), nitrous oxide (N2O) and methane (CH4). Increasing CO2 and CH4 will elevate global ozone levels, whereas increasing N2O will deplete them since N2O is a source of nitrogen oxides (NOx) in the stratosphere.

In the tropics, significant decreases in column ozone are projected during this century due to a strengthening of the Brewer-Dobson circulation driven by increases in long-lived greenhouse gases, such as CO2, N2O, and CH4.

Can we do more to speed up the recovery of the ozone layer?

By and large the Montreal Protocol works, and the global community has done a lot to phase out and recover ODS. Additional, but limited, options are available to further reduce future ozone depletion. One matter of debate among the Parties to the Montreal Protocol is the so-called “banks” of ODS stored in old equipment that has not yet been recovered and destroyed, such as old refrigerators that have been discarded without recycling. This old equipment will slowly deteriorate, and eventually the ODS inside will leak into the atmosphere and slow the healing of the ozone layer. Emissions from the current banks are projected to contribute more to future ozone depletion than those caused by future ODS production, assuming compliance with the Protocol. 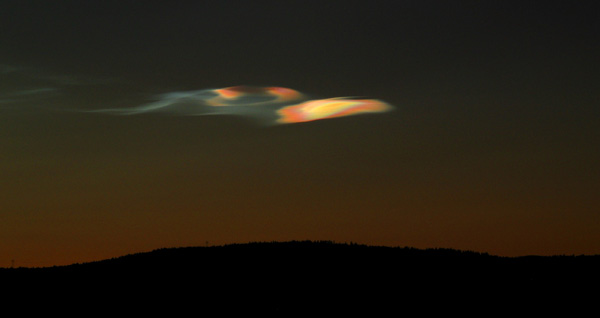 Polar stratospheric clouds typically forms in leewaves when there is a strong wind at all altitudes that passes over a mountain chain. In such leewaves, the temperatures can drop well below -80°C or even -90°C. On the ice crystals in these clouds chlorine-containing reservoir gases can be converted to active chlorine that destroys ozone / © Geir Braathen

Another hot topic in the Montreal discussions is the recent discovery that the atmospheric abundance of carbon tetrachloride (CCl4) does not decline as fast as expected from reported emissions. Inverse modelling, using the observed abundance in the atmosphere, indicates emissions much larger than those reported by the Parties to the Montreal Protocol. This means that there is an unknown source of CCl4 somewhere. This shows the importance and usefulness of atmospheric measurements as an independent mechanism of verification of compliance with environmental treaties.

When it became clear in the mid-1980s that CFCs were responsible for the Antarctic ozone hole and would have to be banned, the chemical industry quickly invented new compounds that were less noxious to the ozone layer. These replacement compounds, such as hydrochlorofluorocarbons (HCFC), typically have 10% of the capacity of CFCs to destroy ozone due to their much shorter lifetime in the atmosphere. Replacing CFCs with HCFCs gained time, but HCFCs will also have to be phased out and will be entirely banned by 2040 under the Montreal Protocol.

Hydrofluorocarbons (HFCs), another replacement compound, do not contain ozone-destroying chlorine or bromine, but they are potent greenhouse gases. Their atmospheric concentrations are still very low, but increasing rapidly, and they will exacerbate global warming in the future if nothing is done to limit their use. Intense discussions are under way as to whether HFCs should be banned by the Montreal Protocol as they do not destroy ozone. These compounds were developed in order to solve one problem, CFCs, but are contributing to another, global warming. Meetings of the Parties to the Montreal Protocol are planned later this year in order to try to find a solution to the threat posed by HFCs.

A long way to go

Thanks to the Montreal Protocol the atmospheric abundance of CFCs are going down. Total column ozone is showing the first hints of a turn-around, but it is not yet statistically significant. Ozone at 40 km shows a clear increase in recent years, but the statistical significance of this increase is still a matter of investigation.

There are other important issues related to the ozone layer and the Montreal Protocol. More detailed information is available on the following web pages: