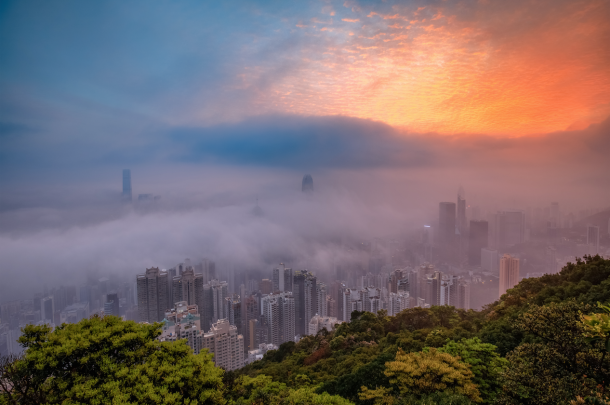 The World Meteorological Organization has been awarded the 2018 LUI Che Woo Prize for Welfare Betterment. The citation recognizes that the persistent effort of WMO has been “pivotal in the tenfold reduction in global loss of life from extreme weather, climate and water-related events observed over the past half-century.”

This award for the Reduction of the Impact of Natural Disasters is a tribute to the great advances that have been made in weather and climate services and to the 24/7 efforts by National Meteorological and Hydrological Services (NMHSs) in providing authoritative weather forecasts and disaster warnings that protect public safety.

The LUI Che Woo Foundation is based in Hong Kong, China. As Secretary-General of WMO, I collected this prestigious prize at a ceremony on 3 October and delivered a public lecture entitled Towards a Weather and Climate Resilient World. The prize of nearly US$2.5 million will allow WMO to strengthen initiatives on disaster risk reduction – in particular global multi-hazard early warning systems – to support both Members and United Nations humanitarian operations.

Now, more than ever before, WMO and NMHSs play a vital role in building weather and climate resilience in support of the 2030 Agenda for Sustainable Development, disaster risk reduction and climate change. UN Secretary-General António Guterres has declared climate change to be one of his overriding priorities and is relying on WMO’s scientific information services for a major Climate Summit in September 2019.

Continuing the trend of previous years, 2018 has been marked by high-impact extreme weather events, including heatwaves and drought, intense tropical cyclones and devastating flooding. Once again, 2018 will be one of the warmest years on record, despite the cooling La Niña at the start of the year.

Climate change is a reality and its impacts are increasing. This was underlined, with great scientific authority, by the Intergovernmental Panel on Climate Change (IPCC) in the Special Report on Global Warming of 1.5°C (SR15). The report assesses the impacts of global warming of 1.5°C above pre-industrial levels and related global greenhouse gas emission pathways, in the context of strengthening the global response to the threat of climate change, sustainable development, and efforts to eradicate poverty.

Governments invited the IPCC to prepare the report in 2015 when they adopted the Paris Agreement to combat climate change. The Paris Agreement sets a long-term goal of holding the increase in the global average temperature to well below 2 °C above pre-industrial levels and pursuing efforts to limit the temperature increase to 1.5 °C. At that time, relatively little was known about the risks avoided in a 1.5 ºC world compared with a 2 ºC warmer world, or about the pathway of greenhouse gas emissions compatible with limiting global warming to 1.5 ºC.

At the current rate of emissions, the world will reach 1.5°C warming by 2040. The new IPCC report makes it clear that limiting warming to 1.5ºC would require unprecedented changes, as detailed in this issue of the Bulletin.

This Bulletin also showcases some of latest initiatives to roll out user-driven climate services; to improve forecasting and warning services for greater resilience, and to strengthen education and training which are key in preparing us for the future.

Climate change adaptation is no longer an option, it is a must. The longer we delay, the more difficult and costly this will be. This is why WMO is seeking to boost its scientific support to inform climate change mitigation and adaptation and to help Members become more resilient through a fully integrated, “seamless” Earth-system approach to weather, climate and water domains.