Preparing the Use of New Generation Geostationary Meteorological Satellites 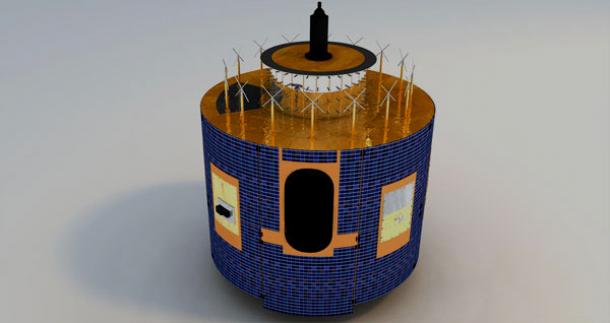 Preparing the Use of New Generation Geostationary Meteorological Satellites

Seven new generation geostationary satellites will be launched into positions over the equator within the next five years.1These launches will drastically change the Space Component of the WMO Integrated Global Observing System (WIGOS) and National Meteorological and Hydrological Services are challenged to prepare for the advanced capabilities the satellites will offer.2

The imager capabilities, sampling rate, spectral resolution and spectral channels, of this new generation of satellites will drastically increase data rates – by an order of up to 100. All National Meteorological Hydrological Services will be affected.

The Himawari-8 of Japan (JMA) launched on 7 October, demonstrates significant improvements over the previous generation. Its Advanced Himawari Imager (AHI) is transmits on 16 channels, up from 5. Its sampling rate is augmented from 30/60 minutes to 10 minutes. It allows additional rapid scanning of Japanese territory every 2.5 minutes and, when monitoring typhoons, every 2.5 minutes in a targeted area around the typhoon.

The majority of the new generation satellites will have 16 channels, but what is most notable is that 9 of those channels are common to all satellites, permitting all users to get global data sets in those wavelength bands. A great achievement compared to the present situation.

Half of the new generation satellites will also have a sampling rate (temporal resolution) of 10 minutes.

These data sets allow the generation of new products for use in applications such as weather forecasting, climate and environmental monitoring and service provision, and improved water services. The benefits will be huge for sectors such as disaster risk reduction, agriculture and food security, health, water management, energy and transportation.

But the large investments in these new generation satellites would be wasted and result in little benefit if National Meteorological Hydrological Services are not prepared to take advantage of their advanced capabilities. There is reason to worry as the WMO Satellite User Survey in 2012 revealed that to be the case. The situation in WMO Regional Association V (RA V covers the South Pacific) is a typical example: training is inadequate and both human resources and equipment are lacking. 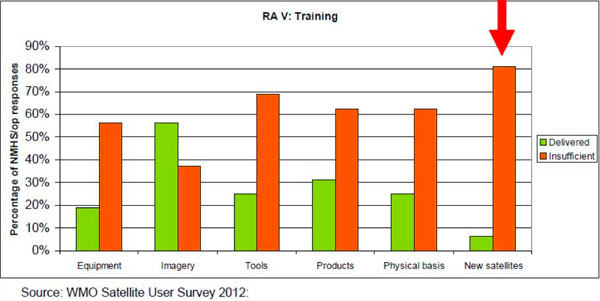 The results for RA V from the WMO Satellite User Survey 2012, typical for all WMO Regions, show that training is inadequate and both human resources and equipment are lacking 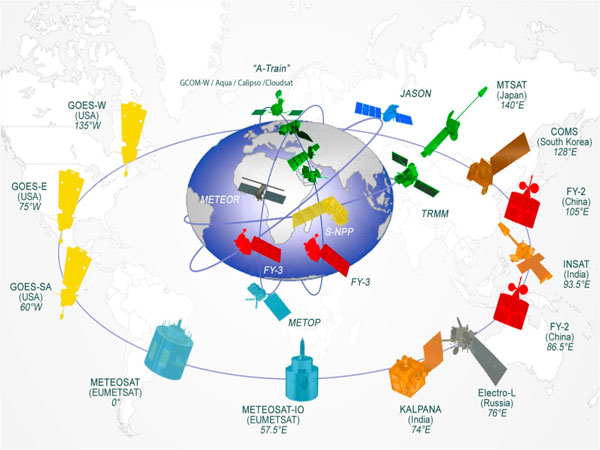 Current WIGOS Space Component: a ring of 14 geostationary satellites and a variety of low Earth orbiting satellites in different orbits 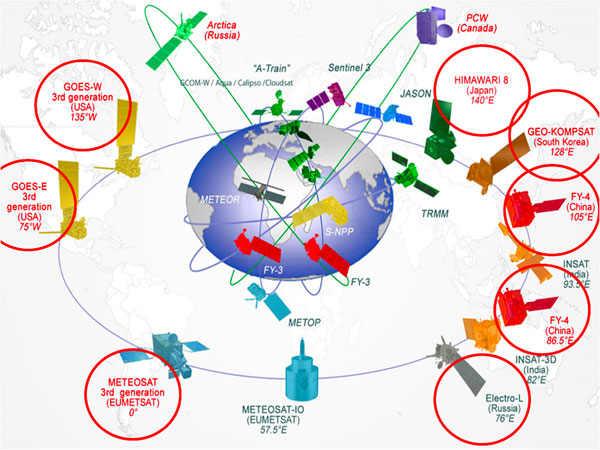 However, the WMO Commission for Basic Services (CBS) “CBS Guideline for Ensuring User Readiness for New Generation Satellites (Report CBS-15, 2012)” states that “operational users (NMHSs) are to establish user readiness projects 5 years prior to launch.” It assigns responsibility to “satellite operators to assist users in the introduction of new data streams into operations.”

As concerns RA V, some of the Regions’ National Meteorological Hydrological Services have started to prepare for Himawari-8. BOM has specified its requirements to JMA, the satellite operator, which include: 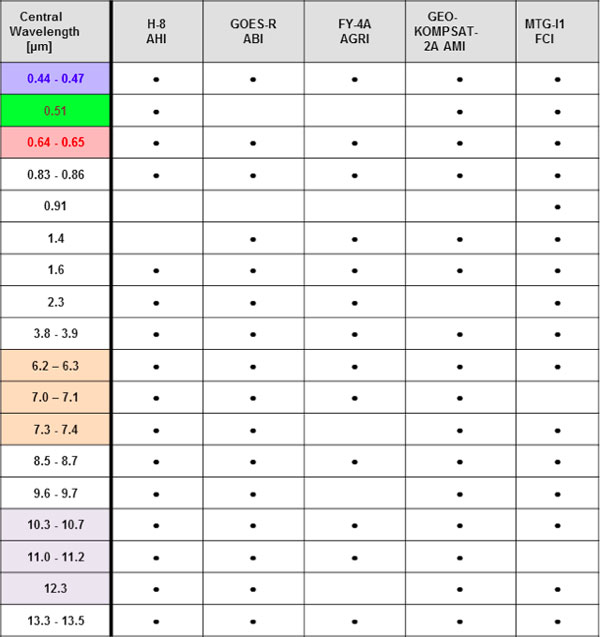 Channels of next generation geostationary

At the same time, BOM established a list of internal preparatory steps to be taken prior to Himawari-8 becoming operational in the second quarter of 2015. The list of actions considers:

Analysis of the current situation

There is no doubt that satellite operators will meet the requirements of National Meteorological Hydrological Services on training, technical information, synthetic data sets, coordination on product generation, etc. However, a significant number of WMO Members may not be able to use the data from the new generation satellites at the national level due to lack of human and financial resources. A concerted capacity development effort is required from WMO and the space agencies.

One possibility is for each of the 13 Centres of Excellence to dedicate a unit of 4 to 5 people, sponsored by the space agencies, to be seconded to National Meteorological Hydrological Services and specific end users. The task of the units would include:

Two years after the worrying WMO Satellite User Survey, steps have been taken, but the 2014 to 2019 launch dates quickly approach and there is urgent need for more training. The costs of developing and launching new generation satellites are huge, the benefits they will bring for disaster risk reduction, agriculture and food security, health, water management, energy, and ransportation may be phenomenal if National Meteorological Hydrological Services are ready to take advantage of their advanced capabilities.

1 Special advisor to the WMO Secretary-General on space matters; previously President of the German Weather Service and Director-General of EUMETSAT. Read an interview of Mr Mohr in the 2005 WMO Bulletin

2 International satellite meteorology is facing two major challenges: the development of an architecture for climate monitoring from space and preparation for the use of new generation of geostationary meteorological satellites. WMO Bulletin Volume 62(2) of 2013 discussed the first.