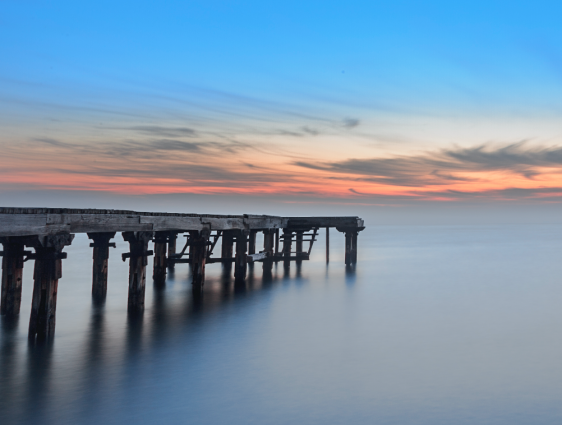 Coherent phenomena on a range of scales along this continuum lead to predictability on scales from sub-daily to weeks, months, years, decades and beyond (Hoskins, 2012). The sub-seasonal to seasonal (S2S) time range – which corresponds to predictions beyond two weeks but less than a season – fills this gap between weather and climate forecasting and represents a central component for ‘seamless’ weather/climate prediction. This approach takes advantage of the commonality of science and the continuum of scales, and, in its limit, seeks to use a single modelling system to make forecasts all the way from weather scales to seasonal or longer climate scales (Brunet et al., 2010).

Advances in the predictability desert

S2S is often considered a difficult time range for weather forecasting. It is both too long for much memory of the atmospheric initial conditions and too short for changes in the atmospheric boundary conditions (such as sea-surface temperatures) to be felt sufficiently strongly, making it difficult to beat persistence.

Early attempts (Molteni et al., 1986) failed to produce extended-range forecasts that were significantly better than simply persisting with the medium-range operational forecasts. For a long time these disappointing results reinforced the idea that the S2S time scale was a “predictability desert.”

Interest in the S2S time range has revived in the last decade thanks to the discovery of sources of predictability from atmosphere, ocean and land processes although these are still not yet fully understood. These sources include the Madden Julian Oscillation (MJO) in the tropics, stratosphere-troposphere interaction, soil moisture, snow and sea-ice cover and sea-surface temperature.

In the early 2000s, only the Japan Meteorological Agency and the European Centre for Medium-range Weather Forecasts (ECMWF) were producing operational forecasts at the sub-seasonal time range. Today, at least ten operational centres and most WMO Global producing Centres (GPCs) are issuing S2S forecasts routinely. These predictions represent a great opportunity to help society through skilful forecasts of extreme weather risks that can inform decisions.

Great progress has been made with some aspects of predictions. For example, numerical models have shown remarkable improvements in MJO forecast skill scores in recent years (see Fig. 1). Important challenges still remain to make sub-seasonal forecasts sufficiently reliable and skilful for some applications.

As already mentioned, Climate and Numerical Weather Prediction (NWP) models are based on the same set of numerical representations of the primitive equations. However, climate models typically include additional components of the Earth System in order to represent processes that are important on longer time scales. These include the ocean and cryosphere, a fuller representation of the land surface as well as atmospheric chemistry (aerosols, ozone, greenhouse gases, etc.). The time evolution of these components is usually assumed to be too small to significantly impact global weather forecasts a few days in advance.

Despite this, the additional complexity of climate models has been offset by higher resolution and greater intricacy in the formulation of initial conditions in weather forecasting.

Nevertheless, the historical differences between weather and climate models are becoming increasingly blurry with S2S predictions at the centre of this convergence. This is driven by the weather community’s desire to use more complex models to include other components of the Earth System to push the limit of predictive skill further out.

Conversely, the climate community is increasingly interested in the initial atmospheric conditions problem and in the statistics of weather in a changing climate. There is also strong push to test climate models in weather configuration in order to identify systematic errors and improve the predictability of weather events. That is, for example, the goal of the WMO Transpose-AMIP project where climate models are used experimentally for weather prediction. There have also been efforts to run weather forecast models in climate mode to test the evolution of systematic errors associated to the slowly varying boundary conditions (Hazeleger et al., 2010).

From the physical perspective, there are no overriding reasons why weather and climate models should be different and some operational centres like the Met Office in the United Kingdom already use the same atmospheric model for weather and climate forecasting. This evolution towards seamless prediction benefits sub-seasonal prediction where predictability comes from the initial conditions as well as from boundary conditions.

At the time of this merging, ocean and atmosphere were coupled only after day ten of persistent atmospheric  forcing by sea-surface temperature anomalies. However, in 2013, the ECMWF ensemble prediction system became coupled from day zero (Janssen et al., 2013).

An important motivation for this move was S2S prediction with, in particular, the role of ocean-atmosphere coupling on the prediction of the MJO. It appeared that ocean-atmosphere coupling also benefited medium-range forecasting, particularly for the prediction of tropical cyclone intensity and the high resolution deterministic medium-range system has also been coupled to an interactive ocean since 2017. The medium to extended range ensemble forecasting system and seasonal forecasting system have also been converging since the implementation of the latest seasonal forecasting system (SEAS5) with the model physics now very similar (although not yet identical) across the systems.

The sub-seasonal to seasonal time range, like other time ranges, can also benefit from increased complexity in the earth system modelling. This increased complexity may help develop new products directly from the model integrations and could also feedback on the meteorological prediction and help produce more skilful and reliable S2S forecasts. For instance, at ECMWF a wave model is coupled to the ocean and atmospheric components of the forecasting system instead of the more traditional approach which consists of running a separate offline wave model forcing a posteriori by atmospheric fields from S2S forecasts. This full integration of the wave model within the ECMWF forecasting system benefits the prediction of low level winds and allows a more integrated generation of forecast products. In the future, other components such as atmospheric composition, hydrology may also become part of a more seamless and integrated forecasting system.

S2S prediction represents a great opportunity to help decision makers through skilful forecasts of extreme weather risk. Weather and climate span a continuum of time scales and forecast information with different lead times is relevant to different sorts of decisions and early-warning.

Extending downward from the seasonal scale, a seasonal forecast might inform a crop-planting choice, while sub-monthly forecasts could help irrigation scheduling and pesticide/fertilizer application by making the cropping calendar a function of the S2S forecast and thus dynamic in time. In situations where seasonal forecasts are already in use, sub-seasonal ones could be used as updates, as in estimating end-of-season crop yields. Sub-seasonal forecasts may play an especially important role where initial conditions and intra-seasonal oscillation yield strong sub-seasonal predictability, while seasonal predictability is weak, such as in the case of the Indian summer monsoon.

Extending upward from application of NWP, which is much more mature, there is a potential opportunity to extend flood forecasting with rainfall-runoff hydraulic models to longer lead times. In the context of humanitarian aid and disaster preparedness, the Red Cross Climate Centre and the International Research Institute for Climate and Society (IRI) have proposed a ‘Ready-Set-Go’ concept for making use of forecasts from weather to seasonal:

Based on the potential and demand for improved forecast skill at the sub-seasonal to seasonal time range and for bridging the gap between weather and climate, an S2S research project has been established jointly by the World Weather Research Programme (WWRP) and the World Climate Research Programme (WCRP). Its main goal is to improve forecast skill and understanding on the S2S scale and promote its uptake by operational centres and exploitation by the applications community (Vitart et al, 2012).

To achieve many of these goals an extensive database is being established, containing sub-seasonal (up to 60 days) forecasts and re-forecasts (sometimes known as hindcasts), modelled in part on the THORPEX Interactive Grand Global Ensemble (TIGGE) database for medium range forecasts (up to 15 days) and the Climate-System Historical Forecast project (CHFP) for seasonal forecasts. The research activities of the project are being organized around a set of sub-projects including Ocean, Land and Aerosols (see s2sprediction.net for more details).

It is hoped that these sub-projects, along with the S2S database, will provide a vehicle for broad community research engagement in S2S and help promote the use of sub-seasonal to seasonal forecasts in applications and also help answer some of the important scientific questions regarding seamless prediction. WMO is an important driver for such research, which demands an Earth System approach.