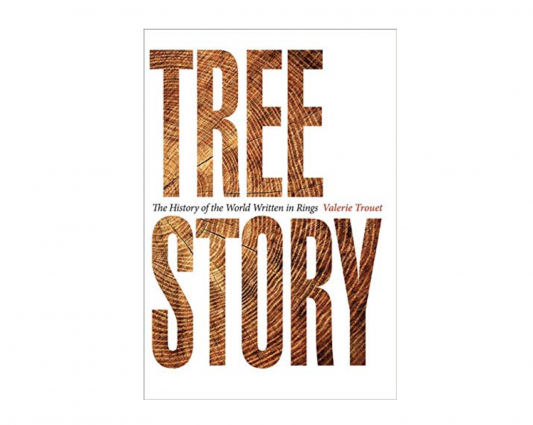 In 2008, an article in Science1 argued that investments in hydrologic and other water planning need to account for anthropogenic climate change. For many involved in designing dams, dikes and water supply schemes the concept of accounting for climate change was new. In her compelling book Tree Story, Dr Valerie Trouet shows that in fact it was not new. Already in 1976, dendrochronologists2 had used tree rings to reconstruct the Colorado River runoff record back to the year 1521. They found that the long-term average flow was more than 20% lower than the flow used for the allocation and division of the water that happened in 1922. They further found that the longest period of high flow in the 450-year record occurred in the early twentieth century, from 1907 to 1930, right when the 1922 agreement was drafted. The negotiators based their allocations on the couple of decades’ data that were available at the time, but that were not representative of long-term runoff.

Notwithstanding its title,Tree Story is all about climate change and water. In the example above, tree rings were used to reconstruct the streamflow — both tree rings and streamflow are controlled by the same hydroclimatic factors, such as snowfall and evapotranspiration.

In her very accessible book, Dr Trouet tells us how dendrochronology evolved into a primary tool for studying the interactions between trees, climate, water and humans. Generally speaking, in wet years, with lots of snow and rainfall, trees grow well and form wide rings. In dry years, they suffer and form narrow rings. By counting and combining this information with other (proxy) information, climatological records (tree-ring chronologies) have been established that are precise by the year and more than 10 000 years long. “The longest continuous tree-ring record, the German oak-pine chronology, covers the past 12 650 years without skipping a single year.”

In a story line that follows her career from field work in Africa to research institutions in Switzerland and USA, the reader is taken on a journey through deserts, where trees are scarce but often old, along flooding rivers and changing hydrological regimes including mega-droughts that made ancient cultures disappear, to pirate ships that have benefited from a climatological optimum. Her book is not only about ‘counting rings’ but about the interactions between trees – including archaeological and historical wood – and the environment: the climate of past millennia, and the impact of earthquakes, sunspots and volcanoes. Trouet reveals how climate changes have impacted societies around the globe – including the Roman, Mongol and Khmer Empires, and how dendrochronology, together with hydrology and climatological teleconnections, has helped to discover these impacts. Many scales are covered: from wood cells smaller than the diameter of a strand of human hair to the winds that are triggered by the North Atlantic Oscillation. In passing we learn about the history of wood use and deforestation, big forest fires, and discover the provenance of old violins.

Tree Story is a very timely book by a key scientist; its strong messages are based on high-level science, but it reads like a rollercoaster that is funny at times. The book is excellent in its message about the importance of advances in natural science for a livable planet. It will easily be your Book of the Year.