Water Security in a Changing Climate 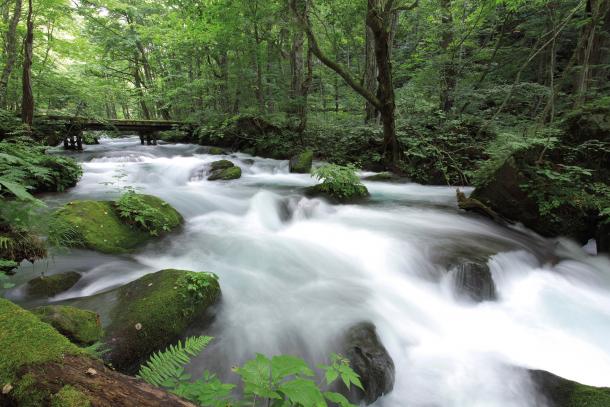 Water Security in a Changing Climate

The notion of “the water world we want” is a spin-off of the United Nations campaign The World We Want. It is open to subjective interpretation, as people have different perceptions of a desired future. Each person or organization is likely to identify their own set of key concerns: food, clean (uncontaminated) water, sustained agricultural productivity, sustainable use of land and ocean resources, healthy lives and secure livelihoods. But whatever utopian world view one creates, it cannot be achieved without adequate sustained water supplies.

In 2009, the then United Nations Secretary-General Ban Ki-Moon noted:

It is well known that water is life; what this Report shows is that water also means livelihoods. It is the route out of poverty for individuals and communities. Managing water is essential if the world is to achieve sustainable development.

This challenge is even more pressing as the world confronts the triple threats of climate change, rising food and energy costs, and the global economic crisis. All three are exacerbating poverty, inequality and underdevelopment.

Foreword to UNESCO (2009) report on Water in a Changing Climate

It is apparent that climate, water and weather-related concerns are mounting. Societies are becoming increasingly aware that impacts of extreme hydrometeorological events expected to occur in, say, the 2050s are starting to appear decades earlier. These extreme events – related to climate change – are likely to increase in frequency, intensity and severity.

The world we have

Many people believe that clean water is in endless supply. After all, the global ocean makes up 71% of the Earth’s surface and contains the largest share of the planet’s water supply. The expectation is that scientists will one day devise ways to make the ocean’s saltwater potable. However, freshwater is, and will remain in the next few decades, a critical resource worldwide.

Getting to the world we want: “connecting the dots”

“The water world we want” is a motivational notion to stimulate thinking and action to reduce water insecurity, with the well-being of future generations in mind. It is therefore a social invention that can be defined as an idea or a slogan that motivates large numbers of people to take action. Successful social inventions can have as great an effect on humanity as new scientific or engineering breakthroughs.

Thinking about water in a world we want generates an image of a child’s game called Connect the Dots. The picture that appears after connecting the numbered dots is often surprising. This may be a way of raising awareness of the interdependencies among climate, water, food, health and energy activities. The diagram below provides an overview of connecting the dots. It is one perspective of a multifaceted process to move towards the world we want that has water for all.

The world we want

There are many reports about “water affairs” that span different disciplines. Some of these are on the growing scarcity of water, competing demands for and access to water, water conflicts and hot spots, water pollution, human health and so forth. New water-related issues and conflicts are occurring around the globe dai

Demands for access to water, which is essential for meeting basic human needs – drinking, cooking and hygiene – can create conflict among stakeholders with various needs, wants and demands:

It is difficult for those in water-fortunate situations to relate directly to people who spend hours every day searching for water. Water quantity cannot be viewed by itself, because its availability and societal access, as well as increasing demands, are highly variable in both time and place. Gaps that exist between “water haves” and “water have-nots” must be addressed. Throughout history, societies have found reasons and devised means to move water from places of excess to places in need. These methods include using viaducts, surface and underground irrigation schemes, river diversions, rainfall harvesting techniques, water impoundment in dams, reservoirs, and artificial ponds and lakes.

The health, food or energy we want

Water is crucial for human and ecosystem well-being, agriculture, energy and public health. No one can deny that water is vital to life and is increasingly difficult to access, especially for poor people and communities that survive at margins of society with few resources and no political influence. However, it is extremely important to note that water crises are appearing in industrialized and emerging societies with regard to water quality for human consumption (e.g. Flint, Michigan, USA) and with regard to water quantity (e.g. Cape Town, South Africa).

Without clean water, communities cannot practice healthy hygiene, wash or prepare foods, nor help people to replenish fluids. Approximately 842 000 people die each year from diarrhoeal disease associated with drinking unsafe water – almost half are children under the age of five (WHO, 2018).

The figure below defines the water footprint needed to produce a specific amount of grain crops and meat items. Food supply is dependent on the timely availability of water in adequate amounts, and varies among crops. Some (e.g. rice) thrive only with an abundance of water. Others (e.g. sorghum) fare well under dry conditions. Still others need both conditions to occur at various phases of their growth cycle. With a warmer global climate, the uncertainties that have surrounded agricultural activities in the past are likely to increase.

We cannot have the water we want, without the climate we want

What might be considered a great climate for one region may not suit the needs of another region. Even within a region, there are different climate conditions that are favoured, depending on climate-dependent livelihood activities.

The impacts of climate change are not just about record-setting climate, water or weather extremes. There are always high-impact events that affect societies, especially highly vulnerable, at-risk populations. As global to local climate temperatures increase, researchers anticipate an increase in the frequency, intensity and severity of hydrometeorological extremes.

International negotiations have taken place since the late 1980s on climate change science, impacts and policy, right up to the third session of the Conference of Parties (COP) of the United Nations Framework Convention on Climate Change in Kyoto, Japan. Since the signing of the Kyoto Protocol in 1997, governments around the world have increasingly taken a serious interest in the causes and possible impacts of global warming on their countries’ economies and policies, and the well-being of their populations and ecosystems.

Deliberations have heightened since then, taking on increased urgency nearly every year until the Paris Agreement was adopted at the twenty-first session of the COP in 2016. This Agreement is proof that a large majority if nations are serious about finding a pathway to prepare for this century’s uncertain variable and changing climate, water and weather future. Succinctly capturing this hopeful, if not optimistic view, Rahgav (2017) noted “The Paris Agreement is the most inclusive global agreement on climate change to date… Paris… set a global goal to which every country has agreed to contribute. While it does not bind any one country to any one solution, it focuses all players on the same challenge.”[1]

Without the climate policies we need, we are back to the world we had

By signing the Paris Agreement, countries have agreed that global warming is a threat to well-being and there is a need to prepare for a new climate normal. This normal will continue to increase from decade to decade in the absence of effective limits on greenhouse gas emissions. Many governments are beginning to assess approaches to adjust activities of civil society to a new climate normal. But what about the water?

Are countries preparing for a new water normal?

It seems that most environmental problems in which humans are involved are taking place imperceptibly because they are low grade, incremental and cumulative over the long term. Seemingly insignificant problems from one year to the next become environmental crises in several years or decades. These problems include, but are not limited to, tropical deforestation, soil erosion, ozone depletion, greenhouse gas emissions, air pollution and water pollution.

Many water and water-related problems are due to creeping environmental changes. They appear most often at the subnational to regional levels. Societies have difficulties recognizing and coping with slow-onset, incremental, imperceptible but cumulative changes in the environment, so there is a tendency to deal with it later.

Water demand is also a creeping change, because of societal factors such as population increase, expansion of water-intensive industrial processes, increasing affluence, migration and the likely increase in variability in extreme hydrometeorological events as the global climate varies and changes. Related extremes – droughts, floods, flash floods, tropical cyclones and others – will not only appear in the currently identified vulnerable regions, but will also occur in unsuspected new regions.

While countries on opposite sides of the planet may be struggling with similar water issues, they are generally most concerned about resolving their own crises. Perhaps a social invention could be devised that would bring together spatially disparate groups with varied interests to work together to resolve the planet’s range of water crises and to work towards the water world we want.

The issues outlined above are being addressed globally, and many ideas have been proposed on how to prepare for the foreseeable scarcity of freshwater resources in many countries, as climate change continues unabated (http://www.circleofblue.org/2010/). Though good ideas abound, actions are not keeping pace. Actions are usually stimulated by an unexpected or rare climate, water or weather disaster. However, societies do not have to wait for their own hydrometeorological disasters to learn lessons that have been learned by countries already experienced in such disasters.

In the 1970s, the United Nations convened several awareness-raising conferences on the human environment, food, population, water, habitat, desertification, climate and technology. Now may be a good time to re-visit the concerns and action-oriented lessons and recommendations. This article could serve as a moment for reflection about where we have been on water issues, where we are now and where we need to go to have the future “water world we want.”