Weathering the Risk of Climate Change 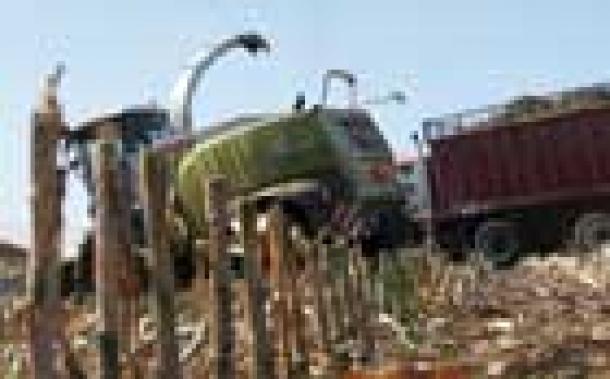 Weathering the Risk of Climate Change

by Chiemi Hayashi1 and Thomas Kerr2

Climate change is as hard on the economy as it is on society. Extreme weather and climate events have exacted a heavy toll in recent years, taking hundreds of thousands of lives and causing upward of US$ 380 billion in economic losses – a tally that is expected to double every 12 years.3 But beyond the grim figures, the effects of “catastrophic convergence” are far more devastating where droughts, floods and other climate events directly correlate with violent outbreaks, political upheaval and even civil war.

The World Economic Forum’s Global Risks 2012 report listed water supply and food shortage crises, as well as extreme volatility in energy and agriculture prices, as three of the top five risks in terms of global impact. Determined by nearly 500 experts from industry, government, academia and civil society, these risks also scored high in terms of likelihood. More than a straightforward inconvenience, disruptions in food supply and volatile prices can be directly linked to social unrest. In areas that do not have sufficient domestic grain production, and which are thus dependent on imports, the problem is quickly exacerbated as grain prices rise. For example, the 2007 – 2008 food protests in Tunisia, Yemen, Egypt and Morocco, among others, are considered a major factor in the Arab Spring.

This year, record low rainfall in the United States has decimated crops such as corn and soybeans. Their prices have more than doubled in the past year, prompting warnings of knock-on effects in the developing world.

Better managing environmental risks would contribute to more resilience, which the Forum defines as the capacity of an organization, community or country to continually evolve and adapt to gradual changes and sudden shocks while remaining able to fulfil its core function. Yet, progress on this front has been hindered by a lack of collaboration between weather data and science experts, as well as between the public and private sector. Coordination is particularly important as weather affects everyone. Further, greater collaboration among stakeholders is needed to improve access to climate-related data and prediction tools.

While meteorologists currently excel in short-and very long-range weather forecasting, mid-range (six to nine months) forecasting techniques have not been sufficiently developed. Improvements here would allow concerned industries and governments precious time to implement mitigation measures. The algorithms and complex mechanisms for gleaning this kind of data exist; but society needs better cooperation and shared investment in order to put them to use.

Given the world’s interdependence, the first line of defence is to build resilience collectively. This is an endeavour best carried out in a multi-stakeholder and interdisciplinary setting such as the World Economic Forum’s Risk Response Network, which is comprised of over 1 000 international leaders and experts from government, industry, academia and international organizations. Further, given the interconnectedness of global risks, any comprehensive effort to understand their interdependence is typically beyond the resources and capacity of any single organization or stakeholder. The Risk Response Network’s annual Global Risks report maps the 50 most prevalent global risks and analyses their perceived likelihood and impact over a 10-year time horizon. It defines global risks as having “global geographic scope, cross-industry relevance, uncertainty as to how and when they will occur, and high levels of economic and/or social impact”. Global risks, it stresses, require a multi-stakeholder response.

Africa suffers from some of the highest levels of climate vulnerability in the world. According to the Pan African Climate Justice Alliance 4, more than 50 per cent of the continent’s total export value and 21 per cent of its total GDP rely on agriculture. Given increasingly frequent weather and climate extremes, the risk to African coastal cities of flooding and deaths from extreme heat exposure and disease is rising. At the same time, the Horn of Africa and other key agricultural regions are more at risk of severe drought and floods. Kenya, for example, has recently seen a devastating impact on food production affecting both its population and economy. Businesses in the region will experience higher costs due to a decrease in worker productivity, supply chain disruptions and insurance losses. Earlier this year, the World Economic Forum on Africa, in Addis Ababa, brought together a variety of industry peers who were keen to better understand their risks and share new ideas; such collaboration will become increasingly crucial. 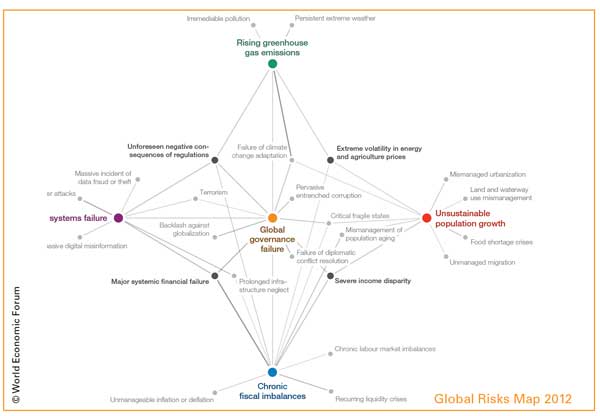 A Vision for Managing Natural Disaster Risk (2011), a World Economic Forum publication, outlines recommendations to improve risk management and reduce the impact of natural disasters. The report, written in collaboration with the Arup Group Ltd., Lloyds of London and Swiss Re, among other companies, encourages preparedness by using the resources of both the public and private sectors. As we examine the consequences of natural disasters and climate change, including food security, several issues must be considered. Many countries lack the knowledge, capacity and resources to deal with natural disasters. Unfortunately, when these disasters occur the public sector is often paralyzed by damaged infrastructure and unable to cover the costs of emergency and relief efforts.

Lack of overall risk planning and investment in resilience measures, with too much focus on post-disaster response, leads to increased loss of life, suffering and damages. People in developing countries are generally more exposed to natural disasters, particularly through a higher dependency on agriculture and increased vulnerability to the natural environment. However, these countries are not capable of protecting themselves, due to lower levels of physical and financial preparedness as a result of low income and insurance penetration.

Implementation of the following prevention and mitigation measures can have a significant impact on the extent of suffering after a natural disaster:

The Global Framework for Climate Services, which includes the mitigation of disaster risks as one of its priorities, will have an important role to play here. Its User Interface Platform will provide the structure for the population at large, the private sector, policy-makers, climate researchers and climate service providers, to interact and achieve change. Such an exchange is essential to enhance preparedness for disasters and coordinate efforts and initiative across both the public and private sectors.

Despite the worst-case scenarios, improved risk assessment and mitigation practices can minimize financial loss, increase social stability, and improve disaster-response efficiency in the face of droughts, flooding and other climate events. For example, a major reforestation project to restore China’s environmentally degraded Loess Plateau helped to lift 2.5 million people out of poverty and secure food supplies in the face of frequent droughts.

What can governments and businesses do to manage climate risks and disasters whether in Africa, North America or elsewhere in the world? While the situation is serious, there are, after all, silver linings of opportunity to the heavy clouds.

In order to specifically address these issues, leading companies from the finance, infrastructure, energy and agriculture sectors joined with public finance institutions to launch the Green Growth Action Alliance (G2A2). With a secretariat hosted by the World Economic Forum, it focuses on a wealth of opportunities for combating climate change, including: advancing country pilots, unlocking financing for key technology development in the areas of sustainable/renewable energy, water infrastructure, energy efficiency and agriculture/aviation biofuels. Collaboration activities include convening government leaders, Chief Executive Officers and Alliance members to review progress and launch investments at the UNFCCC COP 18 in Qatar this December and at the World Economic Forum’s annual January meeting in Davos. Additionally, the World Economic Forum’s Global Agenda Council (GAC) on Climate Change is advancing a roadmap for public and private investment regarding adaptation strategies to help shape this agenda as it moves forward.

As climate change transforms the world and we grapple with its many consequences, we should bear in mind that it is an issue that concerns us all. When it is too late for prevention, focusing joint efforts on mitigation and adaptation can help to alleviate the pressure imposed by highly interdependent risks.