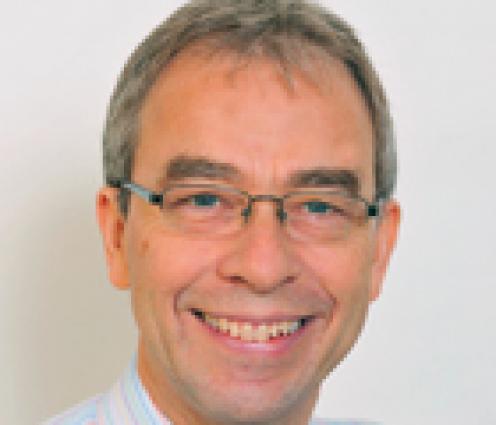 Professor Alan Thorpe is the Director-General of the European Centre for Medium-Range Weather Forecasts (ECMWF) and a founding member of THe Observing system Research and Predictability EXperiment (THORPEX)
programme. Under the skillful leadership of the Professor and Dr Mel Shapiro, Co-chairs of the THORPEX International Science Steering Committee, the THORPEX International Science Plan – which lays a foundation for the initiative and provides a 10-year plan for its development – was completed in 2004. THORPEX is a core component of the WMO World Weather Research Programme (WWRP).

THORPEX is an international research programme to accelerate improvements in the accuracy of 1-day to 2-week high-impact weather forecasts. These improvements will lead to substantial benefits for humanity as we respond to the weather related challenges of the 21st Century. THORPEX research sub-programmes address: (i) global-to-regional influences on the evolution and predictability of weather systems; (ii) global observing system design and demonstration; (iii) the targeting and assimilation of observations; and (iv) societal, economic and environmental benefits of improved forecasts. THORPEX addresses weather research and forecast problems whose solutions will be accelerated through international collaboration among academic institutions, operational forecast centres and users of forecast products.

Despite the fact that THORPEX will only be concluded at the end of 2014, many of the aims have already been achieved. The experience has once again shown how research cooperation with the WMO community can accelerate advances in predicting high-impact weather to benefit humanity and continuously improve the systems supporting the World Weather Watch (WWW).

Below is an interview with Professor Thorpe.

The importance of the WWW for ECMWF’s success

The WWW Programme was initiated a decade before ECMWF was established. Do you consider the WWW a precursor of ECMWF, and did the thinking behind the WWW influence the establishment of the European Centre?

International collaboration in meteorology was developing in the 1960s and it was strengthened fundamentally by the establishment of the WWW Programme in 1963. Another major landmark was the Global Atmospheric Research Programme, GARP, established in 1967 and its First GARP Global Experiment, FGGE. The early successes of GARP at the beginning of the 1970s demonstrated that more could be achieved through international collaboration than by any one country acting on its own. Around the same time, 19 countries in Europe decided to join forces and establish a centre for numerical weather prediction (NWP) research, supercomputing and production of numerical forecasts – that is ECMWF. So in that sense I believe that the WWW Programme was a precursor of ECMWF. At that time it was already understood that progress in NWP and the activities at ECMWF would depend crucially on the global exchange of observations and the technical infrastructure that was being coordinated and built under the WWW.

Is there evidence to show that the WWW Programme has contributed to improving the skill of global NWP?

Observations from the WWW’s global network are essential for initializing models, and the satellite era has brought huge data volumes to bear on the problem. But without a scientifically credible way to “fill in the gaps” in those observations using prior forecasts as an input – data assimilation – those observations could not have been used as effectively.

The predictive skill of global NWP over the last 30 years has improved by about one day per decade. In my view that success is due to improvements in scientific knowledge about weather, computational technology, and observations and their utilization. It is clear to me that the WWW and international collaboration in weather science have contributed substantially to this success.

The figure shows a time series over most of ECMWF’s life and it quantifies the improving skill over these decades in 3, 5, 7 and 10-day forecasts. It shows the anomaly correlation as a percentage for the 500 hPa height field, separately for the northern and southern hemispheres. Improved observations (satellites) and data assimilation meant that in the late 1990s, the gap between skill levels in the two hemispheres largely closed.

Is this historical rate of improvement set to continue?

Our results show that skill continues to improve at a similar rate of about one day per decade even today. The associated challenges for the WWW are to continue to address the remaining gaps in the observation coverage, such as Africa and the Arctic, both of which can affect predictions for Europe and elsewhere, and to ensure ongoing funding to support the cost of the operational satellite programmes.

At the present time we have global NWP models with predictive skill up to one to two weeks ahead with a resolution of around 15 km. How can the WWW contribute to further extending the range of predictive skill beyond the first two weeks?

Weather and climate forecasts depend on there being predictable signals in the system. Major advances have been made in the understanding of both the sources of predictability and unpredictability in numerical predictions. For example, fundamental progress was made by using the concept of chaos.

Although the atmosphere’s dynamics are chaotic in nature, there are sources of predictability on all time scales. For example, North Atlantic sea-surface temperature variations have been linked to wet/dry conditions one month ahead in Europe. Also the Madden-Julian Oscillation stimulated by convection in the tropics triggers planetary-scale Rossby wave trains reaching into the extra-tropics and high latitudes with a time scale of up to a month. There are two other good examples that readily come to mind: the stratospheric quasi-biennial oscillation (QBO) influences weather regime transitions and the onset of the Indian Monsoon, and the El Niño Southern Oscillation in tropical sea-surface temperatures influences the large-scale weather patterns globally on seasonal time scales.

The long-term evolution of forecast skill for the ECMWF forecasting system for 3, 5, 7 and 10 days. The thicker curve (line) in each pair is the northern hemisphere, the thinner the southern hemisphere.

The prospect of exploiting the predictive modes of variability depends crucially on the availability of good quality observations of the atmosphere, ocean and land surface, and efficient mechanisms for their global exchange. In all these areas the WWW continues to play a crucial role.

Having mentioned the critically important sources of predictability one has to remember that imperfect knowledge of the science and uncertainties in the initial conditions and modelling system all contribute to major sources of unpredictability. But the science of NWP has advanced by using scientific principles to both reduce and quantify these uncertainties. This is done
through ensembles.

To explore the range of uncertainties in the forecasts, NWP centres have developed parallel realizations with slightly varying initial conditions and model physics. Each member of the ensemble is a scientifically credible prediction, with perturbations designed so that the forecast is reliable. And by reliable I mean that the predicted chance of an event happening matches the frequency with which it actually occurs. The ensemble as a whole enables forecast probabilities of weather events to be evaluated at all time ranges. In this way, each forecast can be associated with an estimate of its uncertainty – exactly what decision makers require.

You have emphasized that science, observations, and computer technology have advanced because of a high degree of international collaboration, and this has led to continuing improvements in NWP. Would you expand on that a little?

The weather and climate communities, including all those involved in scientific research and operational activities, are perhaps the most collaborative of any in science. The WWW and GARP aimed to stimulate a step-change in our ability to observe and forecast the weather. By almost any measure they succeeded beyond anyone’s wildest dreams.

Since then, thanks to the WMO, the International Council for Science and other international bodies, weather and climate science has continued to benefit hugely from collaborative international programmes (such as the World Weather Research Programme’s THORPEX) to bring scientists together to work on common problems. History shows that, whilst we can get bogged down in thinking about competitive skill advantages, in fact we all progress because of a collective international effort.

The THORPEX programme is coming to an end in 2014 – how do you see its legacy developing in the future?

Three new projects are being established as a THORPEX legacy and these will be strongly supported by ECMWF – I hope other institutions and countries will do likewise. For example, ECMWF will continue to host the THORPEX Interactive Grand Global Ensemble (TIGGE) archive of multi-model medium-range ensemble forecasts, and we aim to extend it to include monthly forecasts from the Subseasonal-to-Seasonal project. In addition, NWP forecasts from ECMWF and other centres will benefit from the scientific advances coming from the Polar Prediction and High-Impact Weather projects.

Finally I want to advertise the World Weather Open Science Conference to be held in Montreal in August 2014, which I hope many will choose to come to – it’s the first open weather research conference ever held!

1 Head, Meteorological Division ECMWF, member of the WMO Expert Team on the Evolution of GOS, and WMO Rapporteur on Scientific Assessment of Observation Impact in NWP