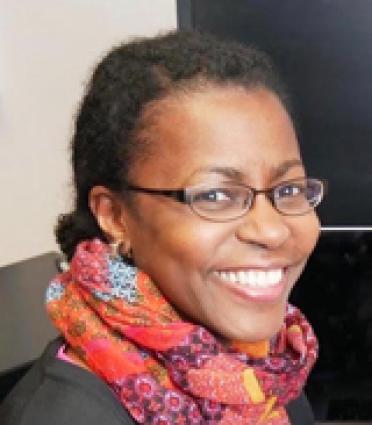 “Find good mentors. Do not be afraid to ask questions, not only about academics but also about other ways of building a career, including on how to create a network.”

Dr Arlene Laing is the Coordinating Director of the Caribbean Meteorological Organization (CMO) and the Permanent Representative of the British Caribbean Territories with WMO. She is well-known in several areas of meteorological research, such as tropical meteorology, thunderstorm systems, flash floods and mitigation, and satellite meteorology. She is the author of several publications, including Introduction to Tropical Meteorology, as well as a co-author of the award-winning Meteorology of Tropical West Africa: The Forecasters’ Handbook. Prior to joining CMO, Dr Laing was a Scientific Analyst at the NOAA/Earth System Research Laboratory. Earlier, she has worked as a forecaster in Jamaica and as a scientist at the US National Centre for Atmospheric Research. She has also held various academic positions, among which Assistant Professor at the University of South Florida and Adjunct Professor of North Carolina State University.

“My greatest achievement is going from a little village in rural Jamaica to high levels of the international scientific community, while helping others to advance in their academic and career prospects.”

Dr Laing became interested in the atmosphere at the age of nine when she received a book about the weather as a prize in primary school. She still remembers how her geography teacher taught students to log weather observations using instruments like a barometer, a dry- and wet-bulb thermometer, and the Beaufort scale. With a Caribbean weather map book, they drew isobars and tracked hurricanes. She was fascinated and decided to become a meteorologist. After receiving her Bachelor of Science with honours in Barbados, she pursued her graduate studies in meteorology in the United States and was a postdoctoral fellow at the Cooperative Institute for Research in the Atmosphere.

Overcoming challenges and key to success

One of her biggest challenges came in mid-career, when Dr Laing lost her job as part of a large reduction in staff. She was able to overcome this by learning new skills, using her professional network to find new opportunities, and making use of career counselling. She stayed connected to her professional community, doing community service and attending meetings.

Dr Laing believes her key to success was an early love for science and mathematics, continuous learning, good teachers that encouraged seeking knowledge and academic excellence, and the fellowship she obtained from the Organization of American States that allowed her to pursue her graduate studies and grow personally and professionally.