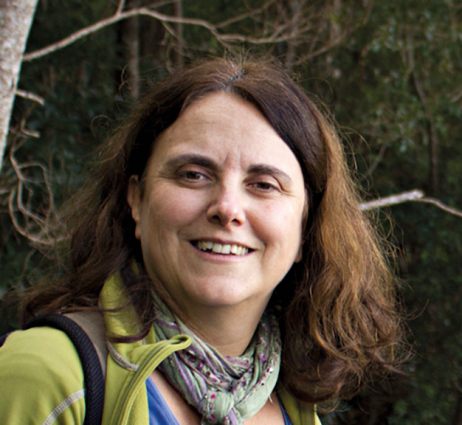 From a very young age, Carolina Vera has been fascinated by the weather. Inspired by her mother who taught her to admire natural phenomena, such as clouds and heavy storms, she decided to pursue a career in applied physics. Ultimately, she chose to study meteorology, which allowed her to combine her interests in weather and climate as well as in math and physics.

When Carolina started her PhD at the University of Buenos Aires (UBA), she quickly became aware that being a woman working in science had both advantages and disadvantages. She realized that some male senior scientists and professors treated her differently from her fellow male students. For example, one of the professors did not feel comfortable discussing science topics with her during meetings and even went as far as to tell her: “I don’t want you to contradict me in public.” With her strong personality and the support of her advisor and mentor, Eugenia Kalnay, Carolina was able to overcome these issues and find her own way as a scientist.

Despite its challenges, being a woman from a developing country gave Carolina the opportunity to participate in international scientific committees and programmes at a very early stage in her career. On some occasions, she was the only woman in a meeting or a committee. Although she grasped these opportunities wholeheartedly, she always worked very hard to show that she deserved to be there on merit and not just because of gender or geographical balance.

“I have been very fortunate to meet amazing women trying to make progress in science. It has been easy for me to encourage and empower them in their career, just by explicitly recognizing their excellent skills and aptitudes.”

Carolina Vera is currently a professor at UBA and the co-chair of Working Group I of the Intergovernmental Panel on Climate Change (IPCC). Her primary work is in enhancing the understanding of climate variability and change in South America and its applications for societal benefits. As a professor at the University, she has been very fortunate to meet amazing women who are passionate about advancing science. By explicitly recognizing their excellent skills and aptitudes, she encourages and empowers the careers of her students and is always ready to discuss any issues with them as well as find common solutions. She recognizes that it is an important role that every professor should have, but believes that it is particularly inevitable for female teachers to empower female students.