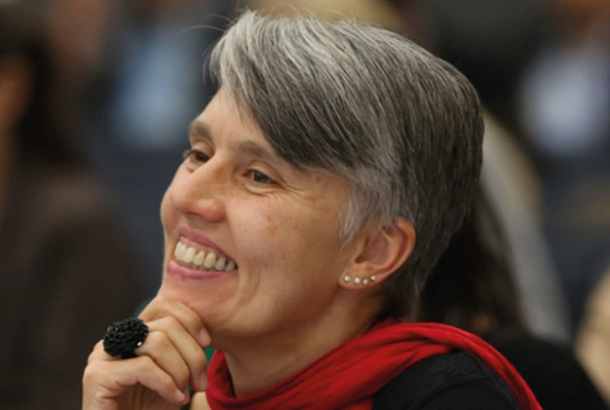 After completing her PhD in Urban Biogeography at the (then) University of Natal, South Africa, Debra Roberts initially pursued a career as a researcher.  Her doctoral and post-doctoral research, however, highlighted the fact that academia at the time was not responding effectively to the challenges faced by urban policymakers and practitioners. In 1994, she decided to leave academia to join the local government, where her scientific knowledge could make a difference in the country and city she lived in.

Transitioning from science to practice, Debra faced several challenges. She describes, “once you become a practitioner you are no longer considered to be a scientist by many of the members of the more traditional scientific community. Practice is still seen by many traditional scientists as being unscientific.” In order to bridge this divide, Debra and her team have published their work in peer-reviewed literature to demonstrate that practitioner-scientists are an important source of knowledge. After joining local government, Debra found herself working in what was then a very traditional, hierarchical and male-dominated environment. Debra’s response was simply to get on with the job and let her work speak for itself.

Do not be deterred or intimidated, just keep your eye on the ball.

This hands-on mentality led her to establish the Environmental Planning and Climate Protection Department of eThekwini Municipality (Durban, South Africa). In 2016 she was given the responsibility of establishing the new Sustainable and Resilient City Initiatives Unit in Durban and is the city’s first Chief Resilience Officer. Furthermore, she is the Co-Chair of IPCC Working Group II.

By providing strong, clear and consistently focused leadership, Debra has become a living example that women can be influential leaders, and that practitioner-scientists can help change the mainstream debate. Furthermore, she has also encouraged members of her team to study further and has established research partnerships with the local university in order to encourage and train the next generation of practitioner-scientists.

Debra’s words of advice, “Never leave the room – it is difficult to provide a bridge between the science and practice communities and often you will not fit in comfortably with either. Do not be deterred or intimidated, just keep your eye on the ball and know that it is the practitioner-scientist who has the greatest chance of changing the world.”