A career in meteorology 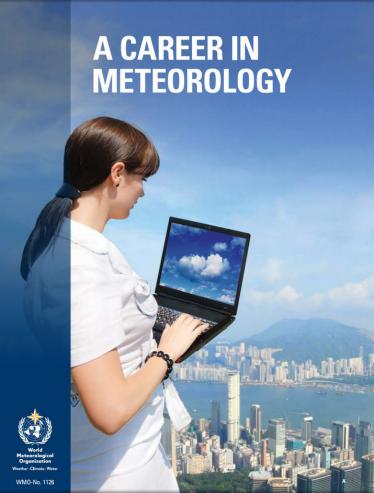 A career in meteorology

This book is a brief introduction to a career in meteorology. [...] This second edition of A Career in Meteorology is being published to mark the 2014 World Meteorological Day, whose theme is “Weather and climate: Engaging youth”. Since the first edition was published in 2006, weather and the related concerns of climate and hydrology have gained an increasingly high profile. In 2007, the Intergovernmental Panel on Climate Change (IPCC), established by the World Meteorological Organization and the United Nations Environment Programme, won the Nobel Peace Prize. Today, weather and climate are featuring prominently in the development of the United Nations post-2015 Sustainable Development Goals and of the post-2015 phase of the Hyogo Framework for Action on disaster risk reduction.